If you think Maiah Stewardson from Amphibian looks familiar, it may be because you’ve seen her as high school mean-girl Jade in the film adaptation of Girl Asleep.

Daniela Frangos spoke to Stewardson about how far the 20-year-old’s career has come since the 2015 film.

Maiah Stewardson is a natural. That’s not to diminish the hard yards she’s put in over the years – from acting classes to cutting her teeth on local stages to sowing the seeds for her own production company, which is set to launch in a few months. But it’s clear the Adelaide performer was destined for an audience.

“My parents shoved me into an acting class when I was seven because it was very clear I needed that creative outlet,” says the now 20-year-old actor.

“The killer”, she says, was a “next-level” show-and-tell. “I remember we had to do a show-and-tell on something beginning with “A” and everyone showed a picture of an astronaut or an acrobat and I came as an actress – I came as myself and did a show for my year two class. The teacher had to cut me off.”

In her own words, Stewardson was “very imaginative” and a “troublemaker” as a child. “Socially I found it really difficult to connect with people my age, because I was living on a different planet.” But that changed when she met a group of like-minded kids. “The best thing about acting class was I was introduced to a community of young people who were exactly like me – who saw the world exactly the way I did.

“10 years later I’m still making art and working on shows with all of these kids I met when I was seven.” 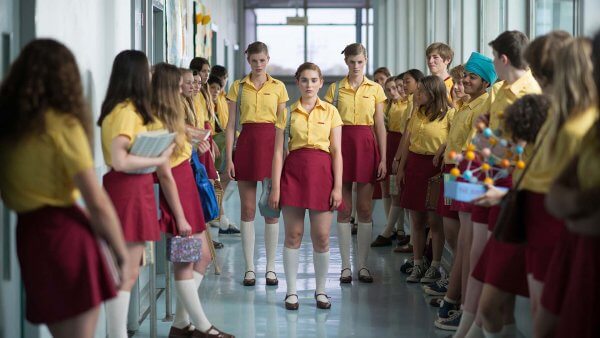 At 16 she was cast in Windmill’s critically acclaimed, multi-award-winning film adaptation of Girl Asleep. Stewardson played mean-girl Jade – the nemesis of the meek and mild Greta.

“I’d never played a high-status character before that,” says Stewardson. “I thought I was only ever going to be able to play the shy introverted girl-next-door character. A few years later when I was 18 I did a modern interpretation of [classic Henrik Ibsen play] Hedda Gabler and I was playing Hedda – who’s quite an intense character – and I probably wouldn’t have had the courage to tackle that sort of role if it hadn’t been that I played this high-school bitch.”

Stewardson’s work with Windmill, a company praised for its genre-crossing productions, opened up a “whole new world of storytelling”. “What I really like about Windmill – and all of Windmill’s work – is it fuses all these different modes of art,” she says. “The idea that you can borrow techniques from film and art and circus and theatre and fuse it all together… that’s the kind of work I like to create.”

It tapped into all her passions, which also include spoken word poetry, physical theatre and singing. “I knew I wanted to make stuff that drew on lots of different art forms because I’m obsessed with pretty much every art form … but it was nice to go, ‘There’s a company that does the sort of work that I really love.”

“I’m so excited for… the conversations they’re going to have in the classroom after about social justice and truth and friendship and identity.”
Maiah Stewardson

When the opportunity arose to work with the company again – as a lead in its new stage production Amphibian – it was a no brainer. “When my agent called me … I was like, ‘Absolutely, let’s go’,” says Stewardson. “There were opportunities along the way for me to audition for other works – film and TV – but I said flat out, ‘I’m not auditioning for anything that clashes at all’. I have such huge respect and admiration for this company and the artists it employs so to work with them again is a dream.”

In Amphibian, Stewardson plays “misunderstood” high-school student Chloe, who’s struggling to adjust to life as the new girl after her family moves from Sydney to Adelaide. “She’s really afraid of being excluded and quite lonely,” says Stewardson. She soon finds common ground with fellow student Hassan, who’s also had to leave his home for a new life.

The powerful and human story tackles the global refugee crisis against a high school setting (hear more from the writer and director here). Stewardson thinks it’s important young audiences are exposed to such burning global topics.

“I’m so excited for schools to come and see the play and the conversations they’re going to have in the classroom after about social justice and truth and friendship and identity.” 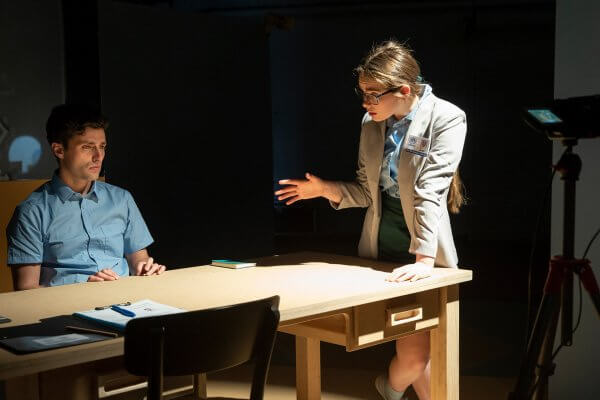 They’re themes Stewardson readily seeks out in her acting roles. “I like to find a universal story and try to tell it in as many ways as possible, because naturally everyone’s brain is different and we all receive art and ideas and messages quite differently,” she says. “I’m also really interested in the mind and self-awareness and identity, particularly in younger people.

“I love playing teenagers that are stroppy or having an identity crisis because you get to play them with a sophistication and a sensitivity. I love playing characters that are dealing with ideas of … who they are and what their purpose is. I think it’s really interesting.”

Stewardson also spends time behind the camera. This year she went into “full overdrive” producing and directing her own work, which will soon culminate in the launch of her own production company. She recently shot a music video for emerging local singer Indy Stanton, who approached Stewardson on Instagram. “She said, ‘Hey you can have full creative freedom – can you please do my music video?’

“Nobody [in the crew] was over the age of 24 … that’s really exciting and rewarding to know that you can generate your own work.”

So what advice can Stewardson impart to someone looking to enter the industry?

“People all around you will tell you it’s not a sustainable career and that nobody makes it but you absolutely never know and if you’re doing it because you love it and because you love telling stories – and believe you can make a change by being an actor or a writer or a director or a painter – go and do that because we need good storytellers, especially with everything that’s going on in the world.”