Chloe and Hassan are sent out of class under suspicion for stealing money while feeding the class axolotl. As the unlikely pair work out who’s responsible, Chloe hears the heartbreaking story of an Afghan boy who has travelled alone, across land and sea, for a better life.

Based on the real-life testimonies of refugees, Amphibian sees past, present and dreams collide in an epic story of displacement, loss and adapting to different worlds.

Poignant, powerful and bubbling with humour, Amphibian is sparkling teen drama that brings one of the most urgent issues of our time roaring onto the stage.

His credits include Black Crow Lullabies; One Long Night in the Land of Nod; Ollie and the Minotaur; Cut; The Love Play; No Exit from the Roof; Half-Real; The Highway Crossing; Ready or Not; Wolf Lullaby; Dreams in White; The Myth Project – Twin; Red Ink; Please Continue; Creditors; The Jungle and Prodigal Jones.

Duncan’s play, Dreams in White is optioned by Madman Productions and he is currently under commission to write the screenplay, White. His TV series, Southend is currently in development with Academy Award-winning producer, Peter Lawson and SA Film Corporation.

Sasha has worked in numerous areas across the performing arts industry in Australia and overseas in the past 25 years. She has been the Artistic Director of D’Faces of Youth Arts, Kurrruru Youth Performing Arts and Associate Artistic Director of the Come Out Festival. She was the Creative Producer of Adelaide Fringe (2009 – 2014), the co-program director for the Royal Croquet Club in Adelaide (2015 – 2018), co-director of the Stirling Fringe (2017, 2018 & 2019) and a producer for Briefs Factory and Hot Brown Honey (2014 & 2015). Sasha has worked extensively with Vanuatu’s Wan Smolbag Theatre (producing three international theatre festivals for the company in 2009, 2014 and 2019) with Aboriginal and Torres Strait Islander artists and communities and as a producer with independent artists and companies across Australia and internationally.

More recently Sasha was the Executive Producer of the Opening and Closing Ceremonies for the mini–Pacific Games (Dec 2017), directed & co directed numerous shows for the 2018 & 2019 Adelaide Cabaret Festival, directed Amphibian for Windmill (2018). Co-ordinated a women’s gathering in celebration of the 30-year anniversary (Nov 2018) of Mura Kosker Sorority in the Torres Strait (Thursday Island) and directed Rebecca Meston’s Drive for Theatre Works in Melbourne (Jun/July 2019), co-produced the third Vanuatu Theatre Festival for Wan Smolbag Theatre (Jul 2019) and was a producer of the Remote Indigenous Media Festival & Torres Strait Performing Arts Festival on Thursday Island (Sep 2019). In 2019 Sasha worked as Creative Producer – Performance and Events at Tandanya National Cultural Institute. In 2021 she was appointed as Associate Director of Windmill Theatre.

Meg Wilson is an Adelaide-based interdisciplinary artist and designer whose practice has spanned installation, performance and set, lighting and costume design.

Recently she has designed set and costume with State Theatre Company of South Australia on Terrestrial (2018), Euphoria (2021), Eureka Day (2021) and Windmill Theatre Company’s Amphibian (2018) and works extensively with Vitalstatistix, Patch Theatre (Lighthouse, AF 2020) and Restless Dance Theatre, for whom she designed the 2018 Adelaide Festival production of Intimate Space and Guttered in 2021.

Ian is an artist specialising in music composition and sound design for theatre, dance, film and radio. He has performed around Australia and internationally, including New York, London, Edinburgh, Dublin, Wellington, Calgary and Vancouver.

He has been nominated for two Green Room Awards for his designs for Jurassica (Red Stitch Actors Theatre in 2016) and for Looking Glass (New Working Group in 2018). He co-directed the dance film Blowfish, which was highly commended at the Dendy Awards, Sydney Film Festival and nominated Best Dance Film at the Australian Dance Awards and the Reel Dance Awards.  He has also produced two original solo albums, Before Winter Sets In and Pendulum.

Mark has worked extensively with Sydney Theatre Company, lighting productions such as Holy Day, Mr Kolpert, The 7 Stages of Grieving and many others. Mark has also lit productions for Ensemble Theatre, Brink Productions, Leigh Warren and Dancers, Bell Shakespeare, Magpie 2, Kitchen Sink and the Productions, The Fever and The Lieutenant of Inishmore for Company B. Mark lit Helly’s Magic Cup for Windmill Theatre Co.

Muzafar Ali is a former refugee from Afghanistan currently living in Adelaide.

At the age of 19, he started working for the United Nations in Afghanistan to coordinate disarmament of local warlords, and worked as a political and human rights analyst. During his work with the UN, Muzafar was threatened by the warlords and corrupt government officials. He survived many life-threatening incidents which led to him to fleeing Afghanistan with his family.

Taking advantage of his work with the UN, Muzafar took photographs of Afghanistan’s remote valleys and people which had never been photographed by contemporary photographers before. His photos have been exhibited in Afghanistan, Korea, Australia, Canada, United States and Holland.

In Indonesia, Muzafar led other refugees to establish Cisarua Refugee Learning Centre, the refugee school in West Java. Muzafar is a co-producer and co-writer of the film, The Staging Post, which focuses on refugee life in Indonesia.

Elyas Alavi is an award winning visual artist and poet based in Adelaide, South Australia. He primarily works in the forms of painting, installation, video art and performance art.

Elyas graduated with a Master of Research (Visual Arts) from University of South Australia in 2015 and a Bachelor of Visual Arts (Honours) in 2012. He has exhibited nationally and internationally in art spaces including Mohsen Gallery (Tehran), IFA Gallery (Kabul), Blacktown Art Centre (Sydney), Jugglers Art Space (Brisbane), SASA Gallery and Fontanelle Gallery (Adelaide).

Elyas is also an internationally renowned poet. He published three poetry books in Persian/Farsi language. First poetry book “I’m a daydreamer wolf” published in 2008 (5th edition published in 2016), in Tehran, followed by “Some Wounds” in 2012 in Kabul and “Hodood” in 2015 in Tehran.

Budding artist Rami Saaid started his performing career in late 2018. Debuting as the voice of “Doctor Saif”, lead mascot of Qatar-based theme park, Juniverse, Rami has also provided voicework in various dialects of Arabic to Pine Gap. He has worked with ActNow Theatre as an actor in the 2019 short play Jum’ah, donning the role of “Musa”. Jum’ah piloted in various schools around South Australia and is set to tour the country in 2021. Rami also lent his acting abilities to the State Theatre Company of South Australia during the production of DeCameron 2.0 in 2020, appearing in two monologues.

What The Critics Say

"A must-see work for teenagers and adults that could help start some important conversations."

"A wholeheartedly entertaining and humanising experience. This is a compassionate piece of theatre told with a punch."

"I left wishing every 12 year old in the country could see this show."

"This is a marvellously strong and compelling story from Windmill. In a time of us-and-them attitudes, Amphibian is an urgently-needed and beautifully-crafted plea for awareness and compassionate action."

"It sparkles with ideas and topics taken from the mouths, hearts and creative minds of school children currently within our education system. In this lies the play’s strength."

"[The creative team] all have considerable form, but the real stars are the refugees, surviving on land and water." 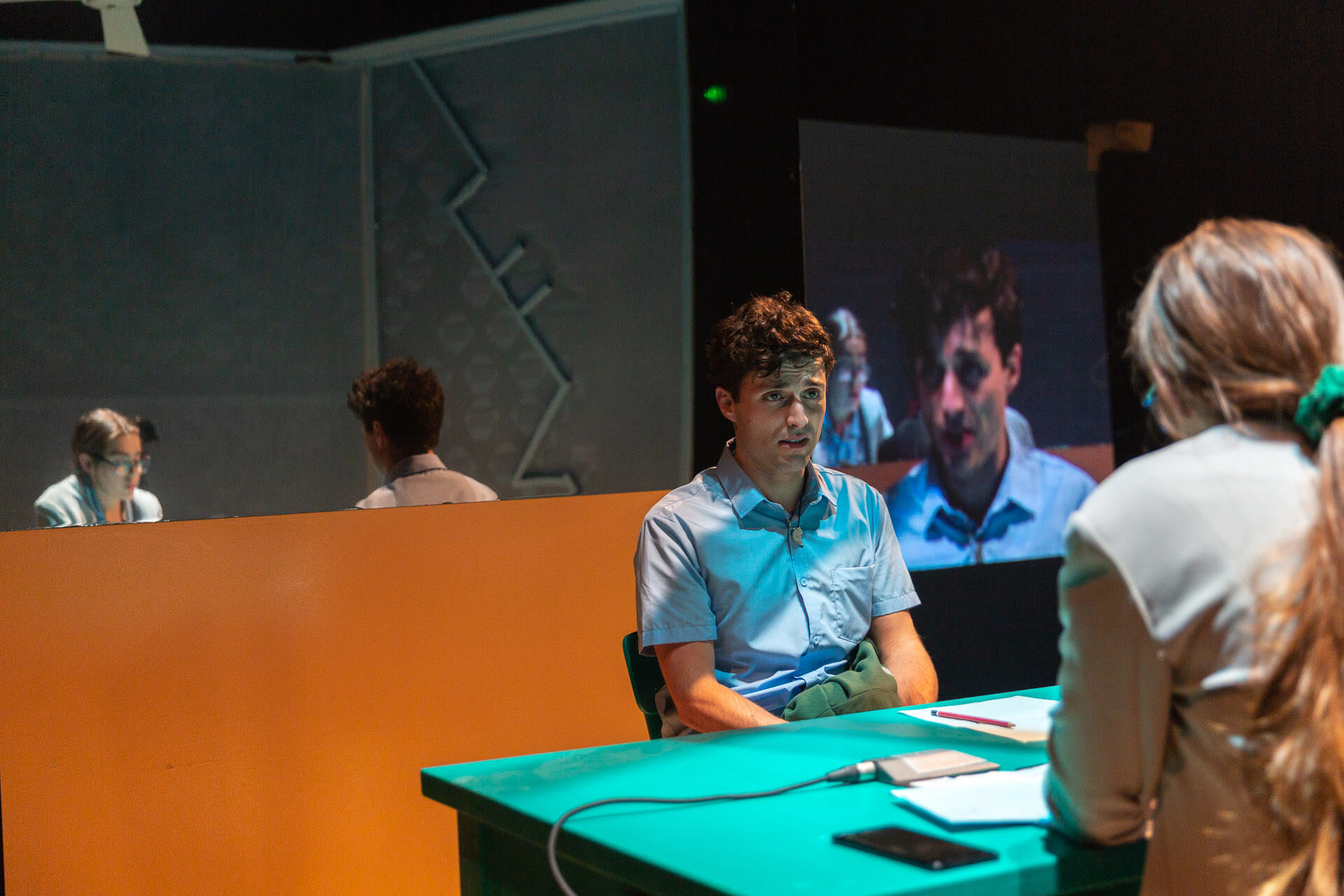 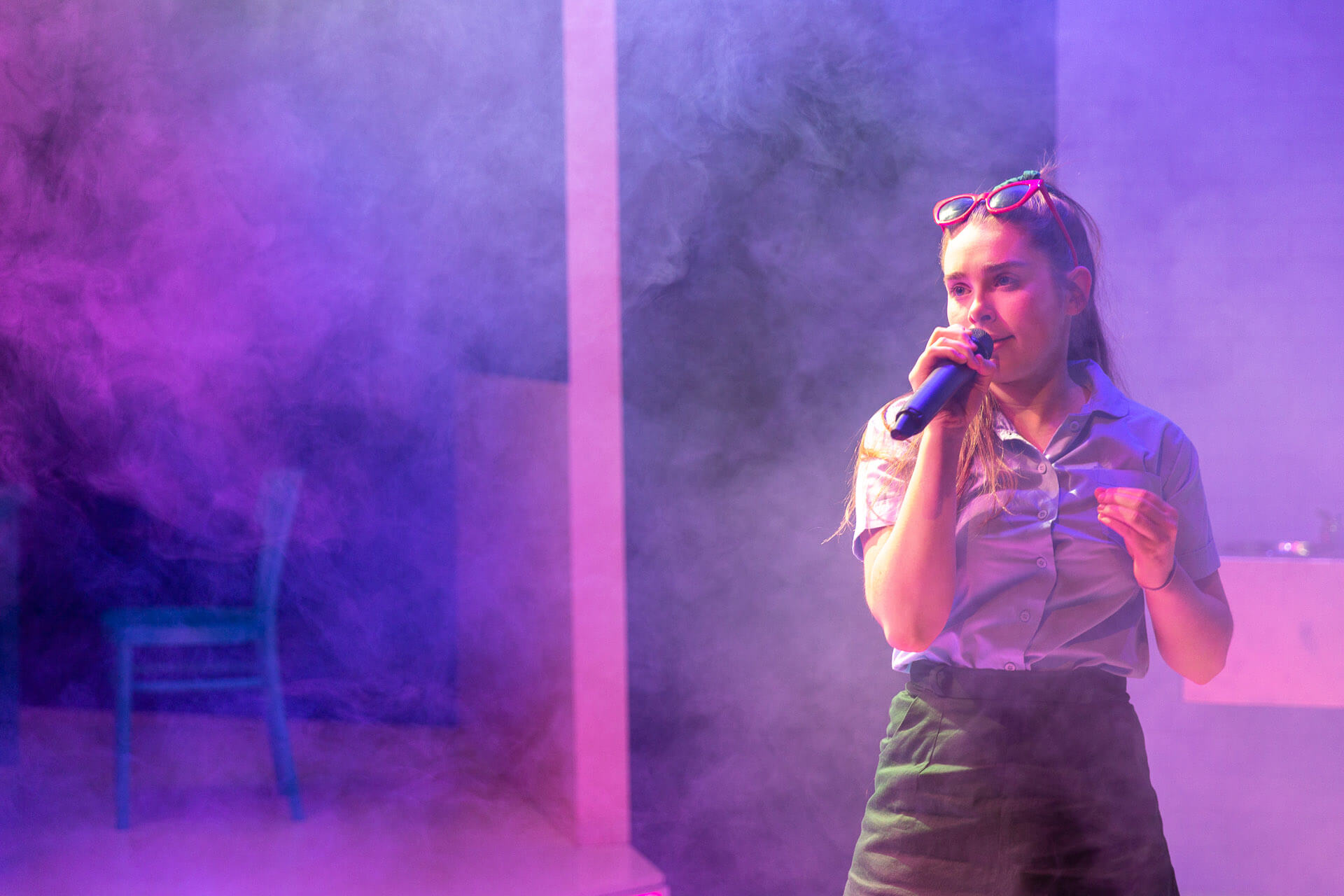 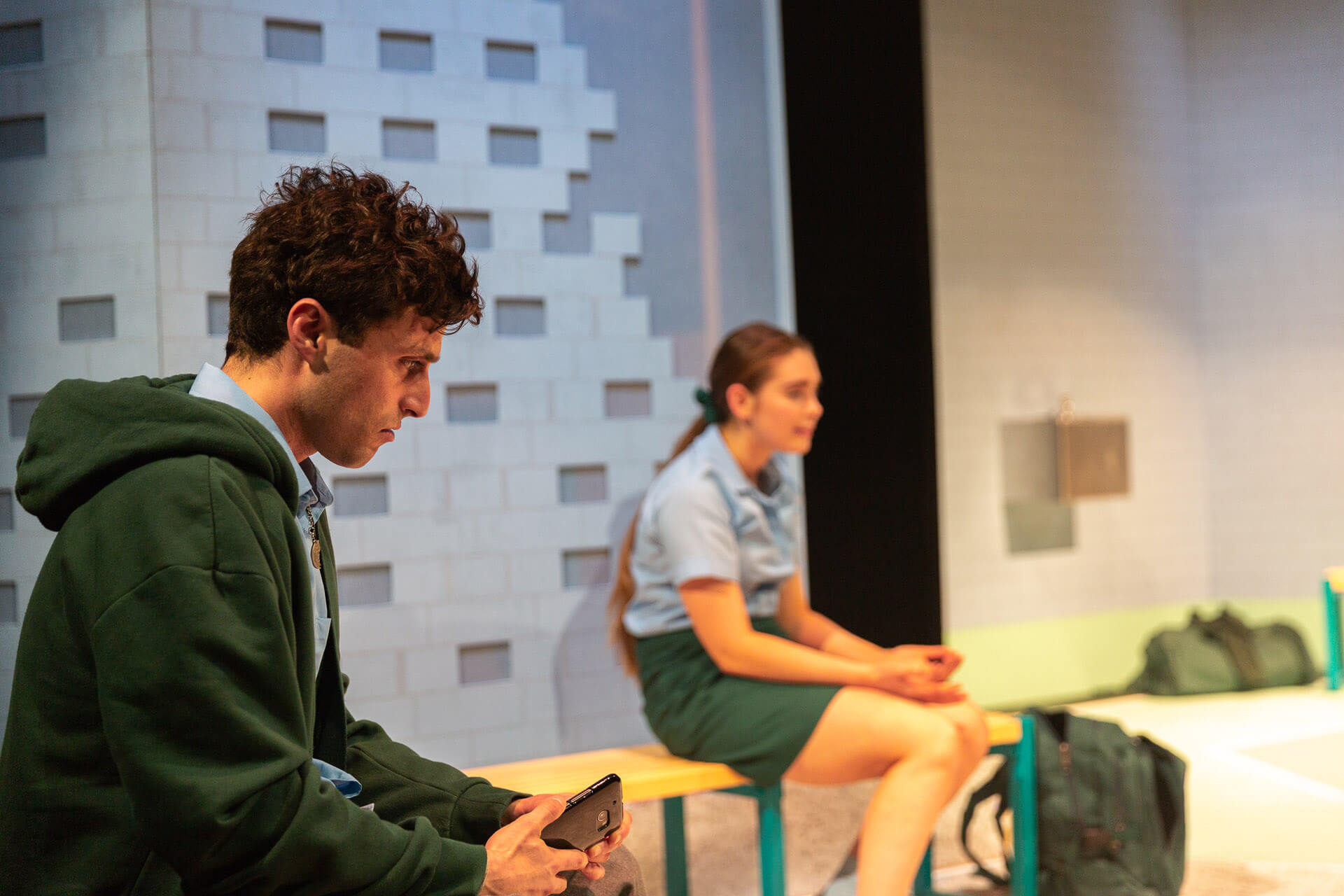 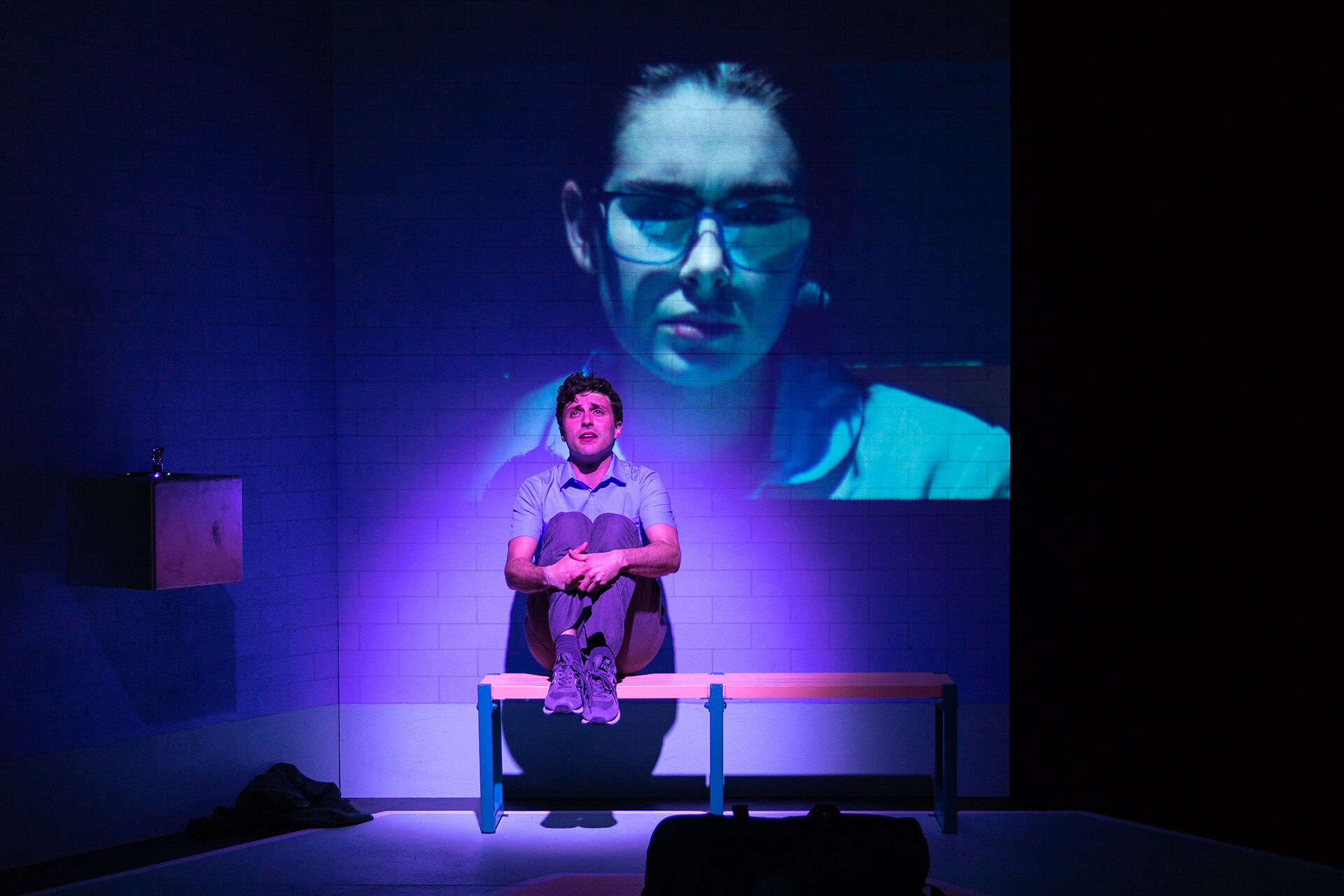 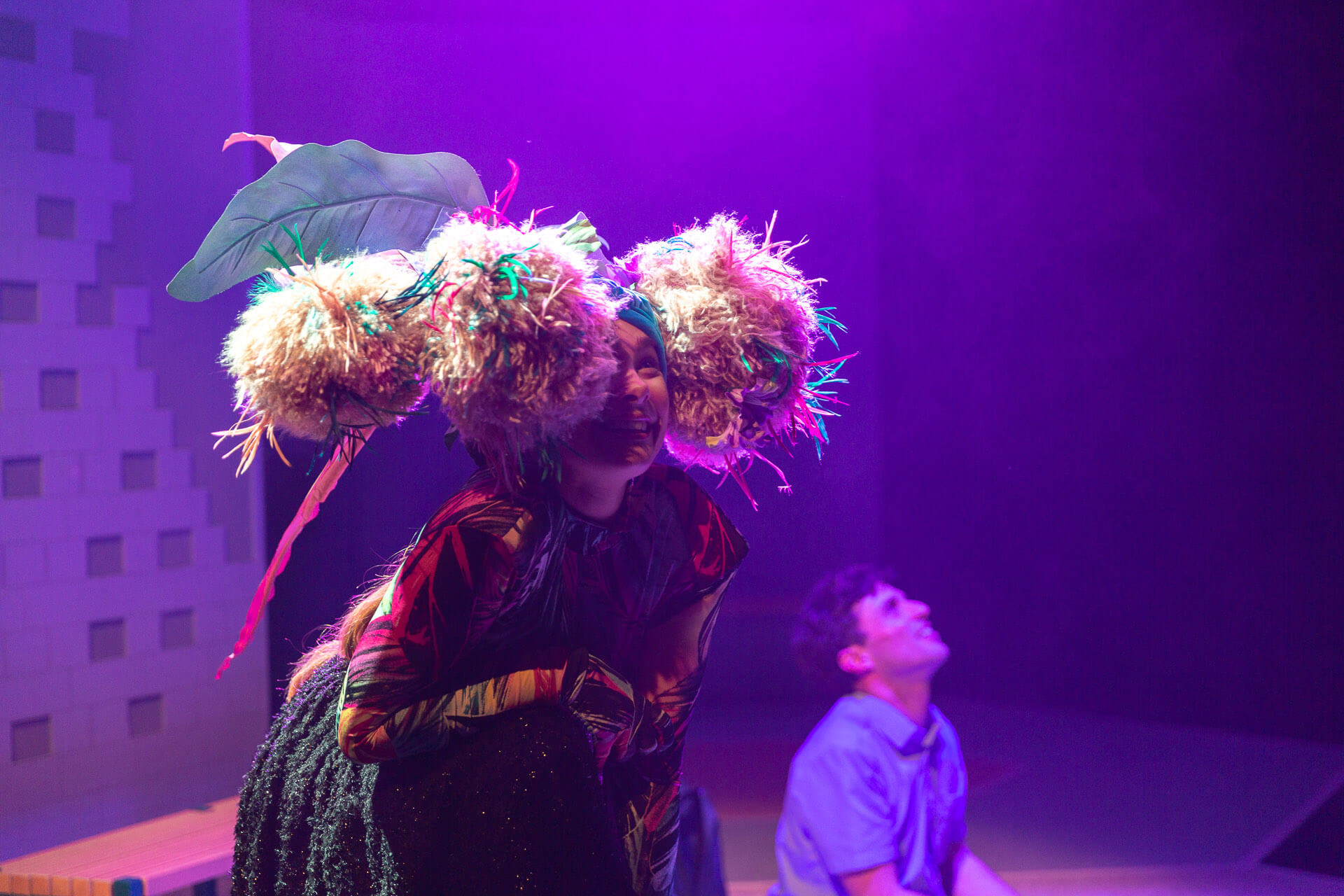 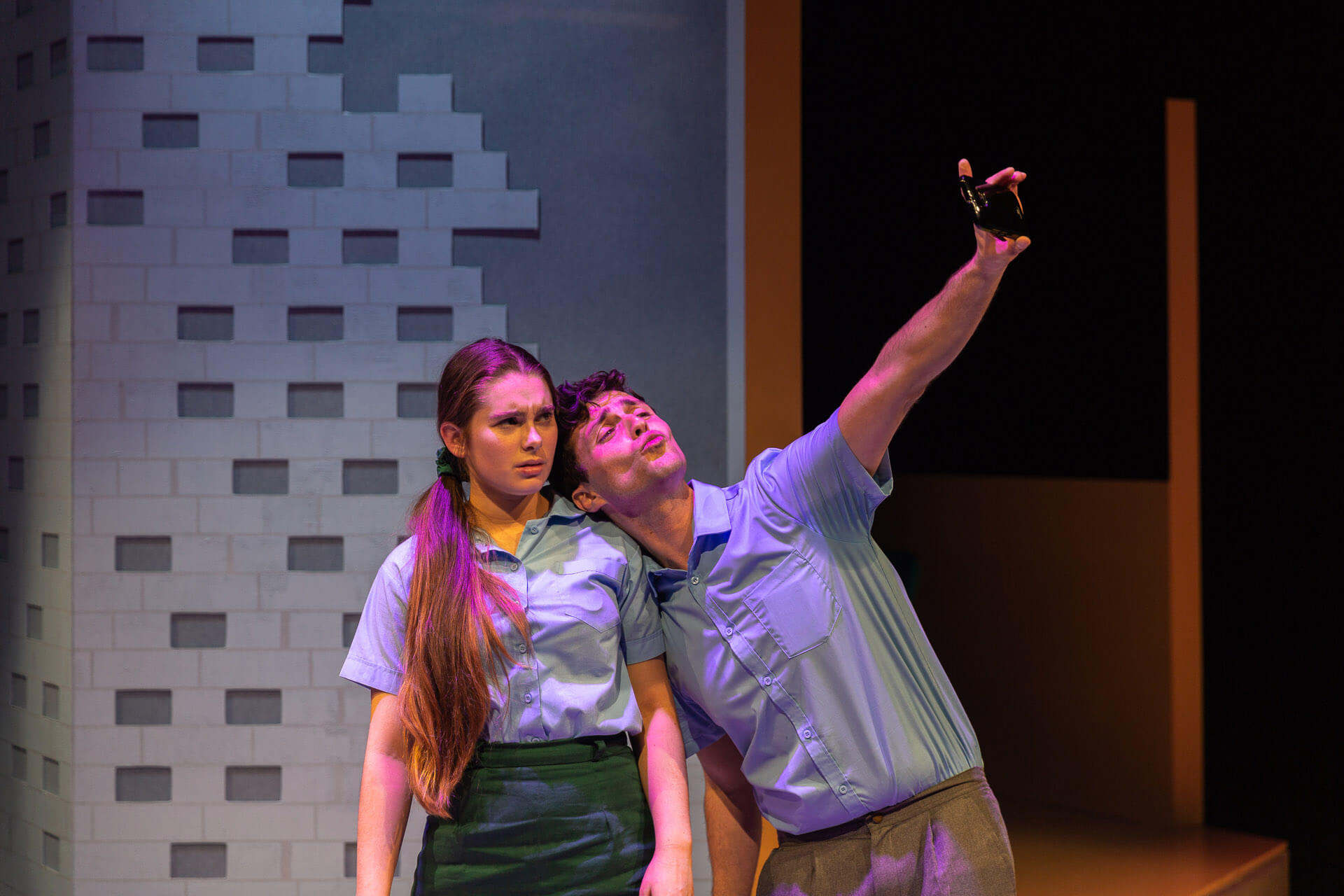 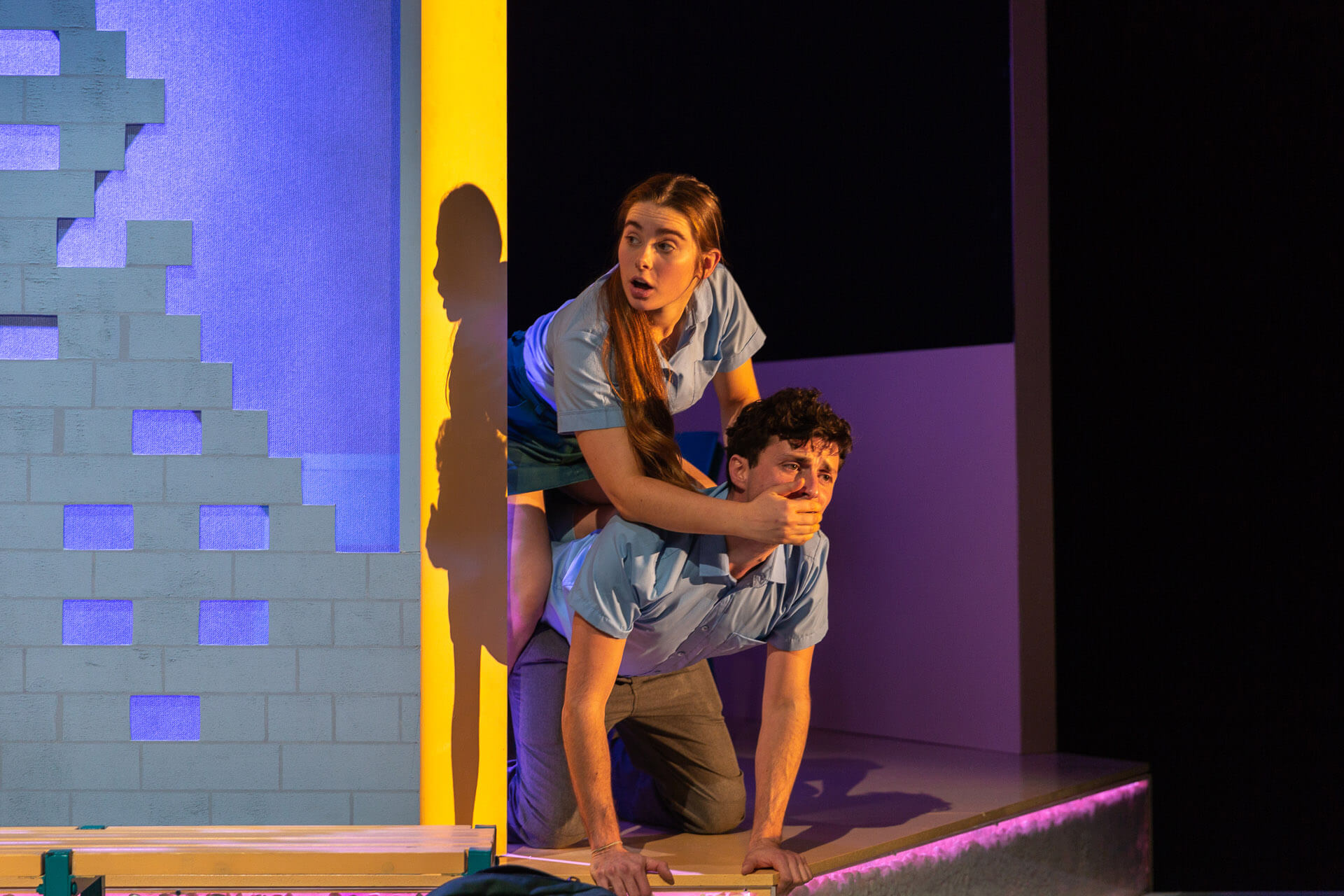 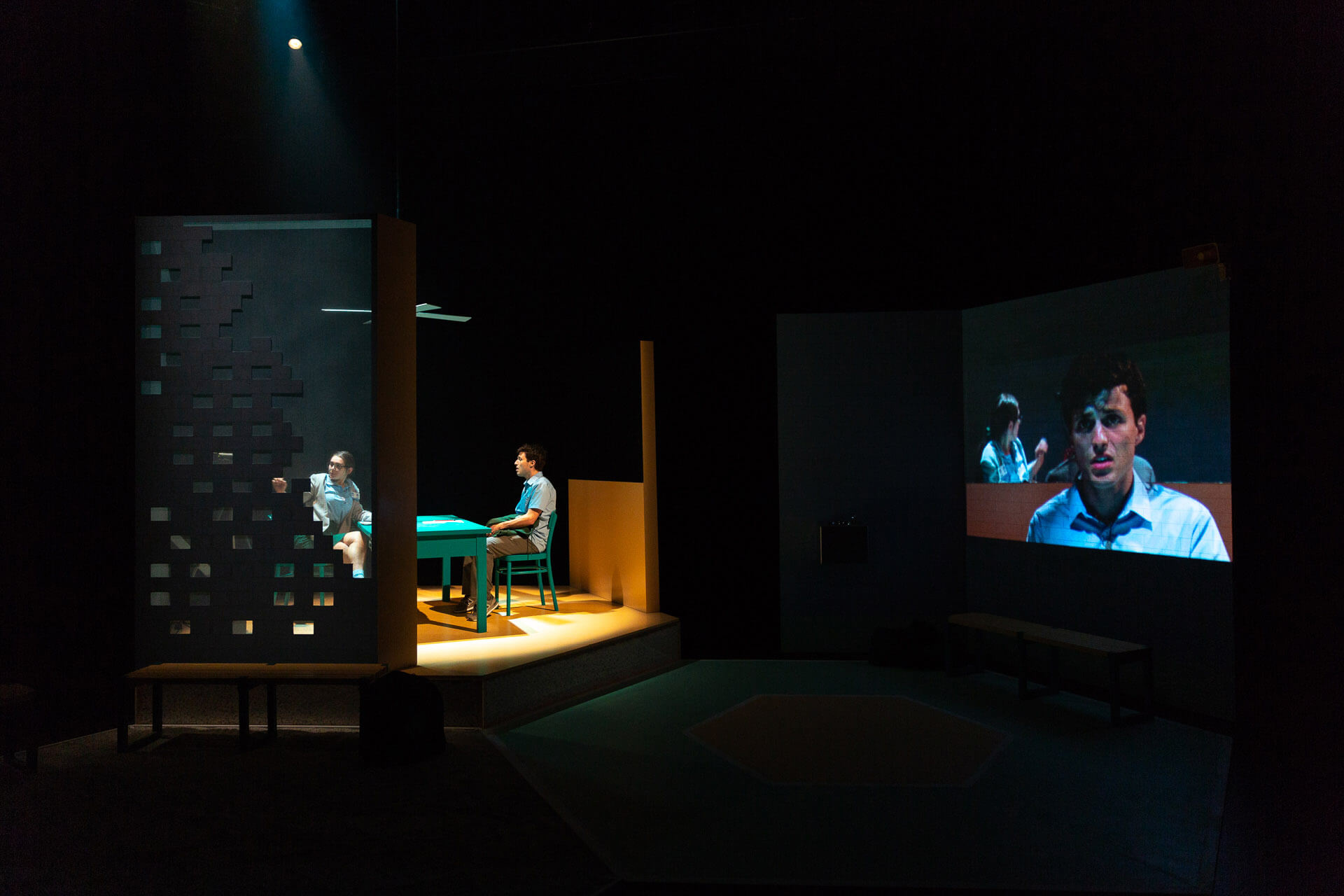 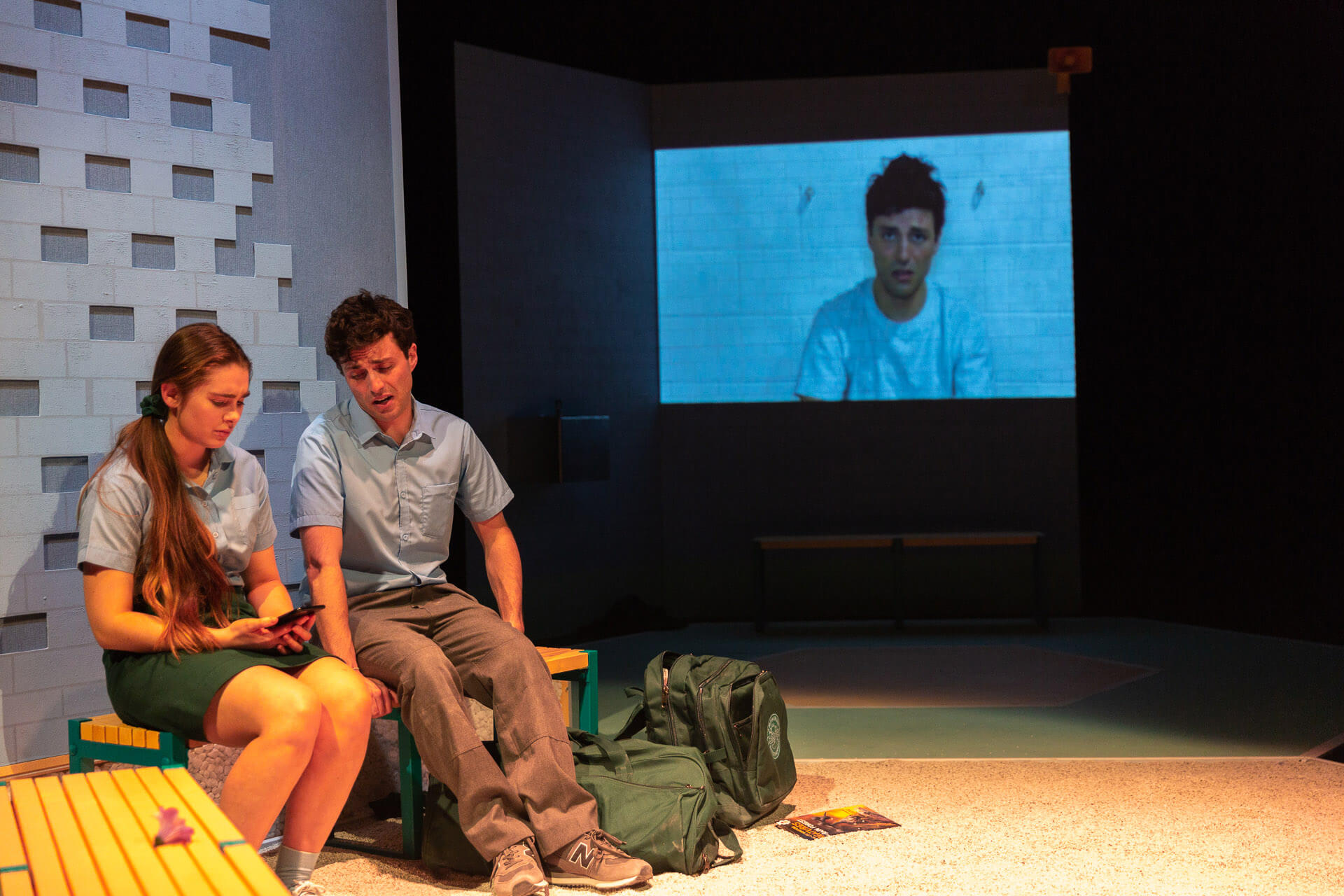 Amphibian is a Windmill Theatre Company production. The creative development of Amphibian was supported by the Windmill Studio Collective.