Windmill’s upcoming world premiere tells the powerful and very human story of two teenagers – one whose family have moved from Sydney to Adelaide, and another who has travelled across land and sea, looking for a better life.

“It seemed to be a title that captured many of the themes of the play,” says writer Duncan Graham.

The name of Windmill’s new show, Amphibian, might seem a peculiar fit for a story about two high school students. But like the animals that can move between land and water, the young characters are learning to adjust and adapt to their new worlds.

The main characters Chloe and Hassan “have very different back-stories,” says Graham, “but in a way are struggling with the same things.” Each of them has been forced by their parents to leave their respective homes and face life as the new kid at school.

Amphibian is a nod to “the ability to adapt to surroundings, or metamorphose … as many amphibian creatures have the ability to do. It also relates to the journey that Hassan and many refugees make, which involves travel mostly over land and water.” 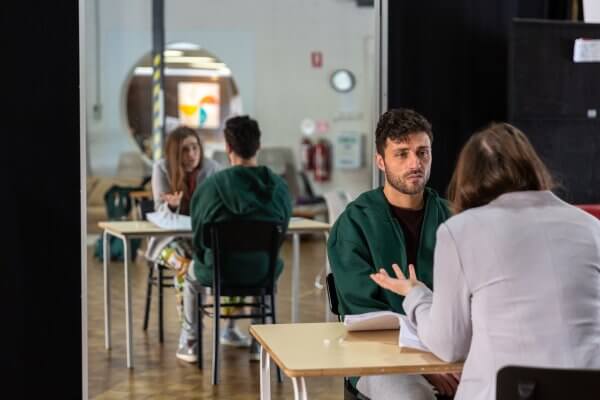 The story was inspired by the global refugee crisis and the growing displacement of children around the world. But its genesis was 18 months ago, when Graham and director Sasha Zahra reached out to a group of primary school students.

“Sasha and I went to a primary school with a questionnaire that we set up for students aged around 10-11 years old – at that stage, that was the target audience.

“We interviewed them about their concerns and their worst fears. It was quite a complex little thing and we got amazing responses from the kids – these strangely innocent and disarming responses.

“What they focused on were things like losing their family, not feeling loved and not being understood … which probably remain our greatest fears as we get older – they just change form slightly.

“The timing of these interviews coincided with some powerful images on the news of refugee families in dire circumstances all over the world. We wanted to capture a story that sees two young people fighting for their version of family, love and truth, while showing how radically different this is for people from different backgrounds.”

“You realise how many young people across the world, for very different reasons, are facing these journeys”
Sasha Zahra

More than a year on, the news reports are the same. According to the latest statistics from the Refugee Council of Australia, there are seven children still in Australia’s detention facilities, 22 in Nauru’s regional processing centre and 180 in community detention. On the other side of the world, more than 2,300 children were recently separated from their parents and guardians at the U.S.-Mexico border under Donald Trump’s “zero tolerance” policy.

“It is a real, current, hot topic,” says Zahra. “As soon as you start doing the research you realise how many young people across the world, for very different reasons, are facing these journeys.” She and Graham wanted to “bring the story closer to home … and make it a human story young people can relate to”.

“It needed to be set in Australia and that’s when we came up with this schoolyard conceit,” adds Graham. Inspiration came from an unlikely source. “Quite honestly, I was watching an episode of Gossip Girl and all the students had been sent out of class because someone was responsible for this thing that had happened and they had to work it out between them. I thought, ‘That’s a great idea’. So I sort of ripped the plot out of Gossip Girl.” 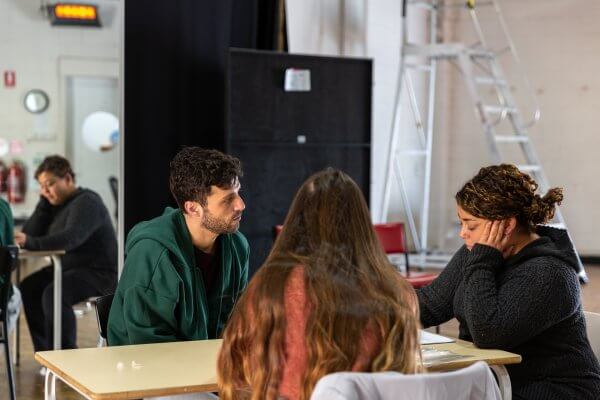 The script was then developed in collaboration with two Afghan cultural consultants, Muzafar Ali and Elyas Alavi. “As we honed into this story it became increasingly important that we consult people who had made that journey,” says Graham. “The more we found out about individual stories the richer the whole thing became.

“I feel like I’m tuned into those stories on a day to day basis, but there were details where you go, ‘Wow, I could not have imagined that’. I hope it really grabs people in that respect. It’s so easy to forget the details, but hopefully this play is full of details that are unforgettable.”

With such heavy source material, Graham and Zahra were mindful of balancing light with the shade. “Duncan has done an amazing job of finding the comedy and the lightness in the script,” says Zahra.

“I tried to put a filter of humour and imagination that hopefully people can connect with,” adds Graham. “And then hopefully between those moments you’re more open to receiving the more difficult parts of the story.”

One of the more playful scenes is a dream sequence – “a mash up of Hassan’s delirium and imagination and memories”, explains Zahra. “He hits a low point – he hasn’t eaten for three days and passes out in a forest. What actually happens is this old woman takes him in and feeds him rice and soup and lets him sleep but in this dream state she’s part old woman, part Brazilian tree hopper.

“So there’s really fun stuff to play with too, which takes the audience out of the sometimes harrowing story.”

Helping transport the characters to different worlds, both real and imagined, is Meg Wilson’s three-part set design, “which really helps us move into different places and spaces”, says Zahra. “One area is notably a schoolyard and one can be a classroom or interview room, where these interrogation scenes happen, and the other space is more neutral.”

Further helping those worlds come to life is the incredible sound design of composer Ian Moorhead, who drops audience members into Indonesia, Malaysia and Afghanistan through the hurried sounds of a streetscape, traditional music and Farsi language. The latter was recorded by members of Adelaide’s Afghan community.

Zahra says it was important to the whole team that they approach things “the right way – that we’ve got the right voices in the room and that the cultural consultants were integral to the work.

“It’s really lovely to be part of a process where those things have been taken seriously and been given the weight they need.”