Roslyn Oades is an award-winning actor, voice-artist and theatre maker who specialises in the creation of documentary theatre-works. Documentary theatre is an innovative method of creation that sees real stories brought to life onstage. It’s a new type of theatremaking for Windmill Theatre Co and a burgeoning art form that is gaining traction all over the world. We speak to Roslyn about her process and the tricky business of bringing truth the the stage in Creation Creation.

What is documentary theatre? Can you describe your creative process to us and how it was employed throughout Creation Creation?

Documentary theatre refers to theatre-making processes that ‘draw from’ or ‘bear witness’ to real events, people, places or circumstances in the world around us. In the case of Creation Creation, this brand-new documentary theatre work features the recorded voices of real people from Adelaide as they attempt to answer some of life’s greatest mysteries.

Over a six-month period I interviewed exactly 50 people aged between 8-102 years. The starting point was to ask, ‘What great mystery would you like an answer to?’ I then took these epic unknowable questions and sought out the answers. In this search, I collected over 35 hours of audio interview recordings with members of the public. From there, I edited together what I call an ‘audio-script’, which is essentially a soundtrack made up of the most compelling responses people offered to these big mysteries.

On stage you will see two ‘creators’ (our performer/makers Jonathon Oxlade & Fleur Elise Noble) attempt to illustrate the community answers heard in the audio-script. The big mysteries they attempt to illustrate include: How did the world begin? What happens after you die? What’s inside a black hole? Are we alone in the universe? What’s the meaning of life? And, what will life be like in 1000 years? So as you can imagine, our performers have an epic challenge ahead!

This show is for anyone who is curious about the incredible mysteries of the universe and our place in it. It’s fun, it’s thoughtful and you’ll leave feeling like your head has grown two-sizes. 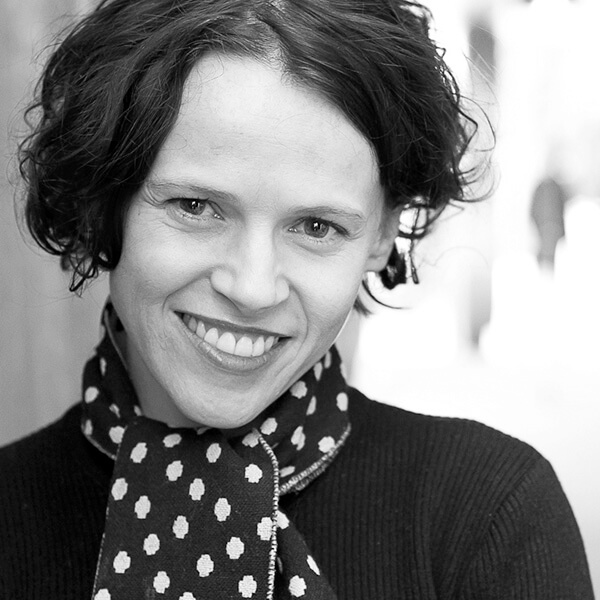 Director of the San Francisco Playhouse, Bill English, described theatre as an ‘empathy gym where we come to practice our powers of compassion’. This feels especially relevant to documentary theatre, where we connect with the stories of real people. Can you speak to the experience of creating/engaging with real humans onstage? How does it affect an audience?

I like theatre that is accessible to everyone in the community. Even if you’ve never stepped inside a theatre before, there is something instantly familiar and engaging about hearing your own community on stage. In the case of Creation Creation there’s something incredibly human and moving about hearing real people – amateurs and experts alike – grapple with the unknowable. There’s still so much scientists don’t know… the rest is guesswork and imagination, which is where Creation Creation comes in.

What did you discover about people and the universe while making Creation Creation?

My favourite interviews are the ones that are open-hearted, passionate and curious. People who aren’t too guarded and are willing to delve into the unknowable with me, even when it feels silly or confronting.

I’ve learnt a lot about astrophysics while making this show. One current theory is that there was ‘no time or space’ before the big bang – that concept really makes my head hurt. The vastness of the universe is also mind blowing. The chances that we exists at all, on the only known planet with the right atmosphere, distance from a star, water, etc. for life – in a perfectly balanced, not-to-hot, not-to-cold Goldilocks zone – is one of the biggest mysteries of all for me. I also learnt an excellent new word from an eight-year-old, ‘spaghettification’, which I’m trying to use as often as possible.

Documentary theatre walks an interesting line in that it reshapes supposed truth or true material to create something new onstage. What is your relationship to the truth as a documentary theatremaker? What have you discovered about the nature of truth throughout the process of making Creation Creation?

Truth and memory can be slippery notions, which is quite fascinating. However while ‘the truth’ is a complex concept, there are also cold facts that should never be ignored or rewritten. To be a truly humane society we have a responsibility to not look away when injustice has occurred. I believe good journalism and documentary makers are very important to our culture and to be a reliable witness also requires an awareness of the subjective perspective and pre-conceived ideas you carry with you. Credible documentary making requires long lead times, extensive research and lots of listening.

In Creation Creation, we don’t attempt to present any clear singular truths about life’s great mysteries. Rather, the work is a celebration of the unknown and the unknowable. By including perspectives from a diverse cross-section of the Adelaide community, audiences will have the opportunity to experience multiple theories and beliefs – and gain a deeper insight into how many possibilities exist.