Spinning straw into gold is a party trick that will take you far. It can buy you a big house full of beautiful things, a wardrobe of designer clothes and a life of total luxury, but money, as they say, can’t buy you…

Two people, once best friends, torn apart by desire for the things they cannot have. This is the story of the ultimate price of greed.

The exquisitely mercurial Paul Capsis stars as a shape-shifting imp whose thirst for vengeance may well bring him undone.

He joins the team that brought you award winning Pinocchio, as they take on a new and equally fantastic fairytale, with their unique brand of theatrical spectacular, rocking music and supreme silliness.

Full of twists and turns, it’s a whole new spin on a heart of gold.

Spanning an extensive career, Paul is best known as a theatre, concert and cabaret performer. His theatre highlights include Angela’s Kitchen, Little Bird, The Threepenny Opera, Boulevard Delirium, Three Furies, The Rocky Horror Show and All About My Mother.

He has worked on these productions with various state and independent theatre companies throughout Australia. Paul has also worked extensively internationally including in New York, London, Vienna, Shanghai and Hong Kong. He appeared in a leading role in the Australian feature film The Boy Castaways, as well as the telemovie Carlotta (2013). He has won five Helpmann Awards, a Green Room Award, a Film Critics Circle Award and the 2010 Sidney Myer Individual Performing Arts Award.

Michaela first studied at the Adelaide Conservatorium of Music before moving to the UK and going on to obtain a Masters in Musical Theatre at Mountview Academy of Performing Arts in London, performing in many well-known venues around the world.

These include Too2Much in Soho and Cabaret Confidential in Covent Garden. In addition to recently winning the International Cabaret Contest Michaela is the co-writer and star of the successful stage show Exposing Edith about the life and songs of Edith Piaf. The show has appeared to sell out audiences in Adelaide Cabaret Festival, Auckland Cabaret Festival, Melbourne Cabaret Festival, Noosa Long Weekend and Tasmanian Festival of Voices. She has performed with one of Broadway’s most sophisticated songwriters, Jason Robert Brown as well as Australia’s own Tyran Park.

He holds two AFI nominations for his work in Australian feature films. His film and TV highlights include Dance Academy, Holding The Man, Gettin’ Square, The Bank, Strange Fits Of Passion, Dark City and more.

Sheridan is an actor, playwright, singer and comedienne, graduating from NIDA in 2006. Her musical Songs for the Fallen won Best Musical, and Outstanding actress at the New York Music Theatre Festival in 2015, and has toured Australia and New Zealand. She collaborated with UK cult band The Tiger Lillies on Cockatoo Island for the Biennale of Sydney, and appeared with John Cleese in the Just for Laughs Festival, Sydney Opera House.

Gavin has worked extensively in the industry for the past 24 years as a Lighting Designer, Lighting Programmer and Production Manager.

Chris Edser currently lives and draws in Adelaide, Australia. He has worked in a diverse range of areas – from theatre to sports, classical music to novelty rock bands, wine to beer – so you’ll probably find something to talk to him about.

Chris animates characters, carves things out of wood, was once a member of the video department at Fabrica Creative Research Centre in Italy, and previously designed t-shirts for Screamdance. Chris has completed a Bachelor of Visual Communications (Illustration) at UniSA where he has since taught an animation course and occasional illustration classes. His previous theatre work includes State Theatre Company South Australia and Windmill Theatre Co’s Rumpelstiltskin and Windmill Theatre Co’s Scotland tour of Baba Yaga.

Highlights from the show

"★★★★ Rumpelstiltskin will blow your mind... a mesmerising twist on the classic fairy tale with electrifying songs, sets and costumes" 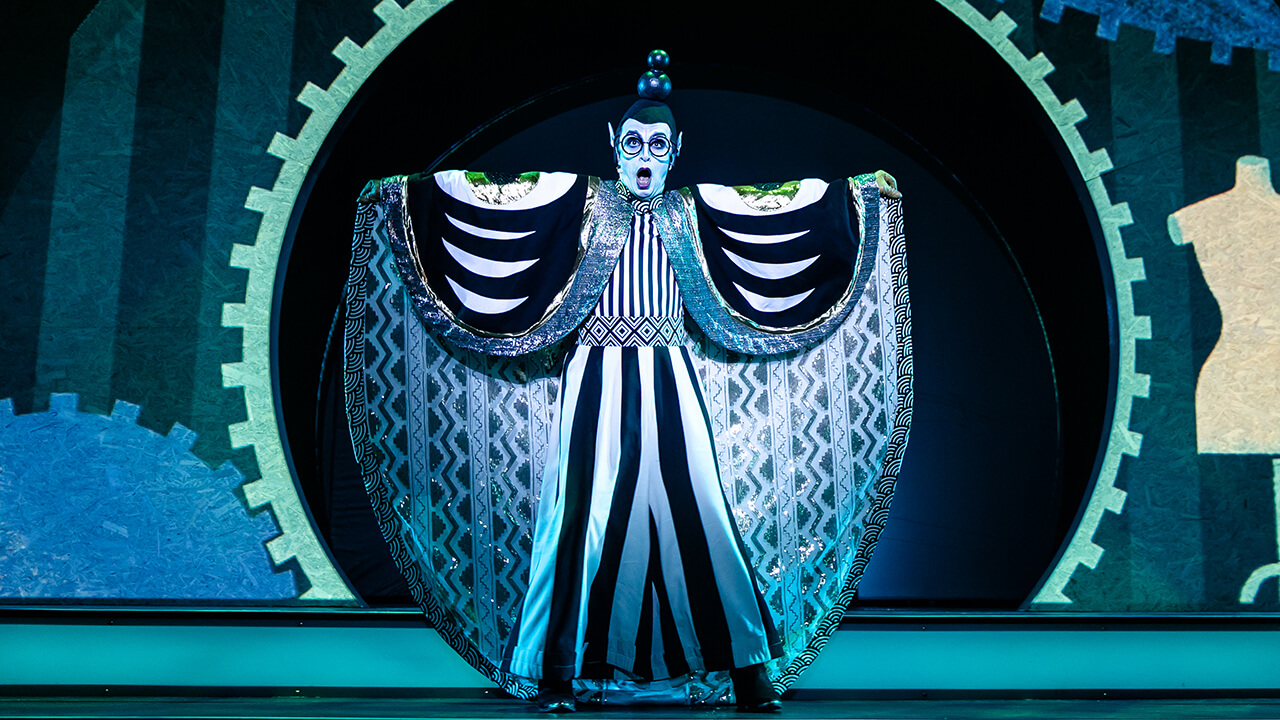 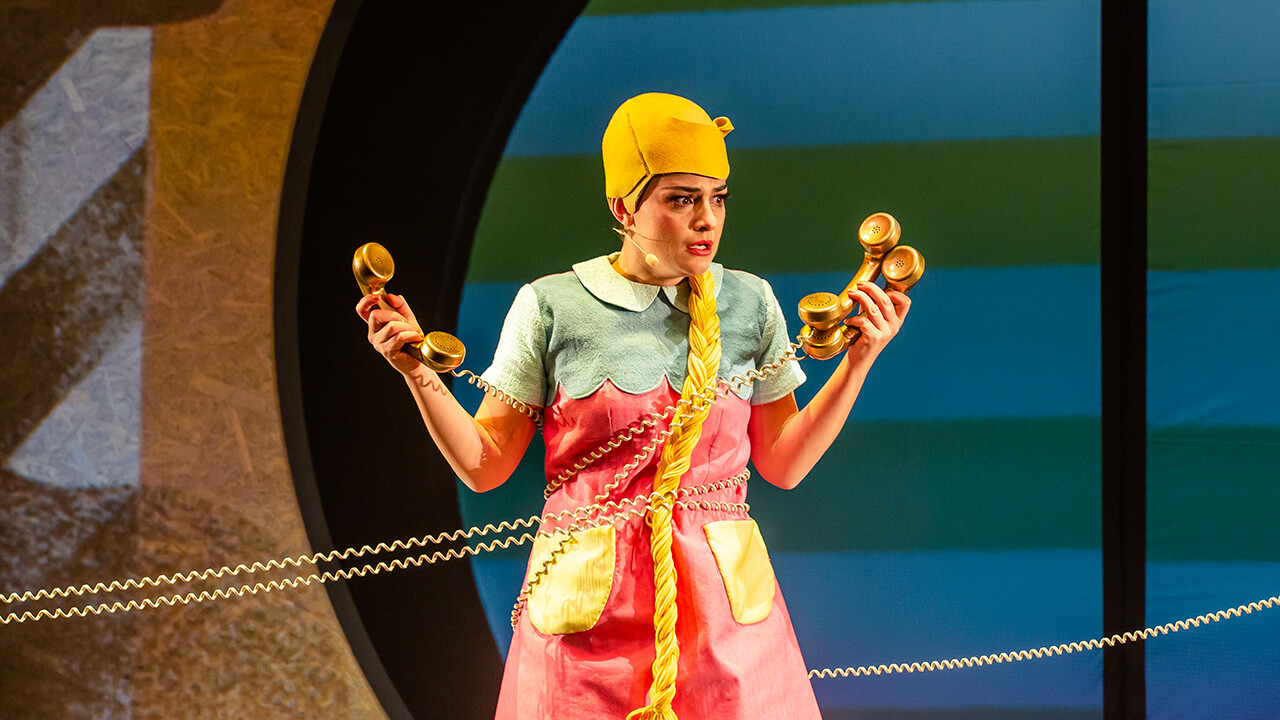 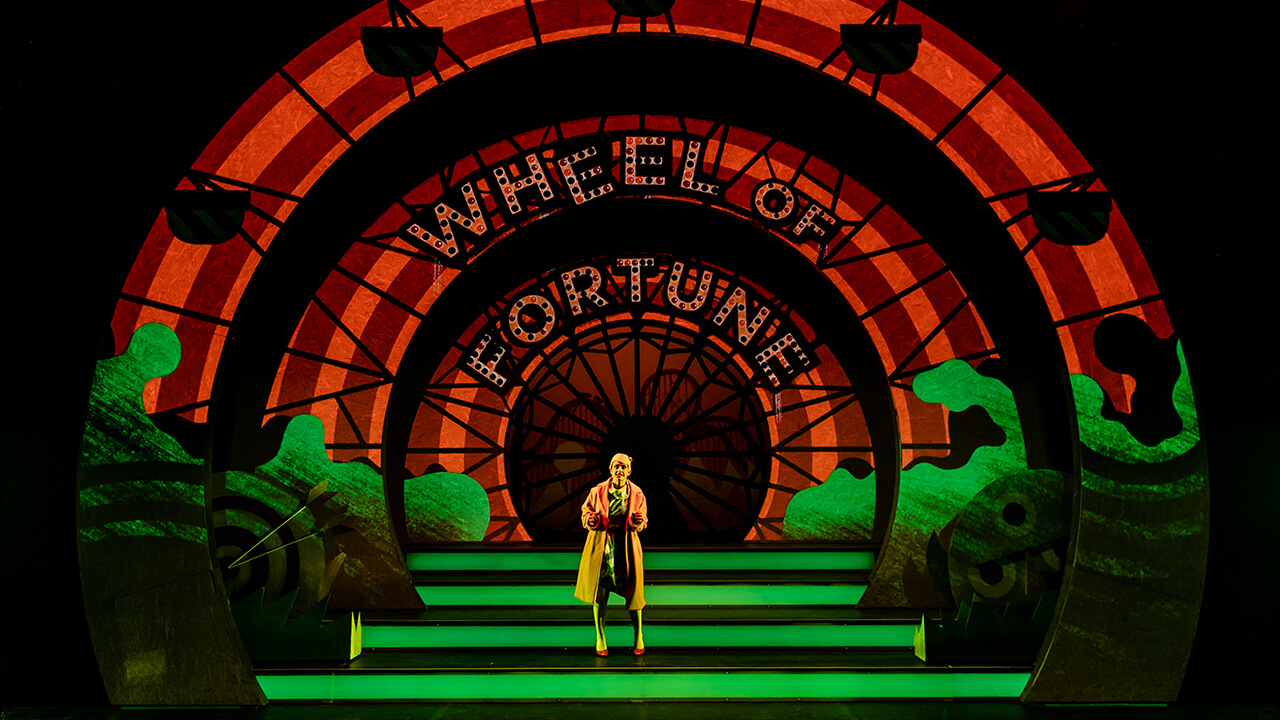 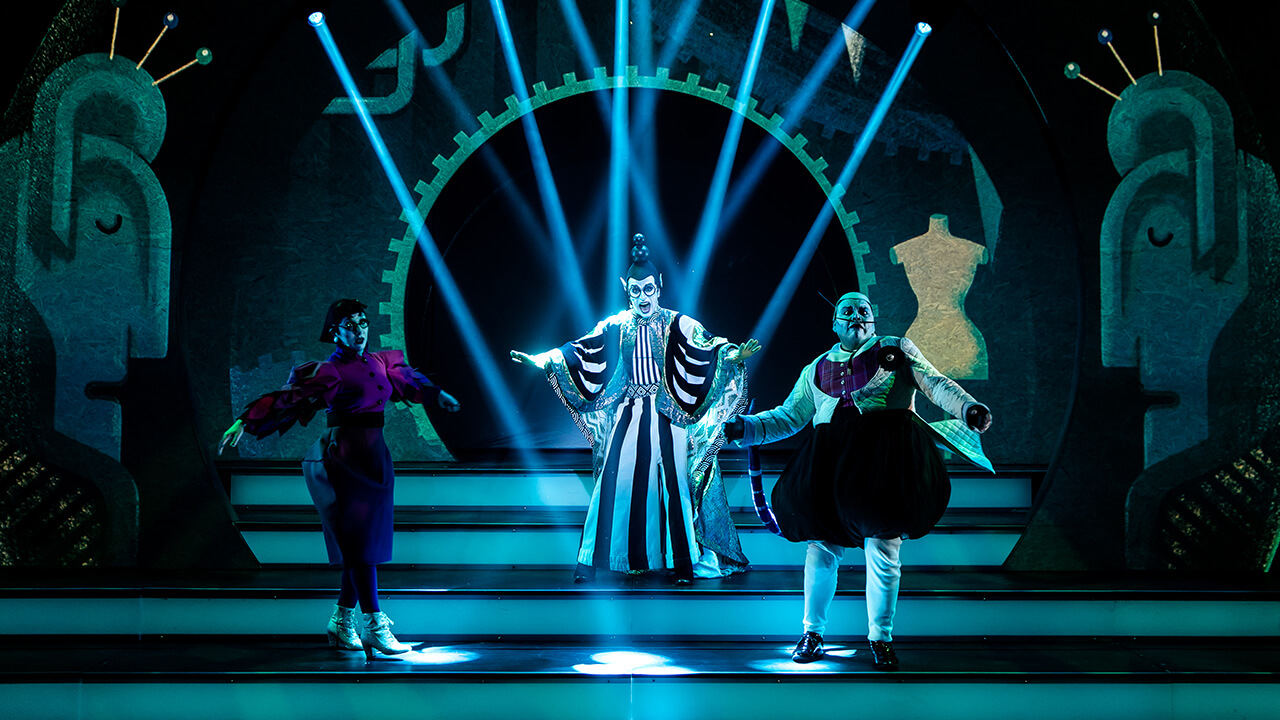 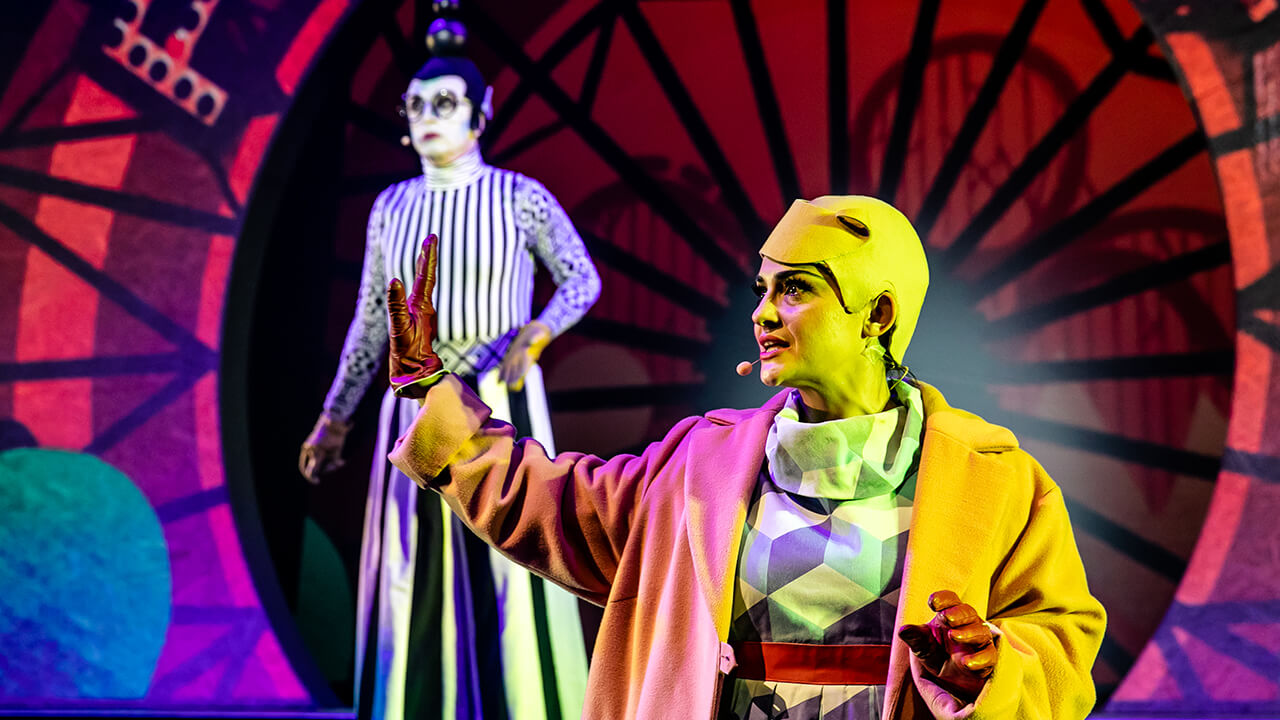 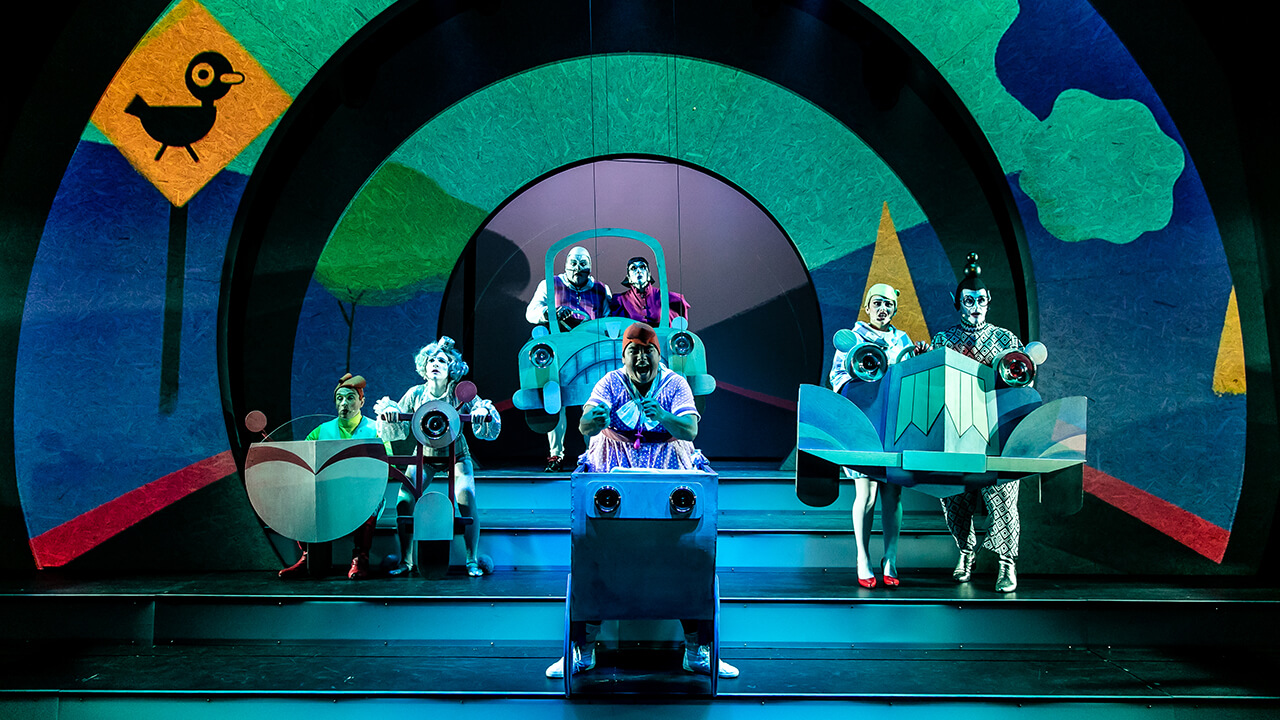 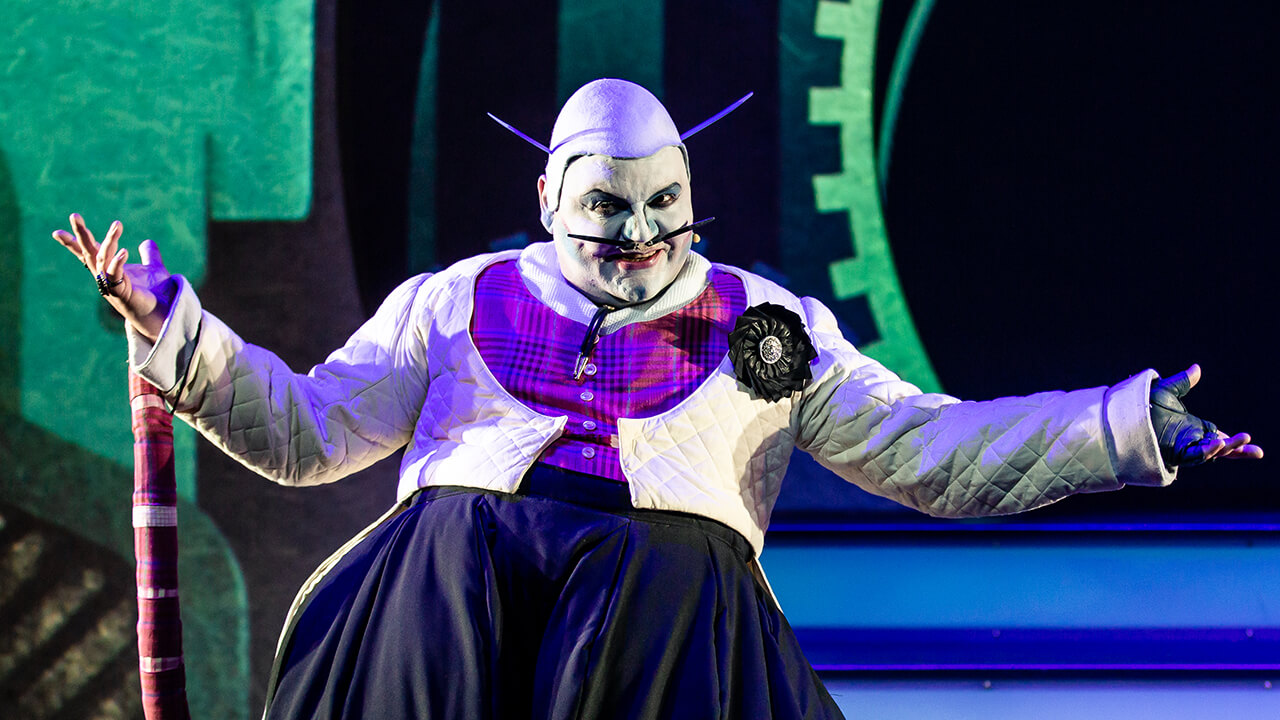 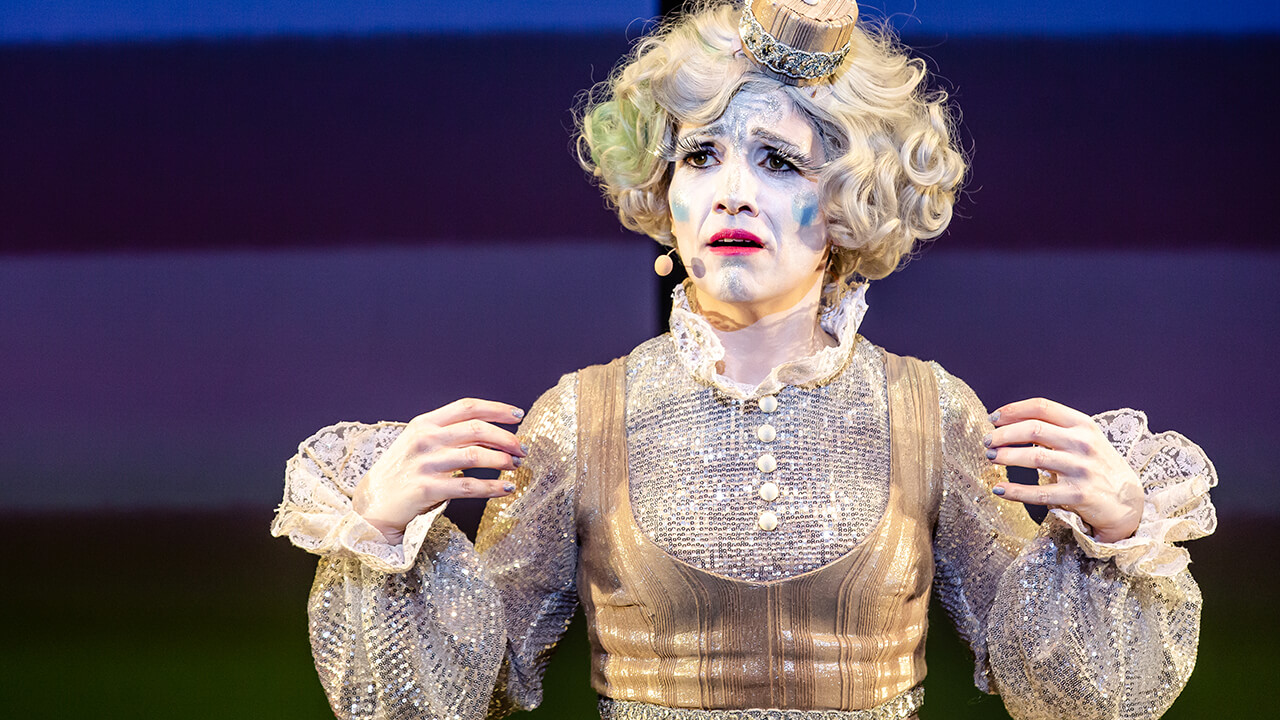 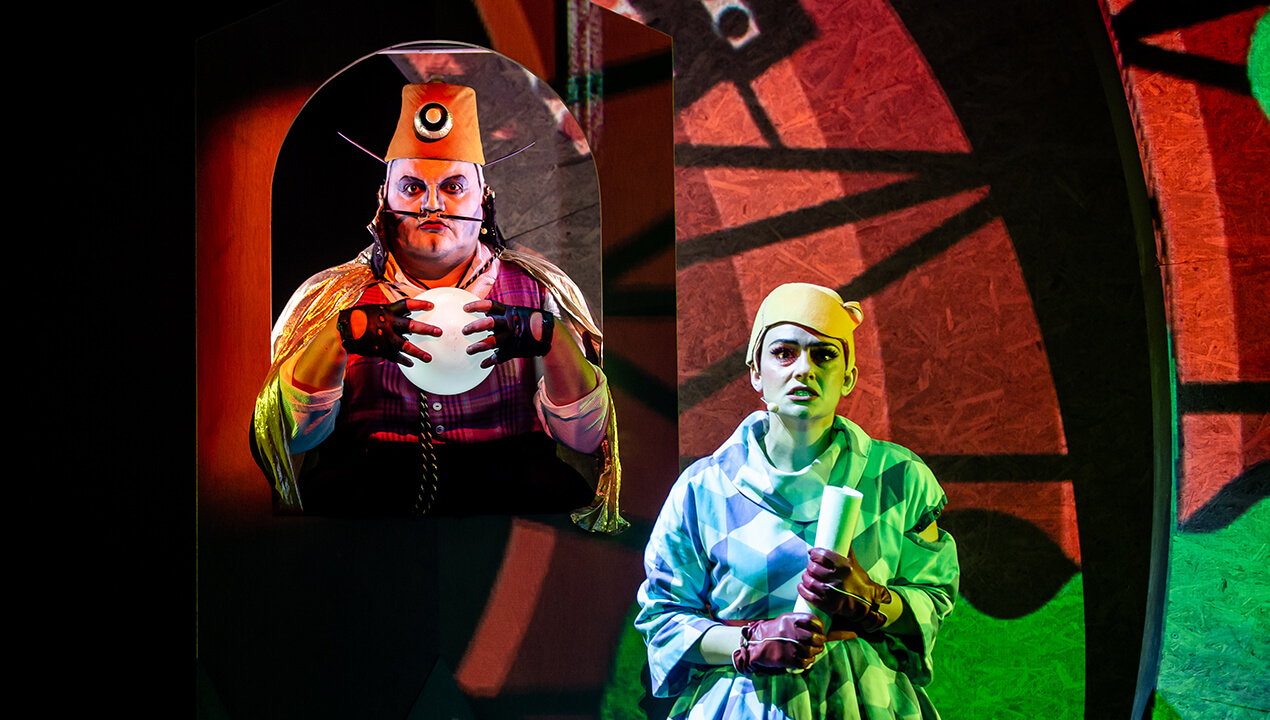 The 2018-19 international tour of Rumpelstiltskin was supported by Creative Partnerships Australia, Catalyst – Australia Arts and Culture Fund, and Roger and Helen Salkeld.

The cinema screenings program of Rumpelstiltskin is presented by Australian National Theatre Live.

The Delightfully Drawn World of Rumpelstiltskin