Imagine seeing a locally made show in your hometown of Adelaide, then experiencing it again on the other side of the world.

That’s the case for Roger and Helen Salkeld, our wonderful company supporters who were part of the Rumpelstiltskin touring party to London in December last year.

Following its successful opening, the Southbank Centre in London  programmed the show as their prestigious Christmas musical.

After seeing the show (a few times!) in Adelaide, the Salkelds decided to pitch in to allow a broader audience to experience the work and generously helped us to get the show across the world for its four-week London season.

“When we first saw Rumpel in Adelaide, we thought it was a shame that the run was so short,” Roger and Helen said.

“We said from the first show that if there was an opportunity to tour, to let us know if Windmill needed support for travel expenses.

“We’d assumed Sydney or Melbourne might pick it up, but what a shock to hear it had been booked for three weeks at Southbank London over the pantomime season!” 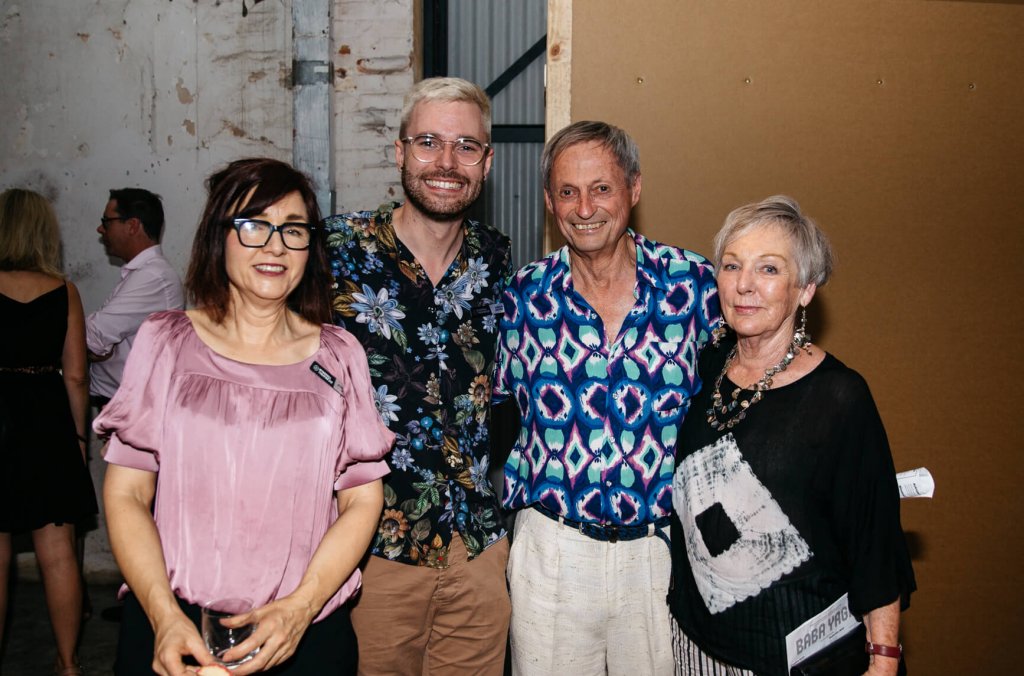 Rosemary Myers and Jordan Archer with Roger and Helen Salkeld at the Baba Yaga opening night.

After making their pledge to help cover touring costs, the pair decided to also join the touring party and travelled to London with the cast and crew.

“We all stayed in the same hotel which was fabulously situated on the edge of the theatre district.

“It was such a treat to discuss the challenges of putting on the show in a completely different, much larger theatre over breakfast.

“We absolutely loved the experience,” they said.

The Salkelds have been big supporters of Windmill since 2014, successfully helping the company to create new works, employ more artists, and take our shows across the globe.

They said it was the reminder of their own younger years that inspired them to get involved in the company.

“Seeing the audiences’ response to Grug, some years ago now, brought back our childhood memories of the joy of theatre.”

“[It] sparked our interest in helping to expose as many children as possible to the wonderful world of Windmill.”

Seeing the outreach of Windmill’s work and the company’s mission to give access to the theatre for families from all backgrounds are more reasons for their support.

“In London, we saw the overwhelmingly raucous joy of 800 underprivileged youngsters who saw their first live show.

“That meant so much to us and is one of the reasons we support Windmill.”

Help us keep taking our shows on the road by donating to our End of Financial Year campaign. $2 = 1 kilometre towards our 100,000km goal. Click here