Vaselina lives the quiet life, working as a receptionist in a very tall apartment block. But all that changes when she is forced to confront a terrifying resident who plays her music far too loudly and eats jelly babies with her mouth open.

Who is this mysterious neighbour? Will she ever turn the music down? And what exactly is she planning for dinner?

Baba Yaga is a brand new take on an old Eastern European folktale co-created by director Rosemary Myers and two unique and celebrated artists from opposite ends of the globe; Shona Reppe (Scotland; The Curious Scrapbook of Josephine Bean) and Christine Johnston (Australia; The Kransky Sisters).

Christine Johnston is an Australian performing artist/writer/singer who became known on the Brisbane arts and live-music scenes from the late 1980s for her dramatic visual performances combining music, voice and her signature style of humour.

She continues to create a diversity of performance and musical works for events, festivals, art galleries, theatre, comedy, short film, and cabaret, touring Australia, UK, Europe, Scandinavia, Asia, USA and Canada. From 1994, Brisbane’s Women in Voice cabaret series became a spring-board for some of Christine’s iconic vocal performance concepts and characters including her touring co-creation Fluff: A Story of Lost Toys – and her surreal bird-calling character Madame Lark. In 2000, Christine and friend Annie Lee birthed the multi-award winning and internationally beloved comedic trio The Kransky Sisters, all continuing to tour. Christine is thoroughly enjoying Baba Yaga.

Shona Reppe is an award winning artist with an excellent track record of producing high quality, challenging theatre with high production values. Her credits include Cinderella, Potato Needs a Bath, The Curious Scrapbook of Josephine Bean and theatre installation HUFF.

A multi-award winning artist, her work regularly appears in leading venues and festivals around the world, including Barbican and Southbank in London, Sydney Opera House, the New Victory in New York’s Broadway and the Perth and Adelaide International Arts Festivals. Her recent work includes Black Beauty, which Shona developed with Andy Manley and Andy Cannon. The piece was performed to sell out audiences as part of Edinburgh’s Traverse Christmas programme.

Peter Nelson is an electronic music producer/composer/sound designer/musician and a performing artist. He created the musical score for Christine Johnston, performing in Decent Spinster (QPAC).

They collaborated on Christine’s first children’s production FLUFF which has continued to tour nationally and internationally to high acclaim, and RRamp – the Collector, the Archivist & the Electrocrat.

Peter was the composer and sound designer for Kite Arts Education, co developed Digital Play and composed the score for Holi Throw, featuring at the Out Of The Box Festival at QPAC and was the sound designer for the Bubble Effect and We All Dance (QPAC). He runs an assisted music program for the Queensland Cerebral Palsy League.

Chris Edser currently lives and draws in Adelaide, Australia. He has worked in a diverse range of areas – from theatre to sports, classical music to novelty rock bands, wine to beer – so you’ll probably find something to talk to him about.

Chris animates characters, carves things out of wood, was once a member of the video department at Fabrica Creative Research Centre in Italy, and previously designed t-shirts for Screamdance. Chris has completed a Bachelor of Visual Communications (Illustration) at UniSA where he has since taught an animation course and occasional illustration classes. His previous theatre work includes State Theatre Company South Australia and Windmill Theatre Co’s Rumpelstiltskin and Windmill Theatre Co’s Scotland tour of Baba Yaga.

Selene Cochrane has been a costumier for over 25 years. Starting out working in the fashion industry, she eventually moved into theatre and performance art. Her designs have featured in her work for numerous productions for performer Christine Johnston, with whom she continues to work. Their most recent collaboration being for her role as “The Old Lady” in Opera Queensland’s production of Candide 2015.

As Wardrobe Supervisor and Resident Designer for Queensland Ballet from 1998 to 2003, Selene designed and made costumes for many productions including The Little Mermaid, Don Quixote and Sleeping Beauty, some of which toured throughout Australia and Internationally. Whilst working with the dancers, Selene developed an extensive knowledge and love of making costumes that can “move” with the body. She has also created costumes for many dancers, acrobats and companies including Expressions Dance Company and Circa Contemporary Circus.

Including her freelance work as costume designer and maker, Selene is also currently working as Wardrobe Coordinator at Circa.

What The Critics Say

"★★★★★ A brilliant new version of the alluring old Russian fairytale"

"★★★★ A hugely imaginative piece of theatre... an inventive mash-up of cabaret, animation and children's theatre"

"A modern take on a Slavic folklore classic, Windmill's adaptation of Baba Yaga is a clever reboot with an uplifting message "

"★★★★★ A fabulous and thoroughly entertaining metaphor for positivity and hope; for finding what lies within"

"A funny and eccentric barrage of invention..." " 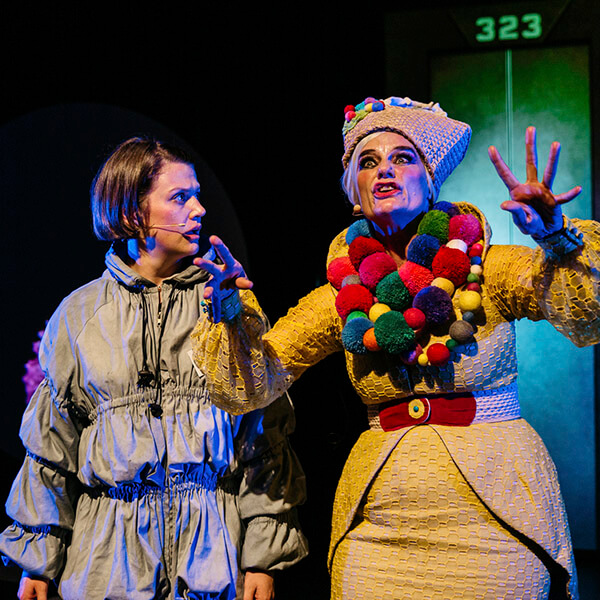 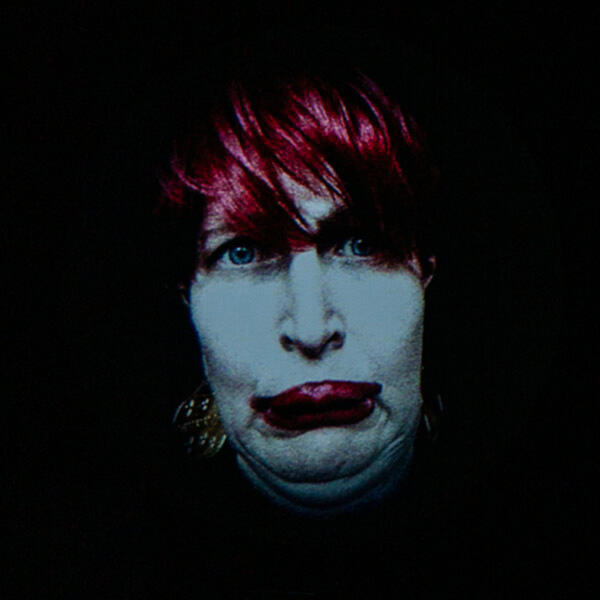 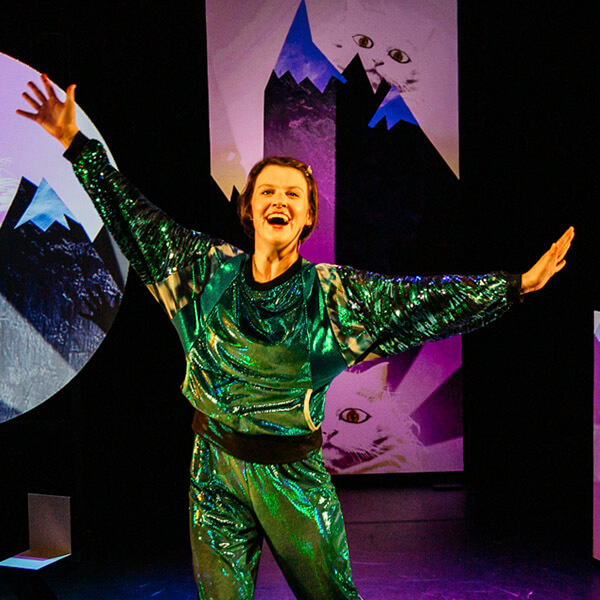 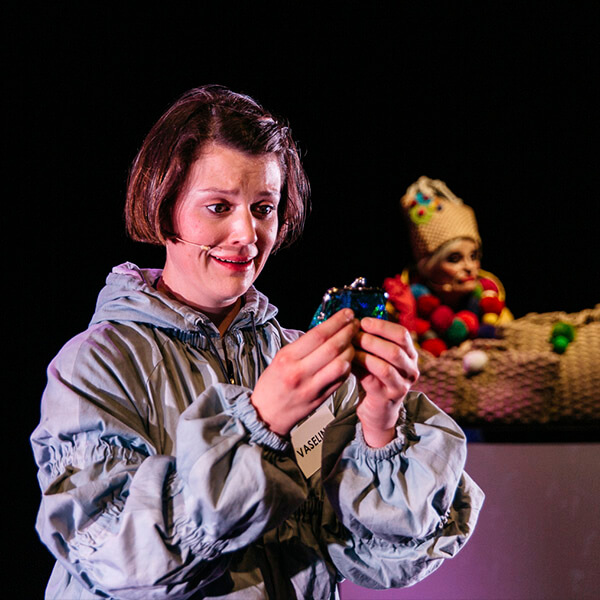 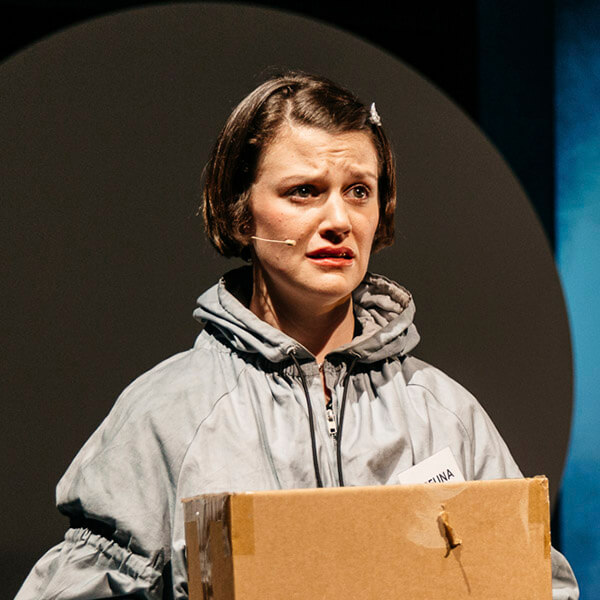 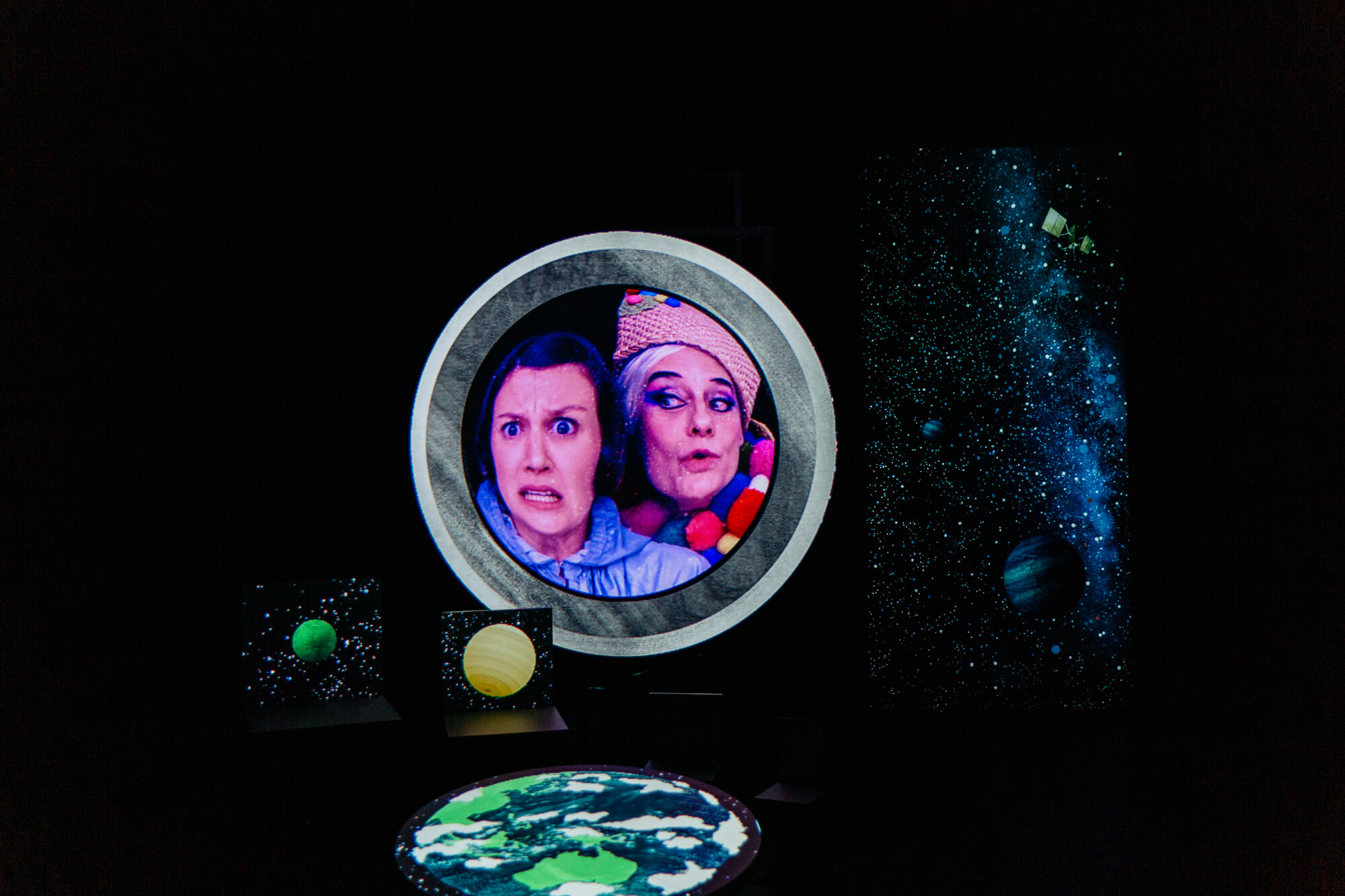 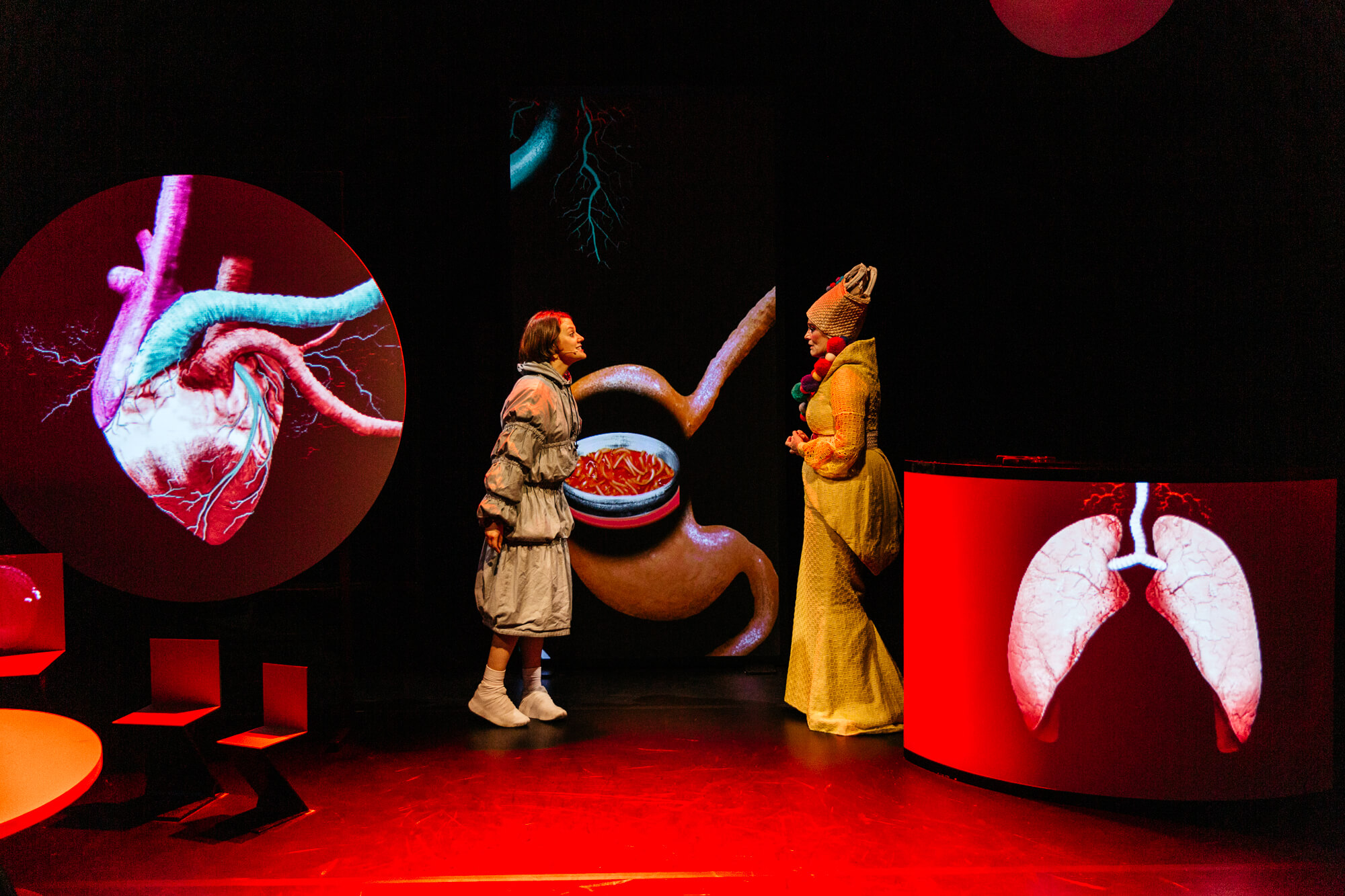 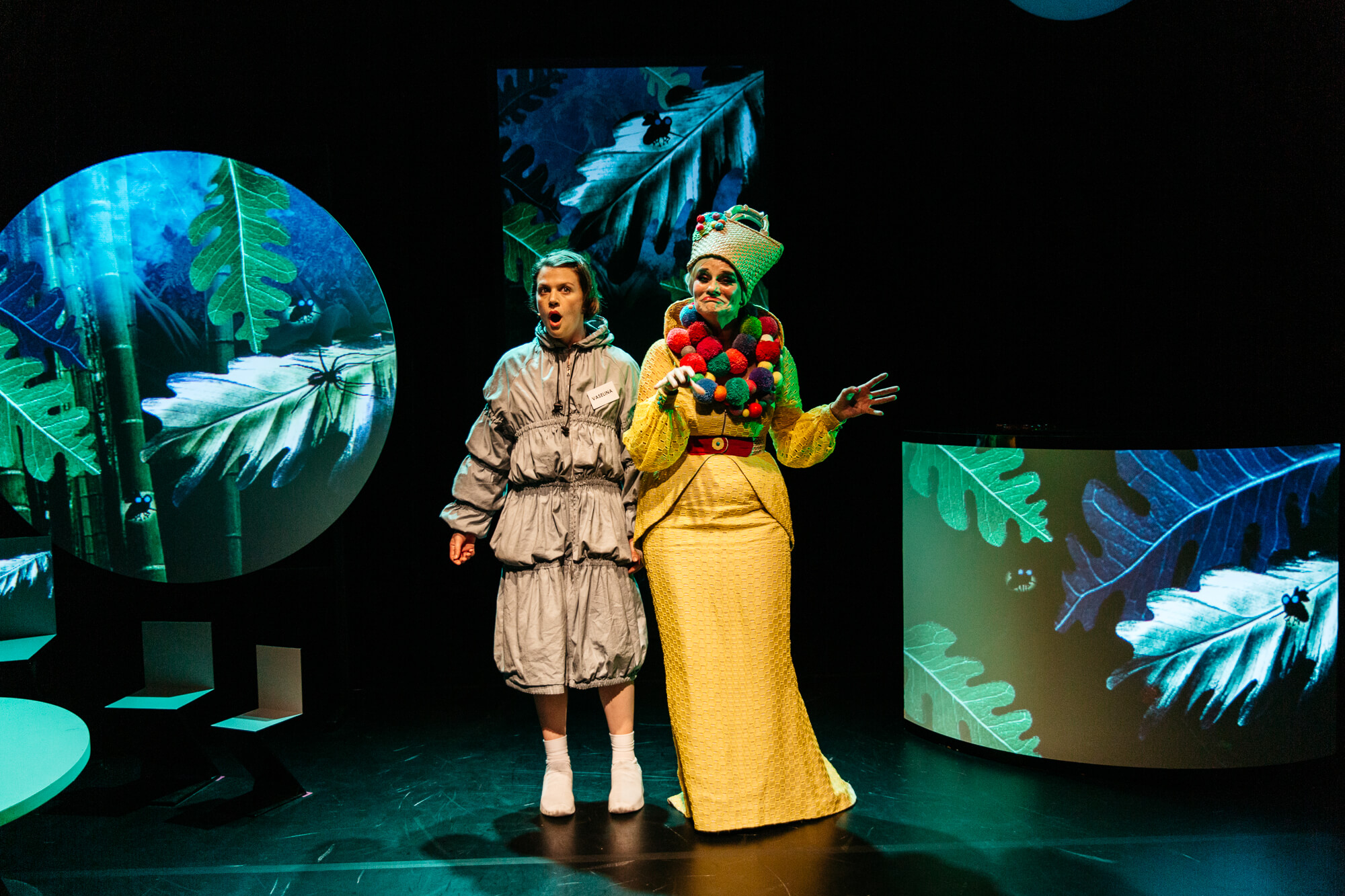 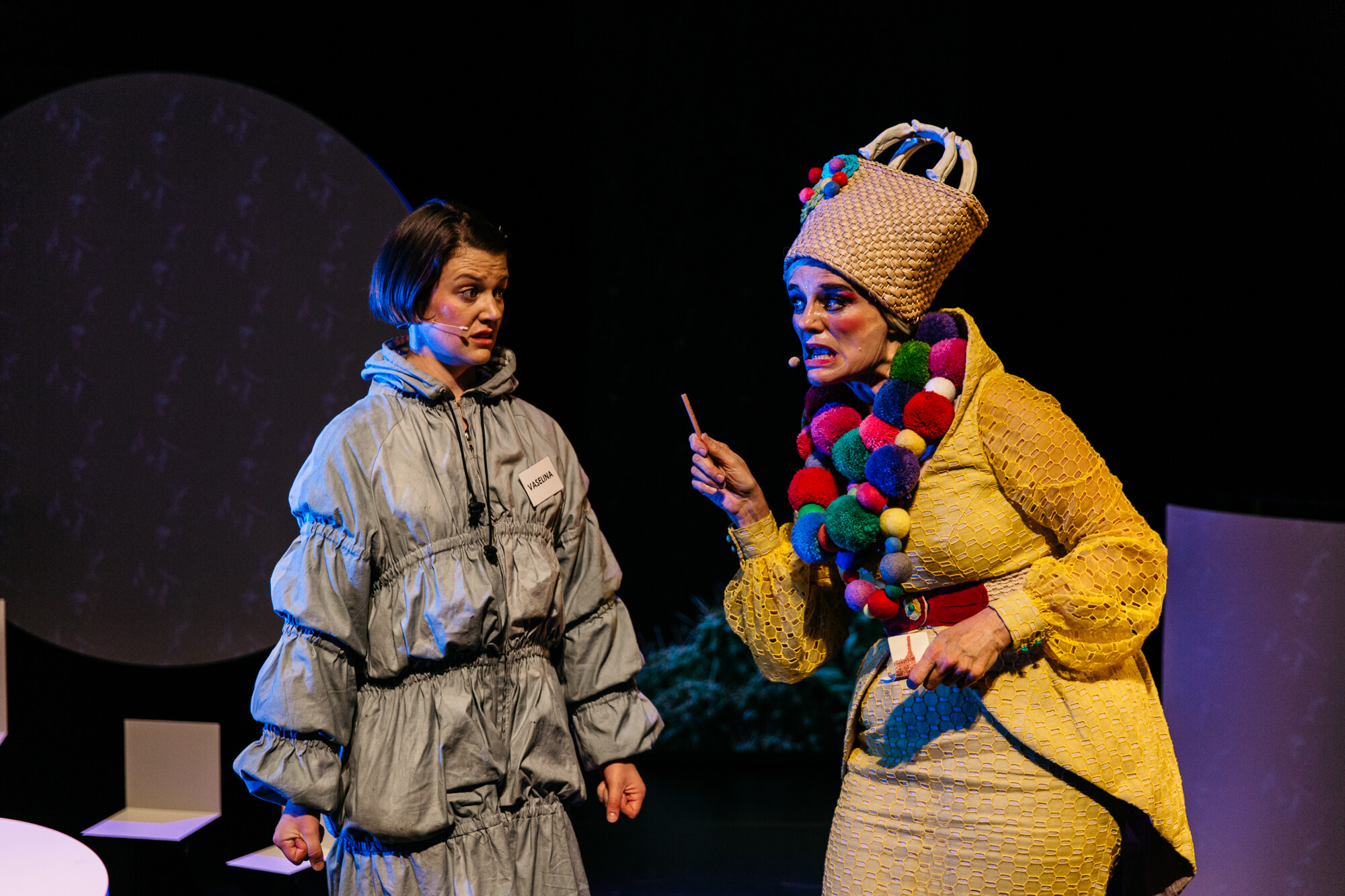 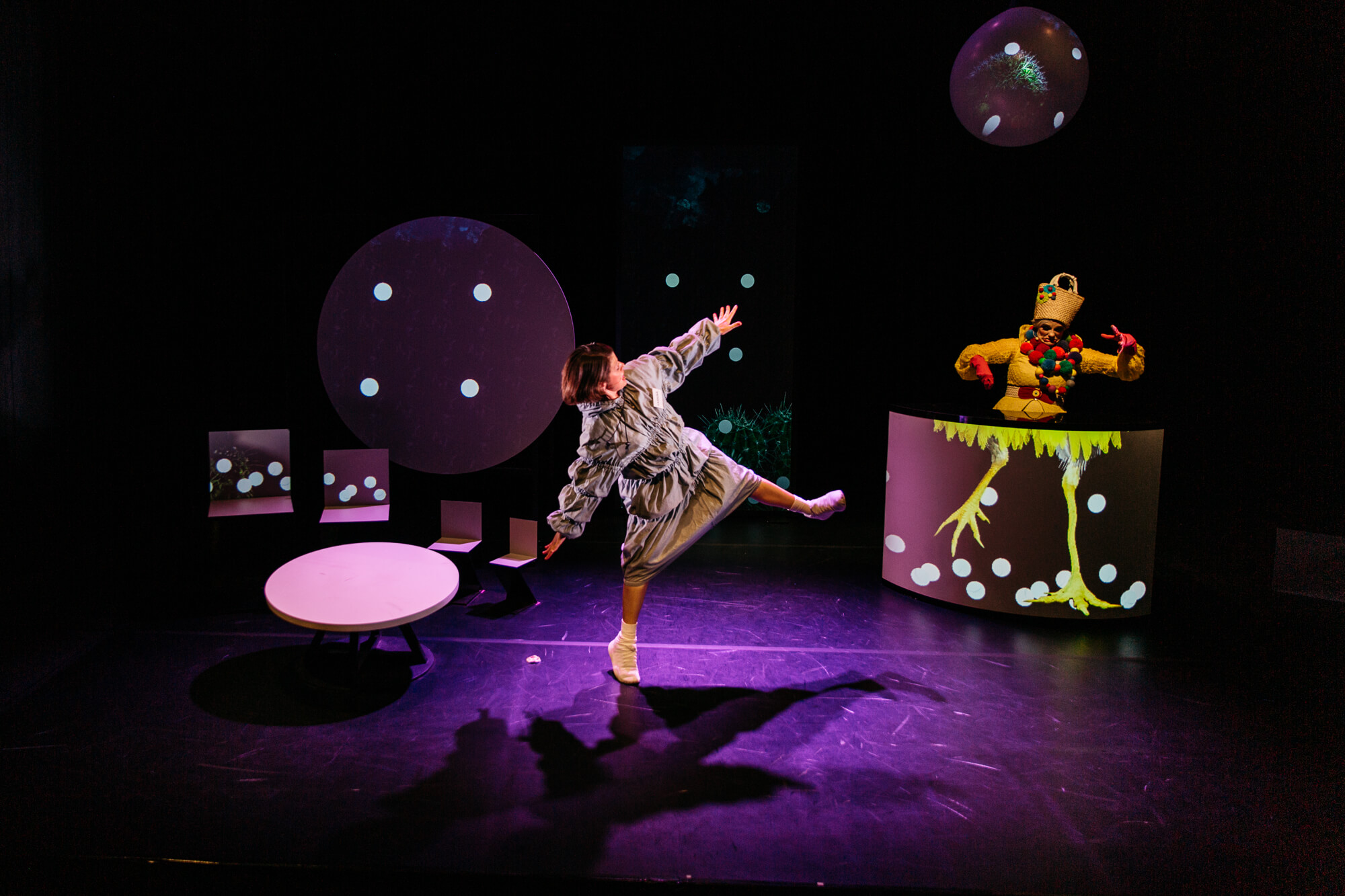 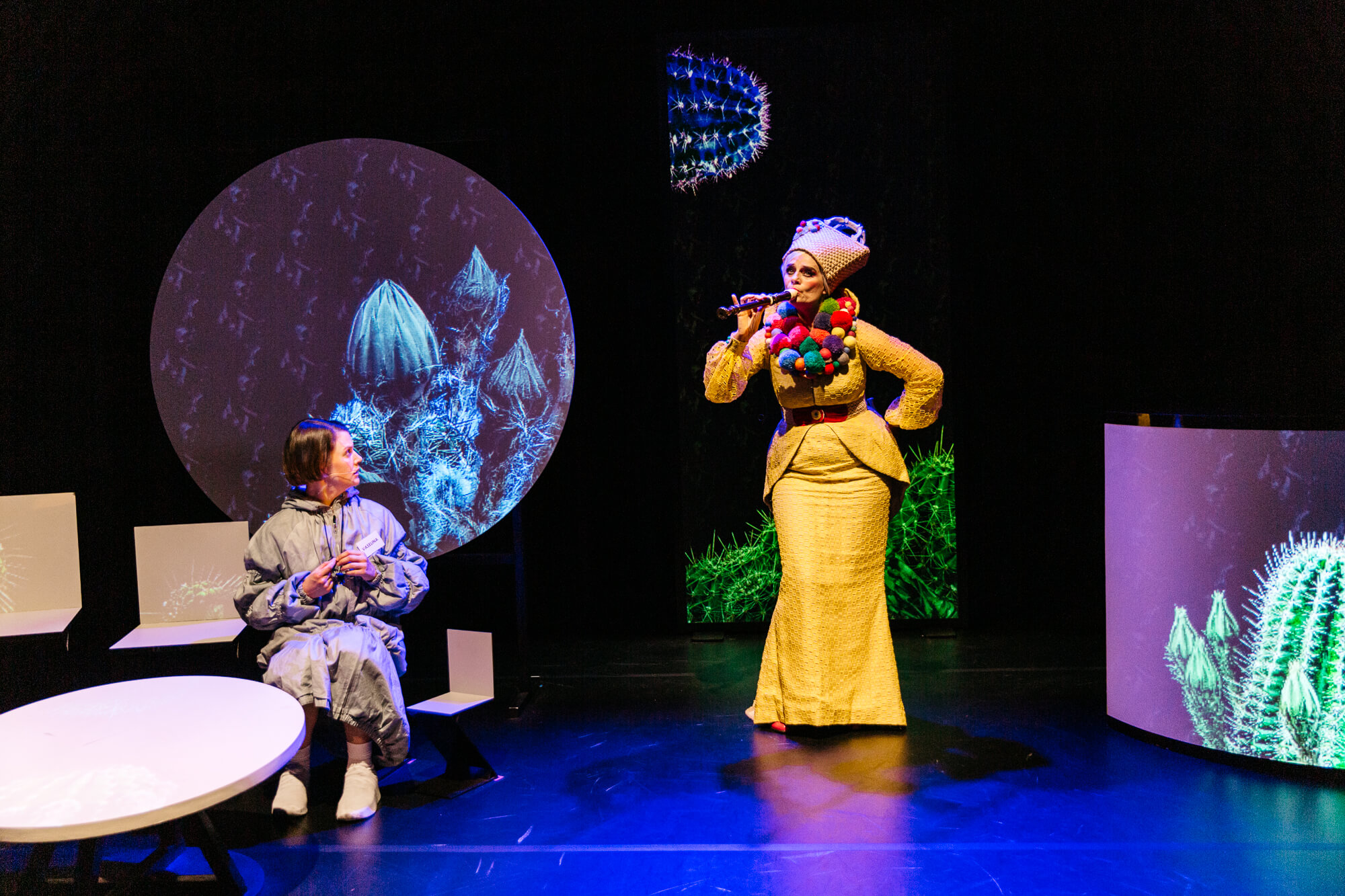 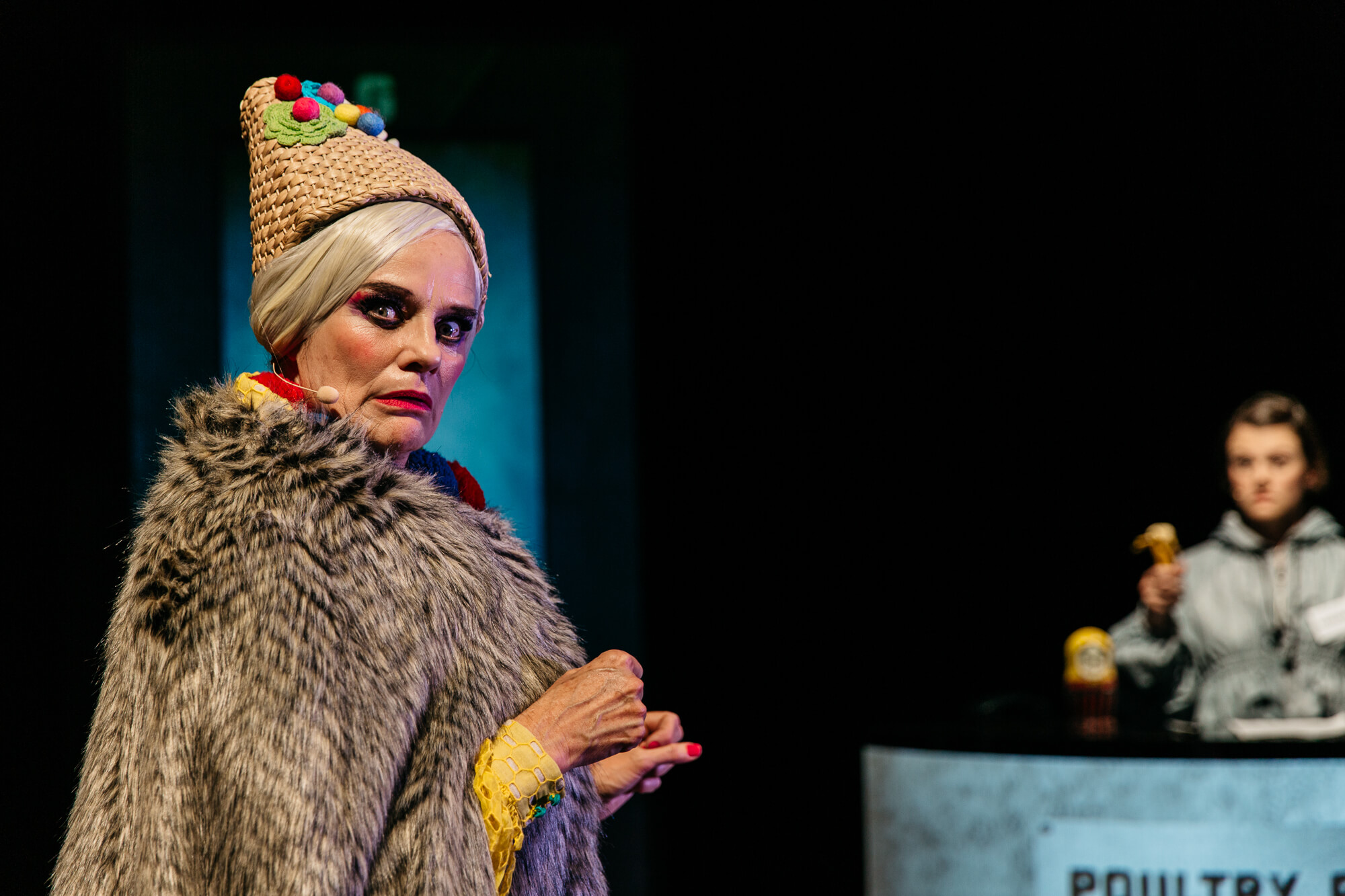 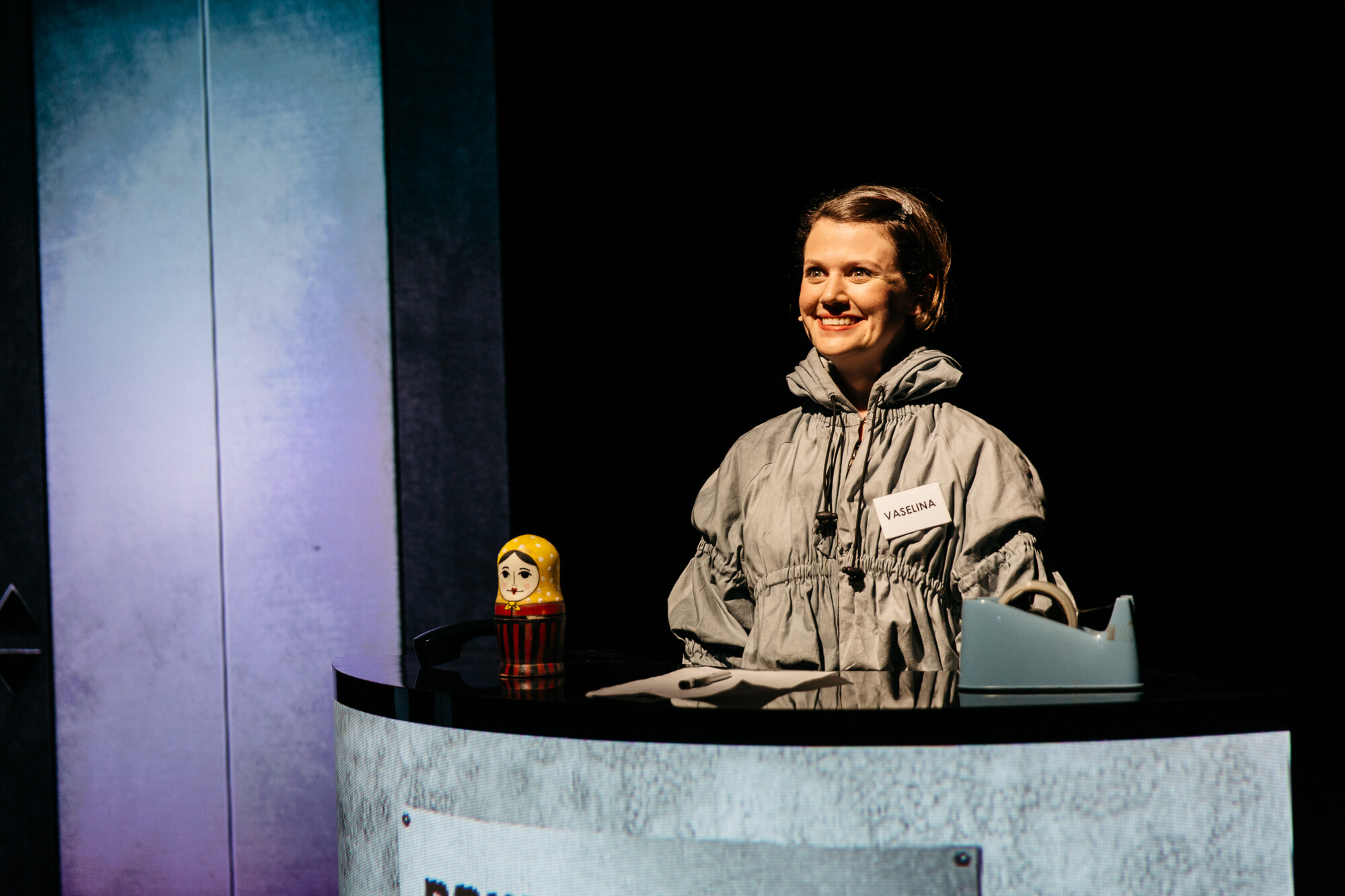 Christine Johnston and the weird and wonderful Baba Yaga

Life on the road: Elizabeth Hay from Baba Yaga

Who is Baba Yaga?