A slightly sideways tale about unexpected friendship, finding where you fit and learning to mix it up a little.

In Mort’s Village everything has its place, every day is the same and everyone likes it that way. Until one morning, crash, boom, bang… down comes Beep.

What is this annoying interruption to Mort’s breakfast molly melon, who is this noisy robot girl, and how will she find her home?

With Windmill’s trademark design, gentle storytelling, music and puppetry, Beep tells the story of what happens when someone new comes to town. 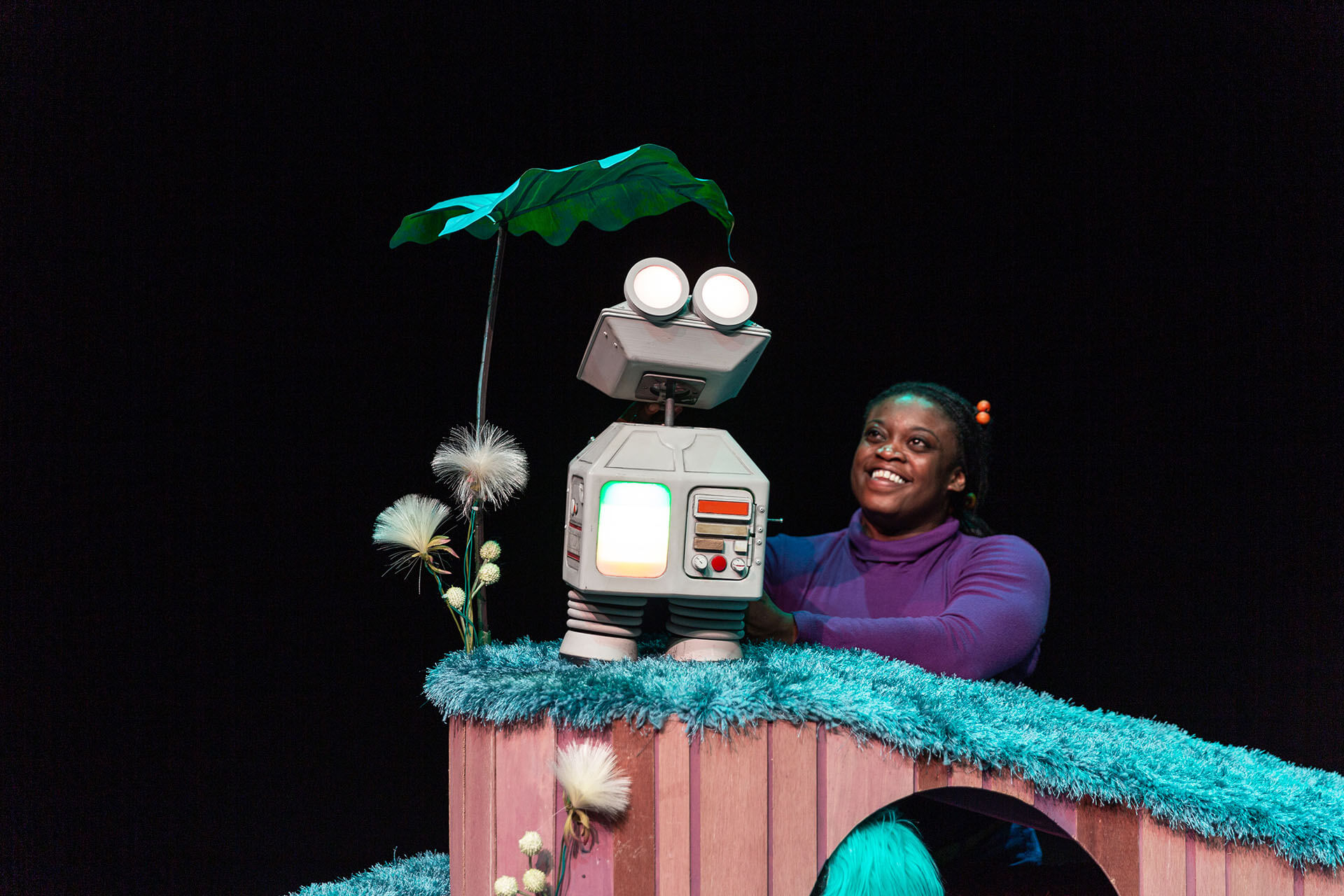 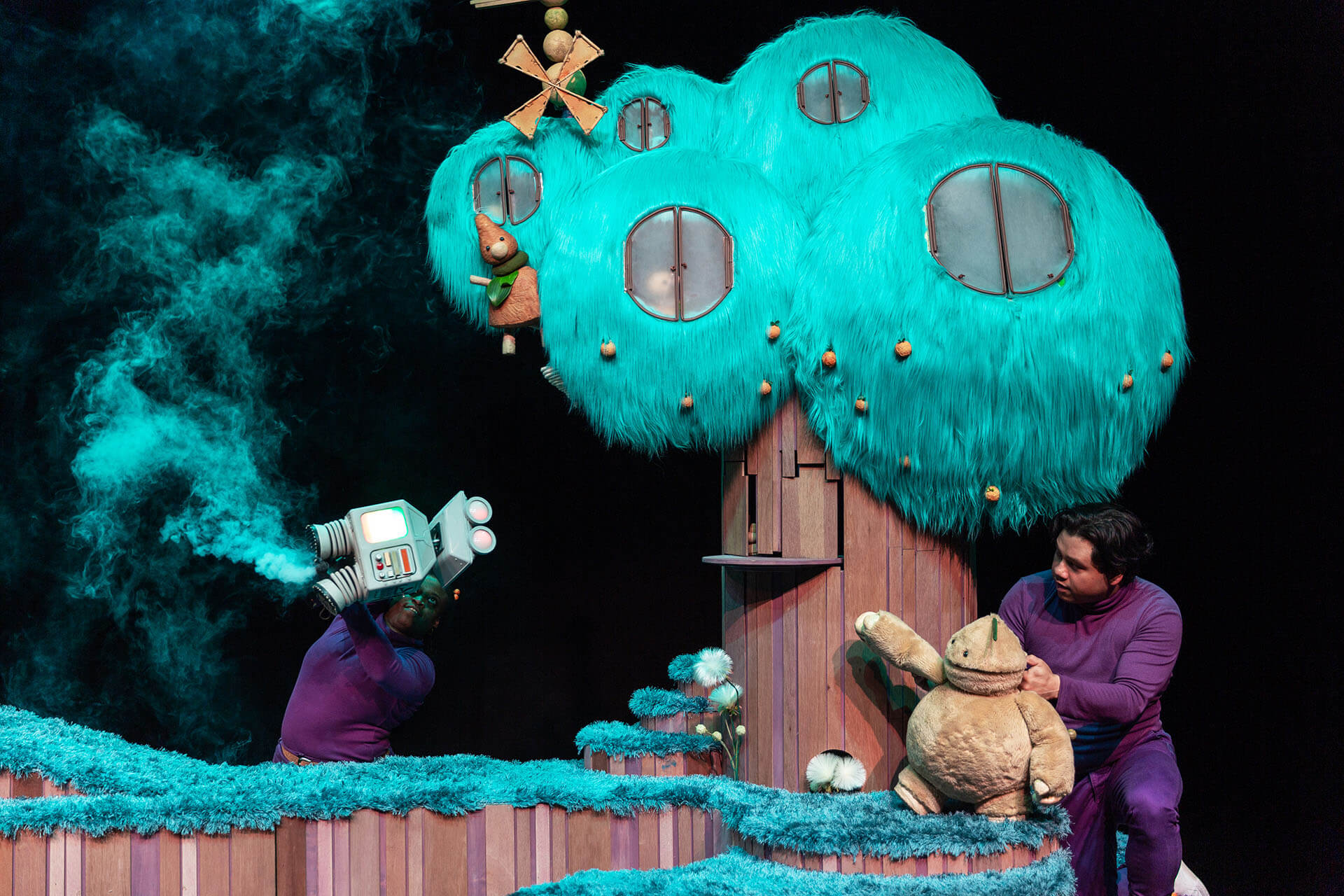 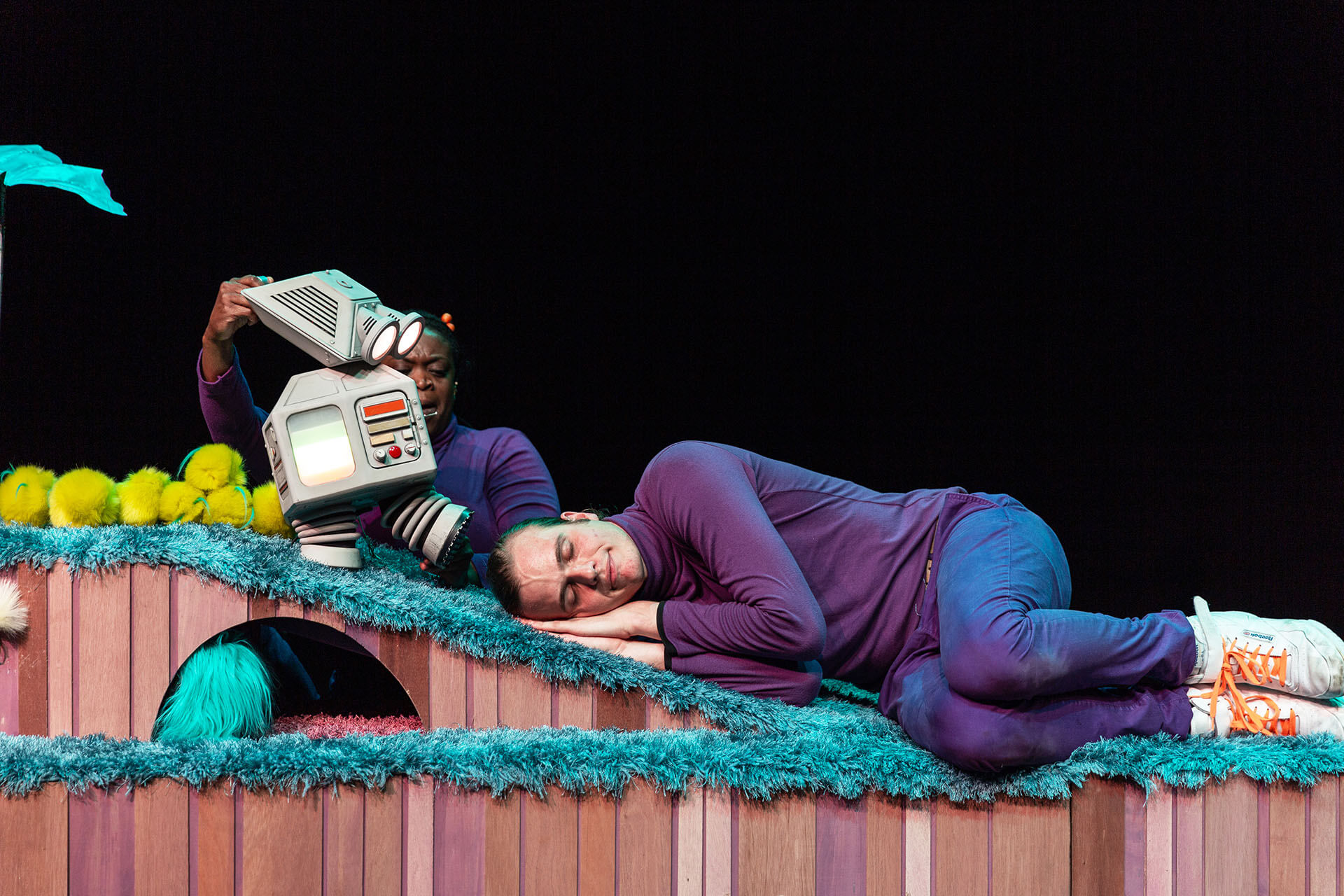 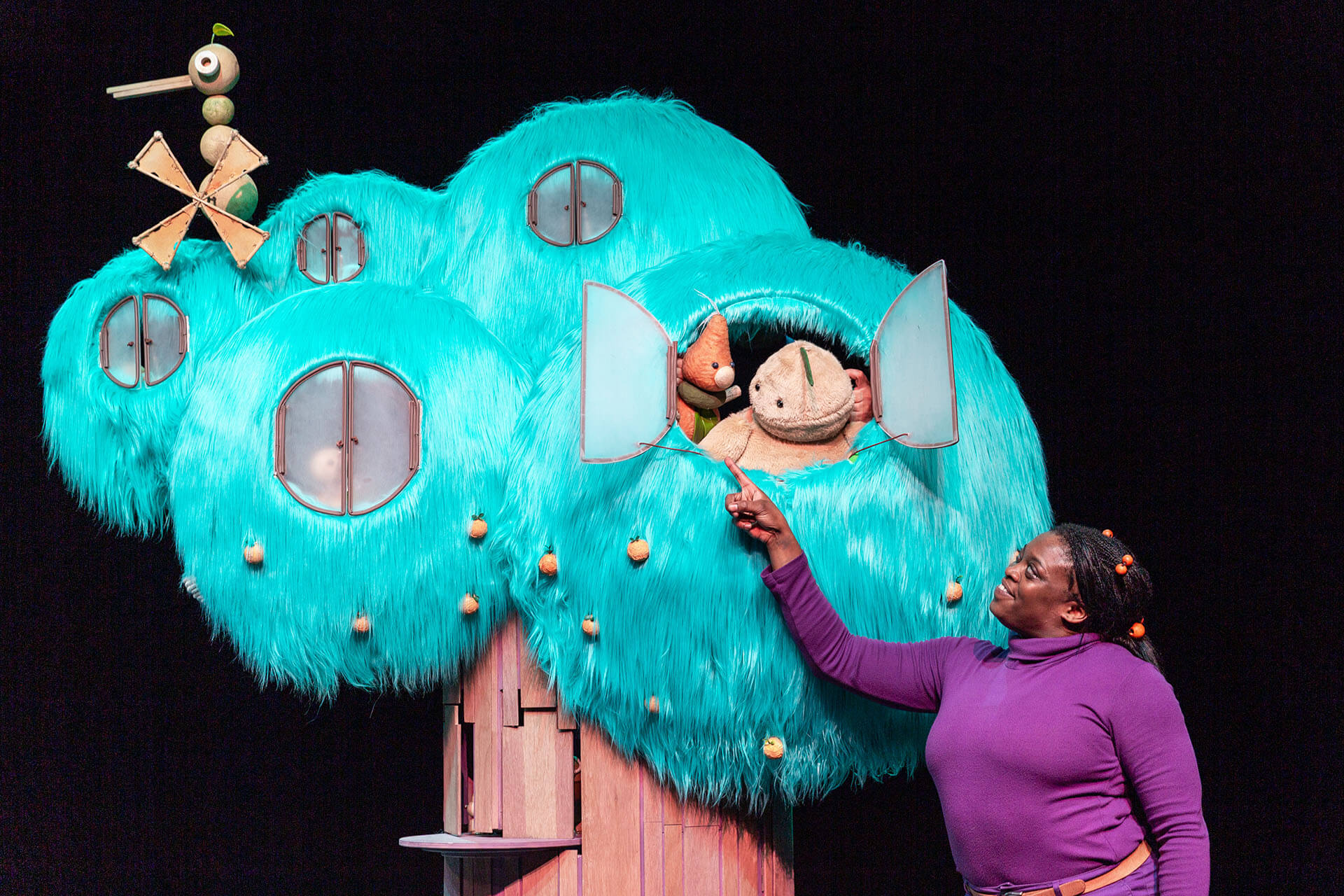 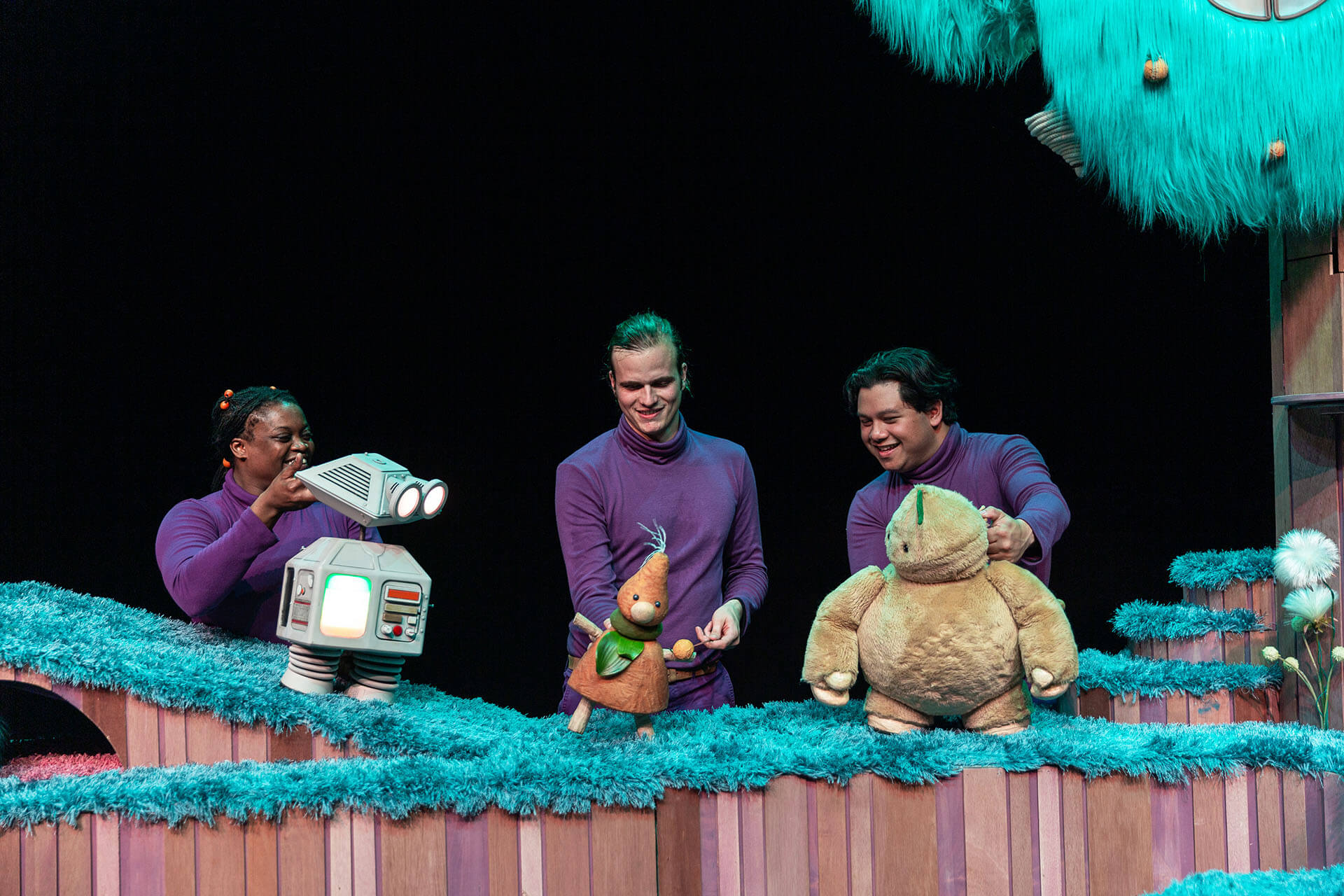 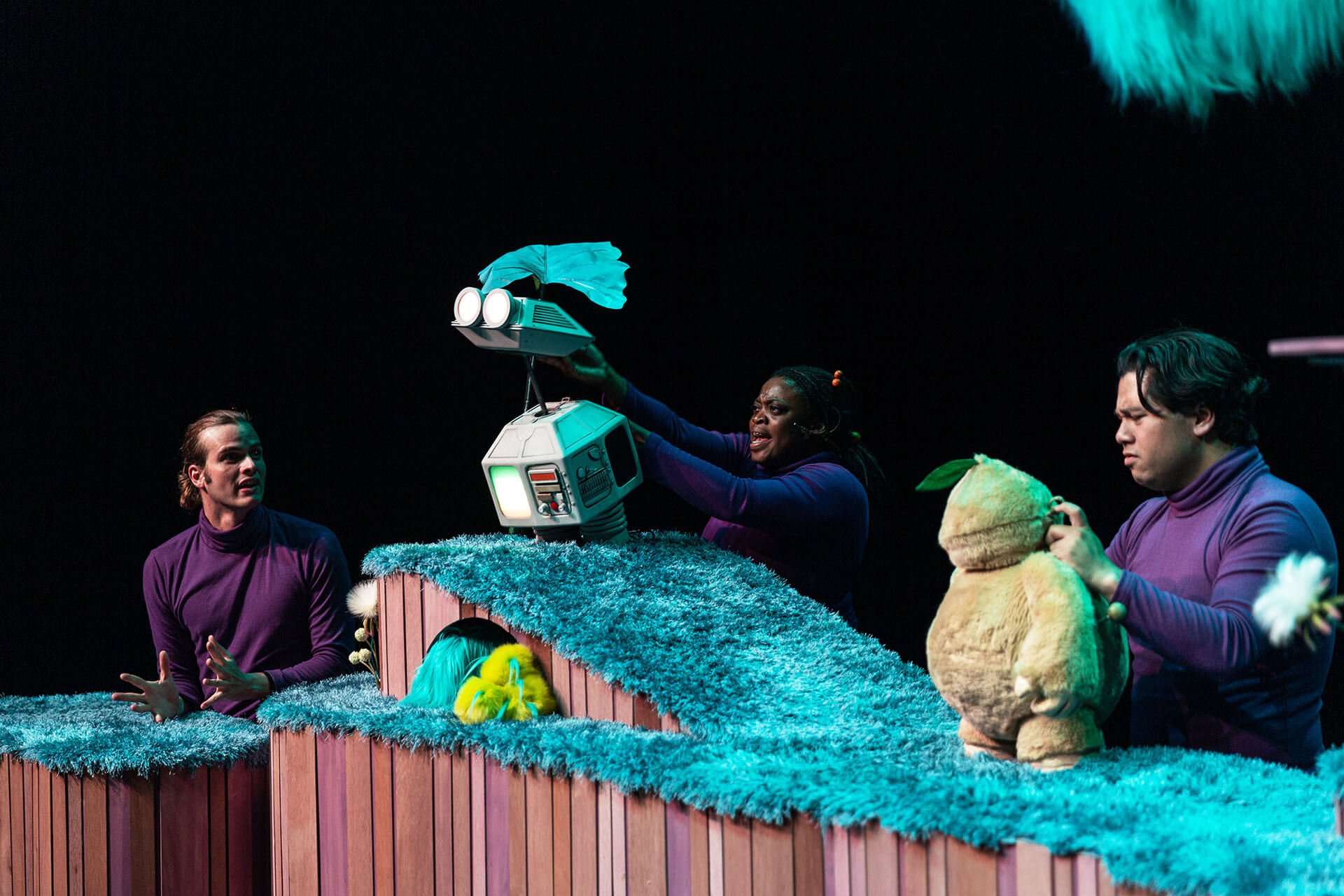 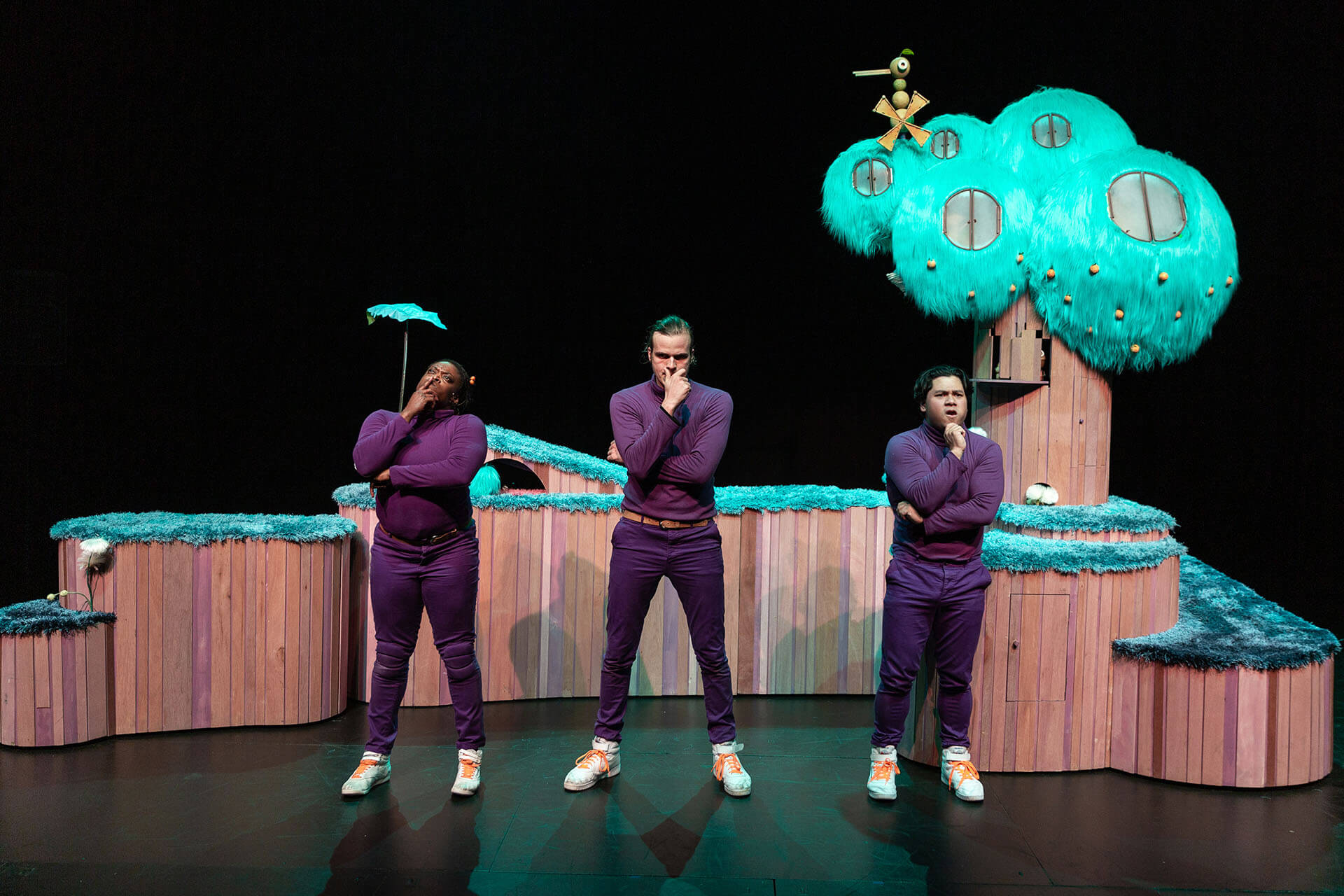 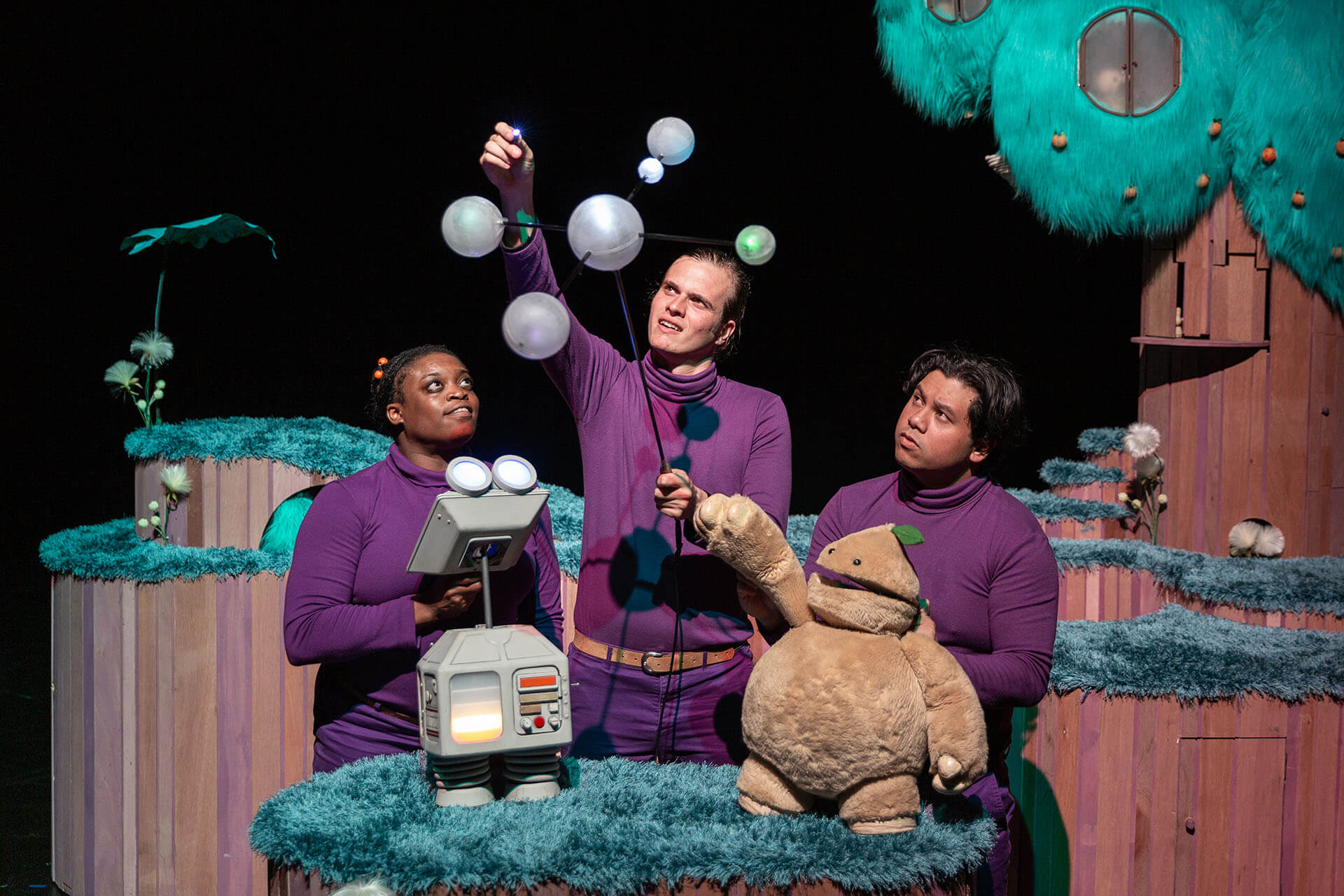 Katherine graduated with Honours from Flinders Drama Centre, Adelaide in 2001. She was a founding member of The Border Project where she co-created and performed in a number of shows and also held the role of General Manager for 13 years.

She performed in I Am Not An Animal, I Animal, Trouble on Planet Earth, Highway Rock N Roll Disaster, Please Go Hop!, and Disappearance for the company. As a performer, Katherine has toured internationally in Afternoon of the Elves and The Green Sheep for Windmill, and performed in productions at STC, MTC, STCSA, Patch and Vitalstatistix. Recent writing credit Ghosts, Toast and the Things Unsaid for Sandpit and Google’s Creative Lab won the 2016 Best Interactive Adelaide Fringe Award, and has since been adapted into a VR experience for ACMI. Katherine is currently General Manager at Polyglot Theatre.

Matt is a Flinders Drama Centre graduate, ensemble member of award-winning independent theatre company five.point.one and a Critics’ Circle emerging artist of the year recipient. Matt has appeared in many productions for Windmill Theatre Co.

Rumpelstiltskin (co-produced with State Theatre Company South Australia [STCSA]), toured Grug through China and North America, including a one-month New York season in 2013, appeared in Grug and The Rainbow and The Girl Who Cried Wolf. Other highlights include Volpone (Or The Fox), Between Two Waves, Babyteeth, Pornography and The Give And Take (STCSA), The Front (Adelaide Cabaret Festival), Once Upon a Midnight (OzAsia Festival), The Bureau of Complaints (AJZ Productions), No Hello (Duende), Van Badham’s Notoriously Yours, The Lake, The Share and That Face (five.point.one).

"A tender tale of friendship for the whole family"

"Forget Star Wars’ BB-8 or Pixar’s WALL-E, Beep is the most endearing robot of them all"

"Judging by the smiles, laughter and commentary from the little ones… this is a surefire winner for Windmill"

"My four-and-a-half-year-old date declared it her favourite production of the year and gave it ten-out-of-ten. Can’t argue with that!"

"Our favourite family show to date, this is children’s theatre at its best! "

Beep is a Windmill Theatre Company production. The creative development of Beep was supported by the Windmill Studio Collective.

2021 seasons in Noarlunga, Port Pirie and Whyalla are presented in association with Country Arts SA.