It’s a perfect, balmy night in the outback. A sleep-deprived camper, a cheeky quokka and an emu with a penchant for creating wild inventions, awake to discover that a koala has come down with a stubborn and ear-shatteringly loud case of the hiccups.

The three embark on an epic journey through the night that sees them frantically eat, sing and invent their way towards a cure before the sun comes up.

Hiccup is a hilarious rocking musical extravaganza about working together, finding friendship and how to, once and for all, stop the hiccups.

Ellen Steele is a theatre maker and performer based in Adelaide, South Australia. She is a founding member of isthisyours?, an all-female collective committed to creating new and unconventional performance. Since their inception in 2007, isthisyours? have created five original full scale works, toured nationally and won multiple awards. Their latest production was a world-first reworking of David Williamson’s The Club (An All-Female, 3 Actor Version) as part of State Theatre Company SA’s 2019 season.

Ellen is a current recipient of an Arts SA Fellowship undergoing research and development in Beijing and Adelaide for a new cross-cultural work, The Friendly Games.

Ross McHenry is a multi-award winning composer, bass player and from Adelaide, South Australia. His original compositions encompass a broad range of influences including jazz, contemporary electronic and chamber music. Ross’ work reflects the unique and changing cultural landscape of Australian creative music and aims to explore the idea of modern Australian cultural identity within the context of an increasingly interconnected global musical landscape. Ross has performed extensively around Australia and the world at leading arts festivals and venues including Glastonbury, The Sydney Festival, The Adelaide Festival, WOMADelaide, the Falls Festival, Wellington International Jazz Festival and the Melbourne International Jazz Festival.

Chiara (she/her) is a queer artist working on Wurundjeri and Kaurna land.

She works as a performer, writer, and poet. Chiara is currently a co-producer of Melbourne’s Slamalamadingdong and producing her own online series #thatswhatshesaidsunday. As an actor she was worked with State Theatre Company South Australia, Freerange Theatrix, Foul play and Act Now. She has been selected as the Adelaide City Library Poet in Residence and has performed at the Australian National Poetry Slam. She has recently been published in the anthology Spitting Teeth.

She performs in drag as Bruno Salsicce.

"★★★★★ Hiccup is truly an ensemble piece, with stellar actors and production team. It is a welcome and joyous return to theatre for Australian children and their families."

"Hiccup is a winner... The kids were with them every step of the way, singing and clapping along, cheering the triumphs and lamenting the disappointments, and loving every bit of it."

"Windmill’s performance of Hiccup! has barely begun when the theatre erupts in the giggles."

"The set is a pastel-coloured dream... This is one case of the hiccups you’ll actually want to be near! Don’t miss the world-first run of this show."

"Even before he speaks, the audience is laughing at Nathan O'Keefe in little orange shorts and a silver vest." 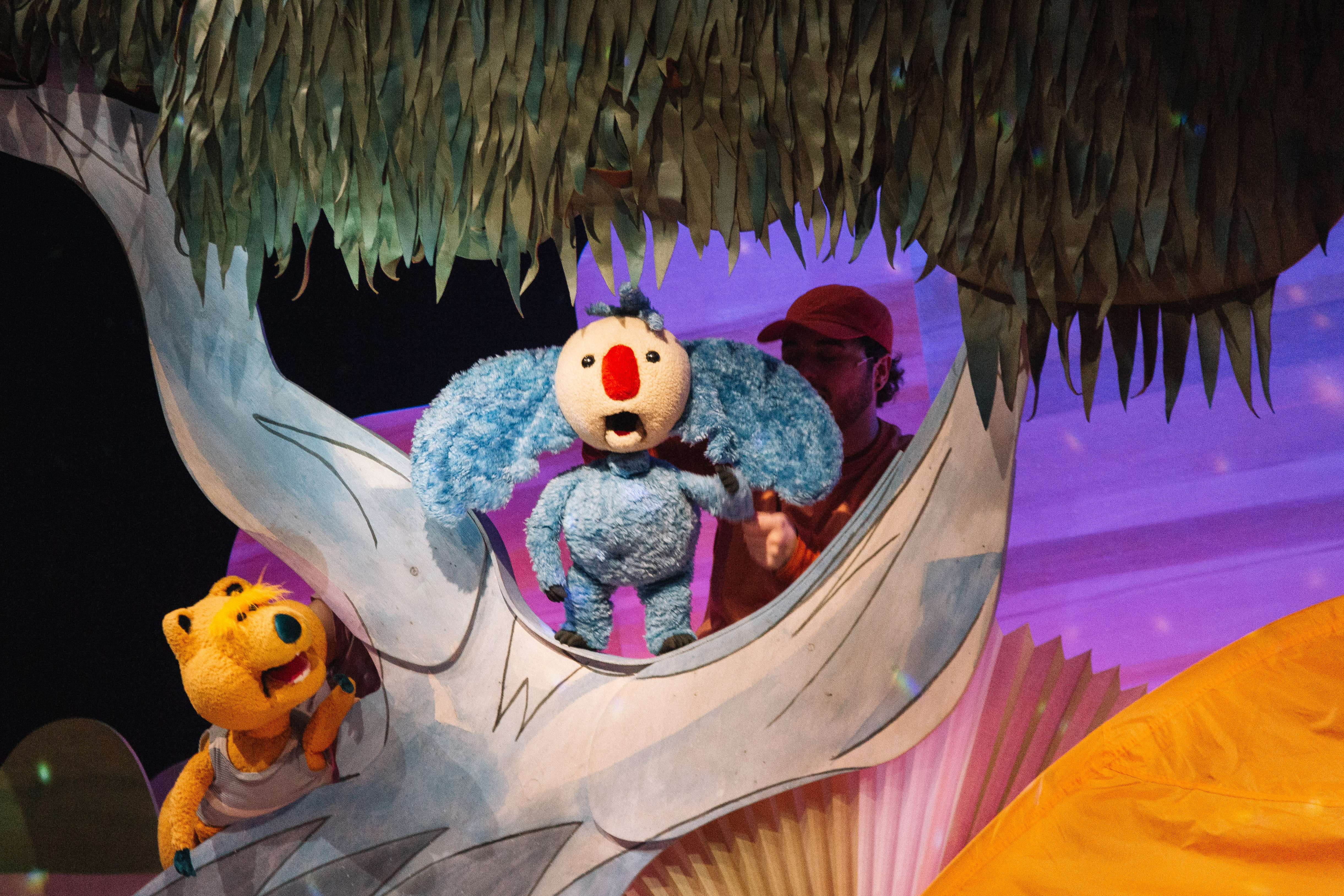 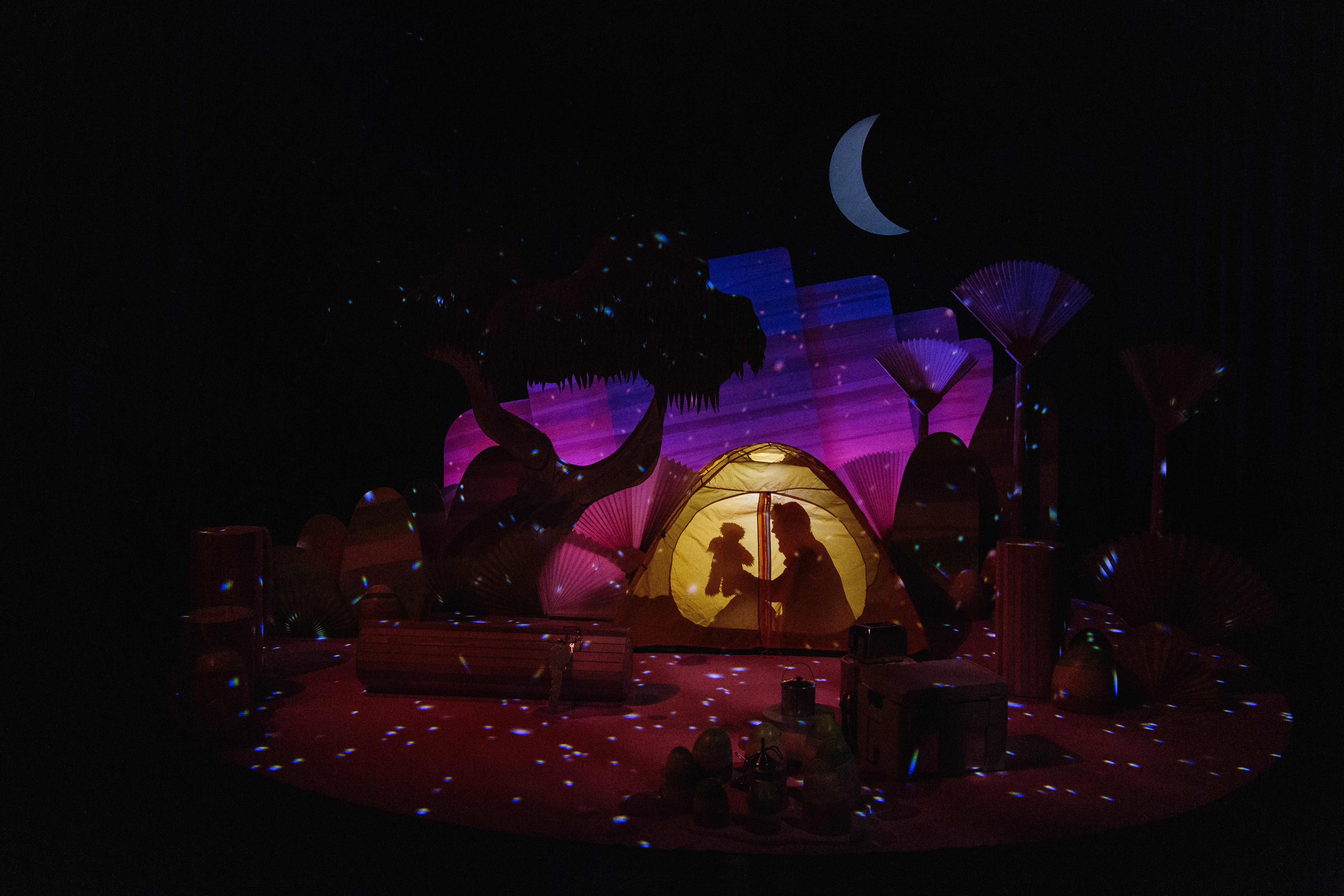 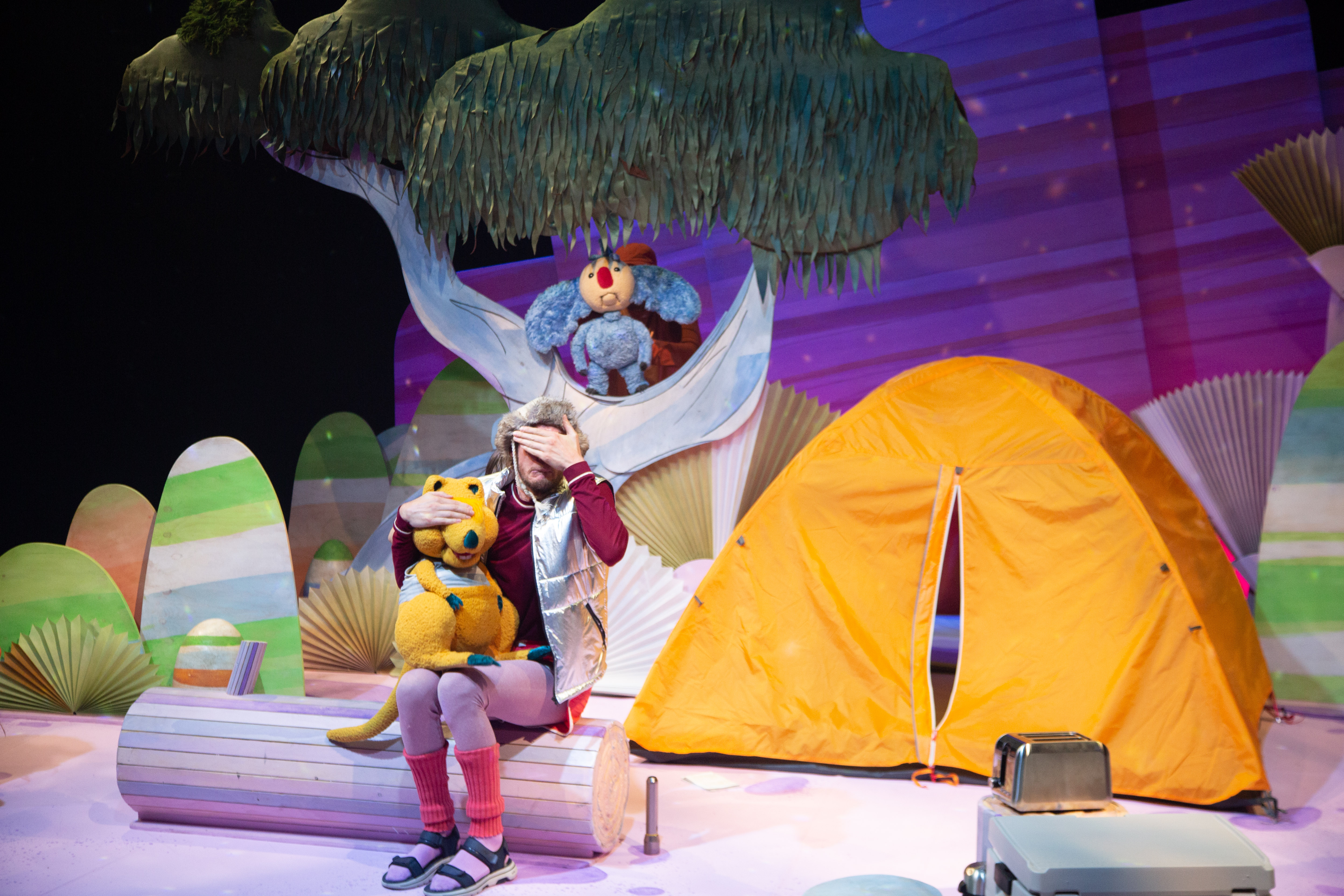 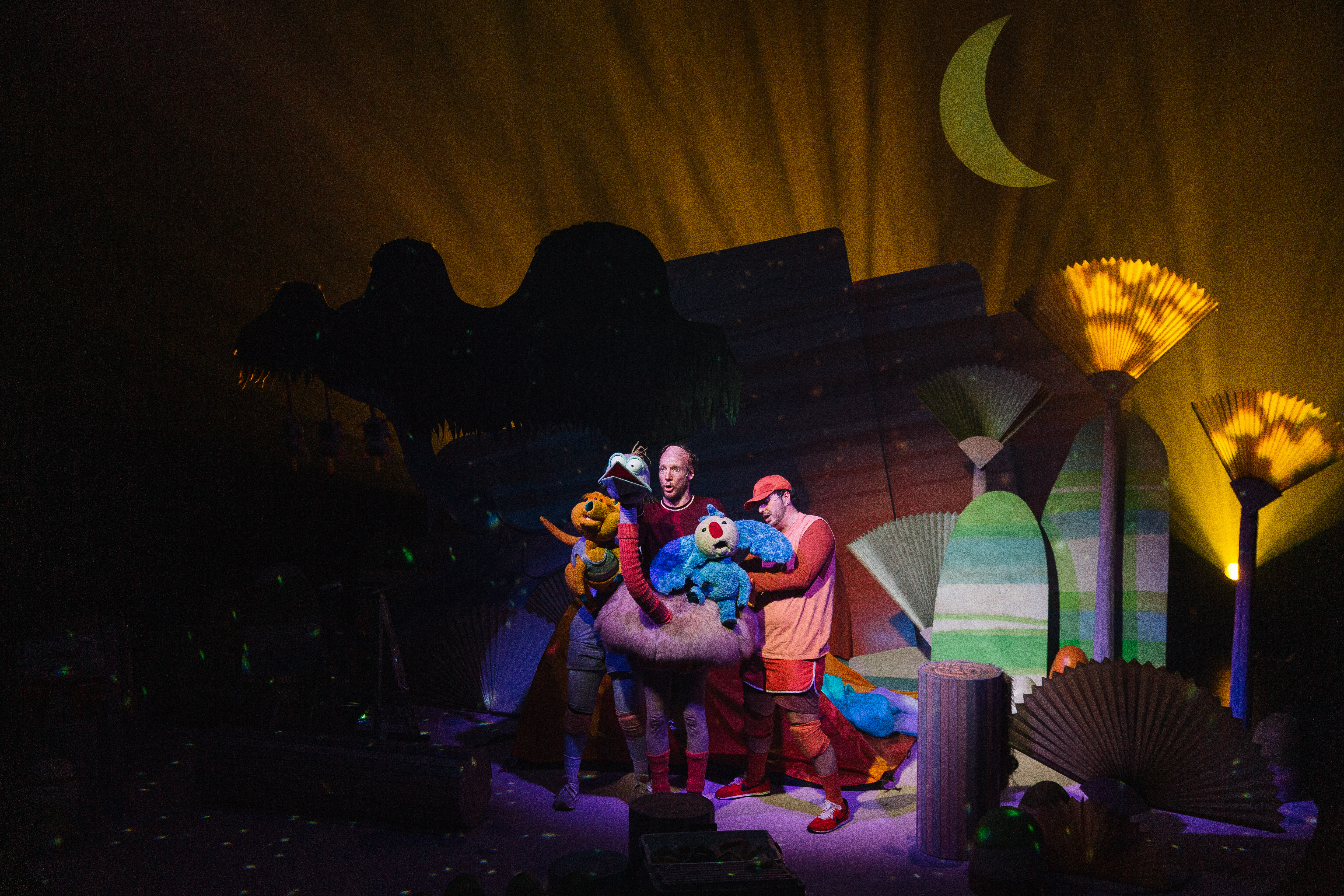 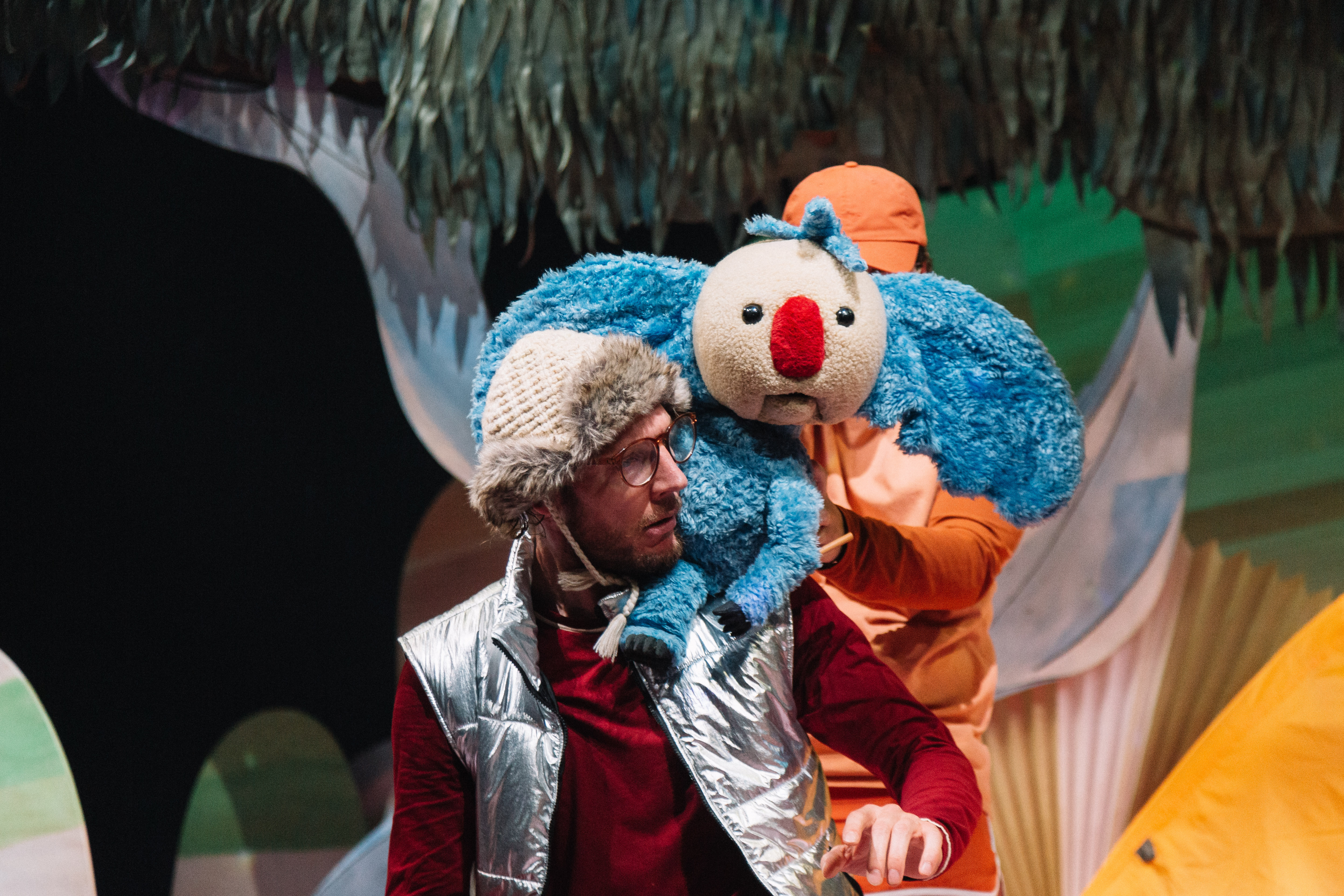 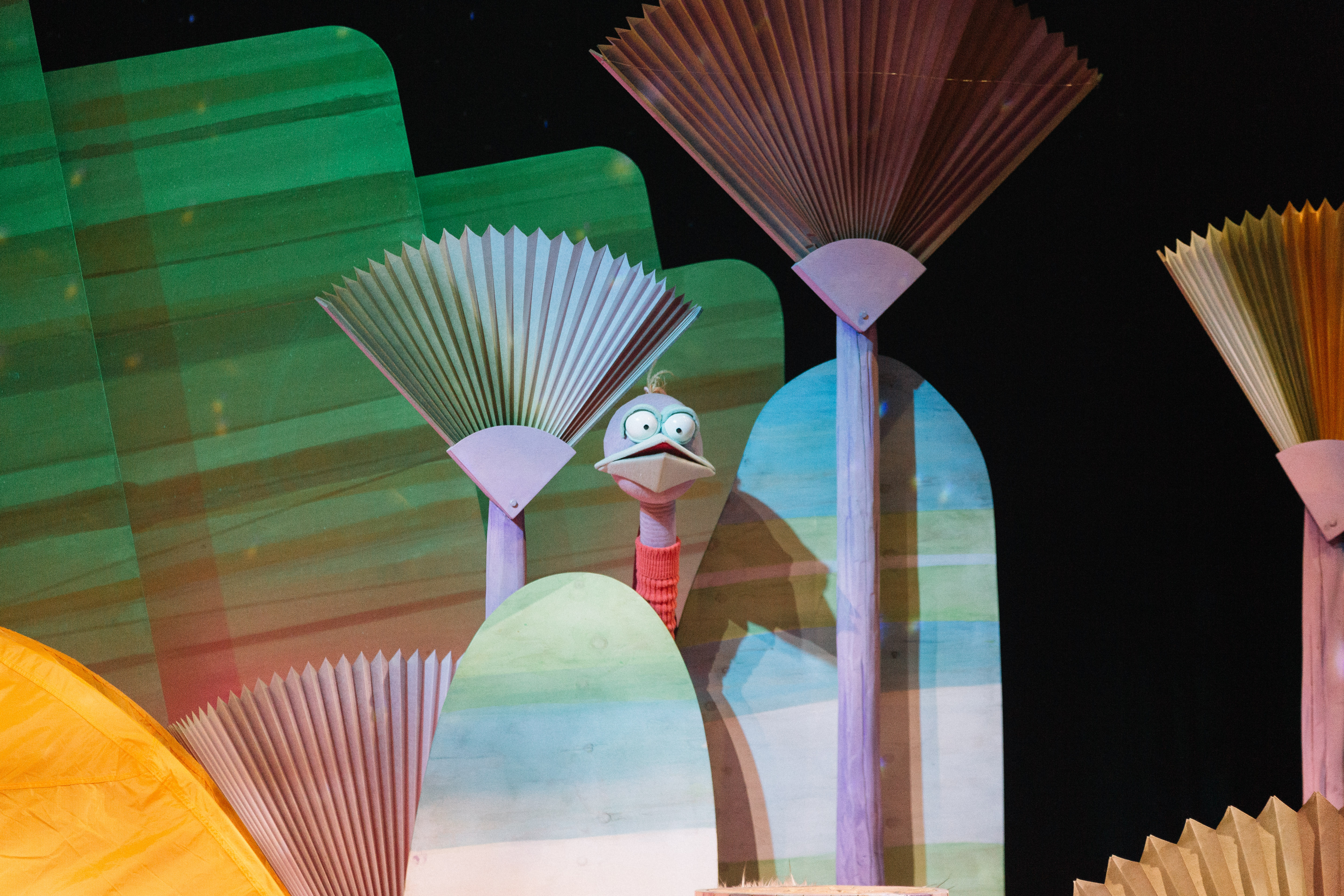 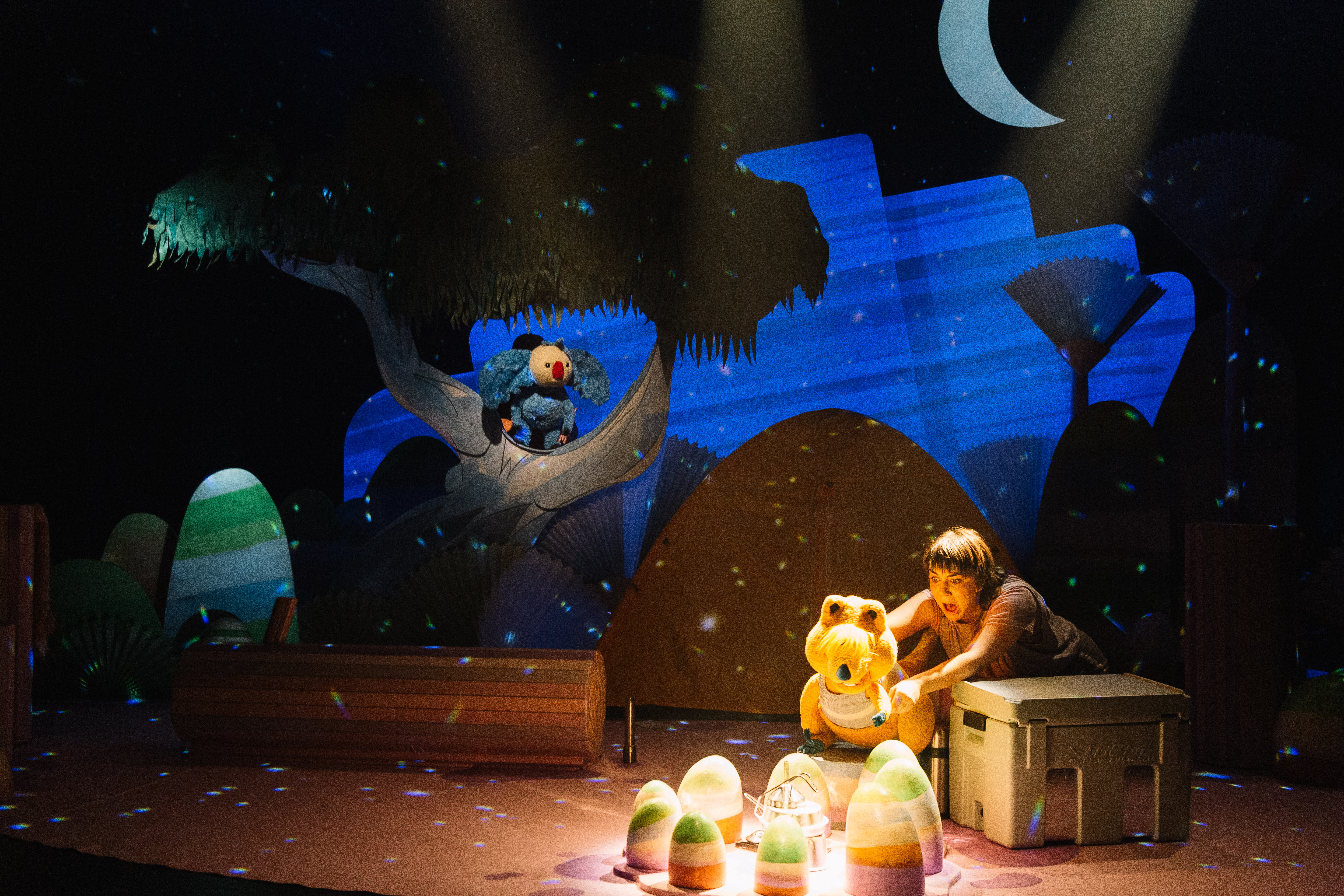 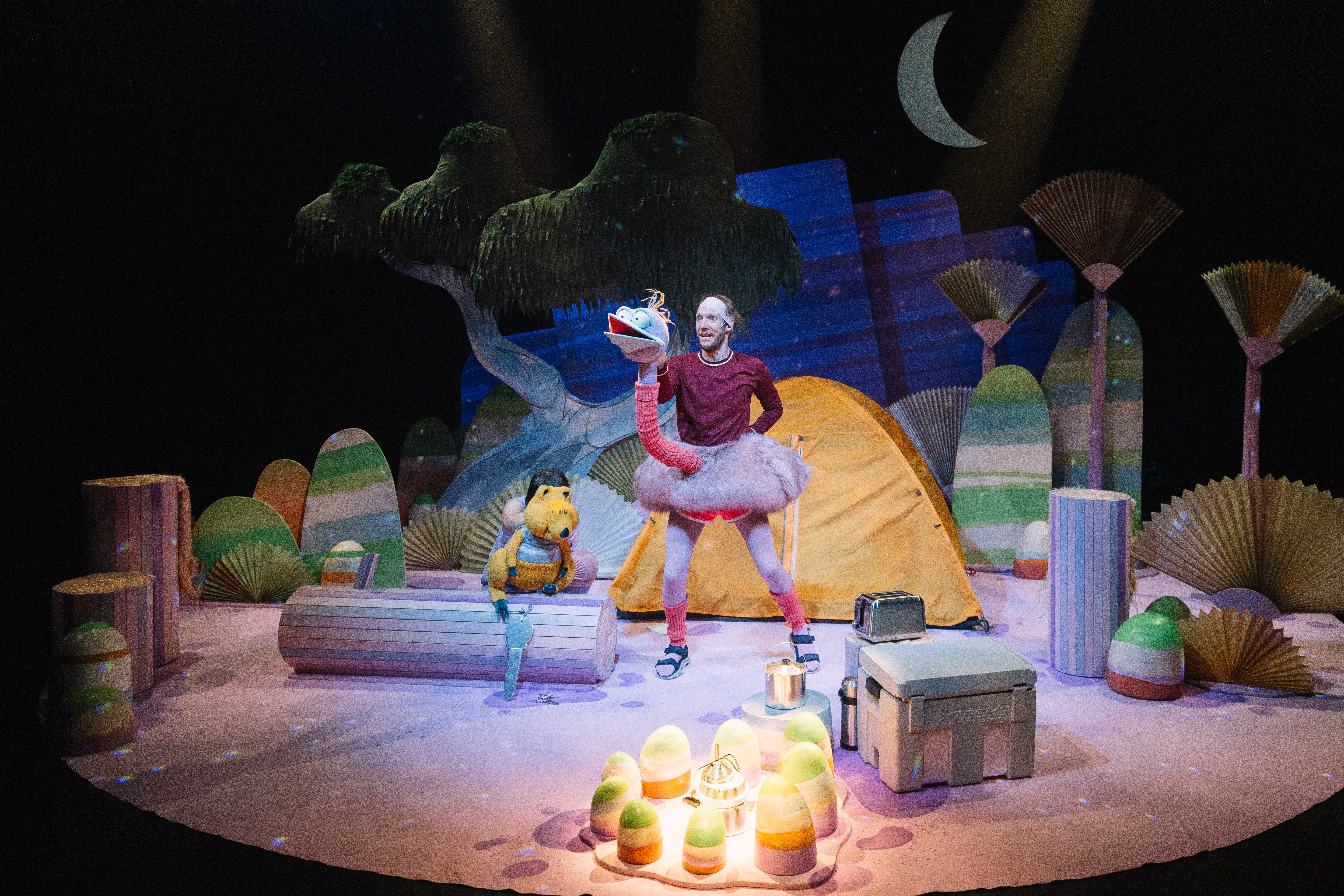 A Windmill Theatre Company Production presented in association with Adelaide Festival Centre. Supported by the Windmill Studio Collective and The Advertiser.