Based on the critically acclaimed production by Windmill Theatre Co, Girl Asleep is a journey into the absurd, scary and beautiful heart of the teenage mind. 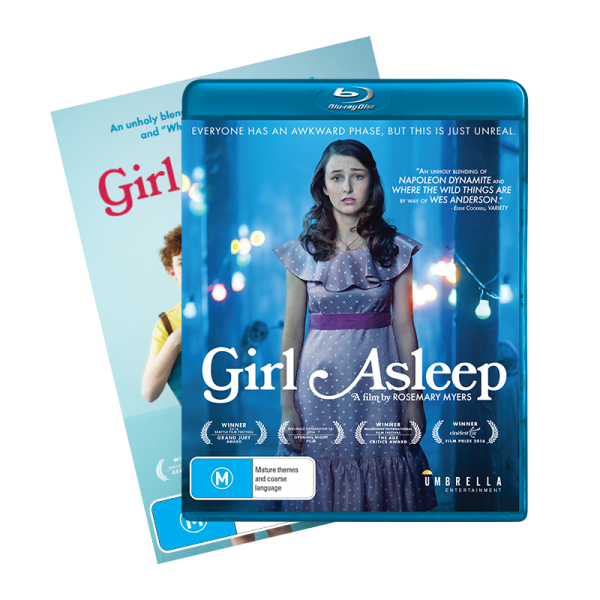 Get your hands on your own copy of Girl Asleep

Lucky Miles was also nominated for Best Film and Best Screenplay at the 2007 AFI and IF Awards and alongside co-producer Lesley Dyer, Jo was honoured with the Best Producer award at the Asian First Awards. Her follow up film, Michael Kantor’s The Boy Castaways premiered at the Adelaide Film Festival in 2014 and on ABC television after a national release, before premiering internationally in 2015. Jo also contributed a chapter to the acclaimed feature anthology Tim Winton’s The Turning, which premiered nationally at the 2013 Melbourne Film Festival and internationally at the 2014 Berlin International Film Festival.

Andrew also shot the Emmy and BAFTA-nominated and AACTA award-winning television series The Slap, and received the ACS Award of Distinction for his work on the 2015 AACTA-winning television series Devils Playground. Andrew’s previous film The Rocket, won the Crystal Bear at the 2013 Berlin Film Festival, and Best Feature Film at the 2013 Tribeca Film Festival. His feature film The Daughter was selected for the 2015 Venice and 2015 Toronto Film Festivals and starring Geoffrey Rush, will be released theatrically in 2016.

In 1993, Karryn applied for funding to direct a short film and hired herself to cut it, realising it was the fastest way to get her break. Michelle’s Third Novel was selected to open the 32nd New York Film Festival, screening before the US premiere of Pulp Fiction.

Since graduating in 1999 from the Australian Film, Television and Radio School, Karryn has worked primarily in documentary, winning numerous awards and receiving multiple nominations from the Australian Screen Editors Association, as well as a 2015 Australian Academy of Cinema and Television (AACTA) nomination for best editing in a Feature Documentary for her work on Tender, directed by Lynette Wallworth. Karryn has also cut more than 20 short films, and her latest work Nulla Nulla was recently nominated for a Crystal Bear at the 2015 Berlin Film Festival, and an AACTA Award for best short film.

Harry creates eclectic music/sound design for screen and live performance. In 2017, he graduated from the Victorian College of the Arts. Recent work includes composing the original score for ROBOROVSKI, the animated short film directed by Dev Patel and Tilda Cobham-Hervey which premiered at the 2020 Adelaide Film Festival. Other notable works include composing the original score for the feature film Girl Asleep, directed by Rosemary Myers and the short film, A Field Guide to Being a 12 Year Old Girl directed by Tilda Cobham-Hervey (Crystal Bear).

Harry scored Atlantis as a part of the Belvoir Upstairs season (Belvoir) and has an ongoing collaborative relationship with Back to Back Theatre, where he composed the original score for the internationally acclaimed video project, The Democratic Set and the third iteration of the video series, Radial, created in collaboration with the National Theatre of Scotland. He also created the score and sound design for Windmill Theatre Company’s Big Bad Wolf.

Harry is currently developing the original score for Wandering Stars, an immersive public sculpture/sound work for the inaugural Rising Festival in 2021.

Bethany’s feature film debut came with PJ Hogan’s Mental, opposite Toni Collette, Anthony LaPaglia and Rebecca Gibney. At only six years old, she scored the role of Jaden in the US miniseries The Starter Wife playing Debra Messing’s daughter.

Harrison is best known to television audiences as the slack-jawed Oscar Bright on ABC’s Upper Middle Bogan, for which he received a 2014 Logie nomination in the category of Most Popular New Talent. He received his first taste of performance for TV by accident.

He was ‘pranked’ by his best friend on the popular children’s comedy Prank Patrol and from there has thrown himself into the world of comedy and acting with passion and enthusiasm, recently attracting the interest of major US-based management. Harrison plays Elliott in Windmill Theatre’s feature film, Girl Asleep.

Amber trained at Flinders University Drama Centre and was a recipient of the Adele Koh Scholarship to study at the Stella Adler Company & SITI Company in New York. Amber most recently performed in Banging Denmark (STC), Small Mouth Sounds (Darlinghurst), and a sold out run of The Appleton Ladies Potato Race (Ensemble).

She can next be seen in the upcoming SBS mini-series The Hunting. Amber has also won two Helpmann Awards for Best Supporting Actress for work in Windmill’s Girl Asleep and School Dance.

Tilda’s portrayal of Billie in the feature film 52 Tuesdays is widely considered one of the breakout performances from the 2014 Sundance Film Festival. Variety called her “a thoroughly beguiling newcomer blessed with offbeat beauty and natural charm.”
The film went on to win the award for Best Director in the World Dramatic Competition.

Tilda’s second feature, One Eyed Girl, sees her playing the title character in this cinematic thriller, also released in 2015. Tilda played the role of Huldra in director Rosemary Myers’ Girl Asleep, which premiered at the 2015 Adelaide Film Festival. Tilda made her television debut in the much-anticipated mini-series The Kettering Incident, alongside Elizabeth Debicki and Matthew Le Nevez.

With most of her background situated in the theatre scene, Maiah has undertaken several training opportunities, including participating in NIDA short courses, Estil vocal coaching, 16th Street Studio and Howard Fine workshops and, recently, an intensive masterclass with Larry Moss. This year, she will lead in Windmill ’s new work, Amphibian.

In addition to acting, Maiah is heavily involved in Adelaide’s filmmaking and writing scene – where she works with other artists to tell unique coming-of-age stories. Her other passions include spoken word poetry, physical theatre, singing and directing.

Imogen studied jazz and classical ballet for 12 years and her education as a music/drama student supports her career as an actor. Recent success includes playing Jasmine in the acclaimed feature film, 52 Tuesdays, directed by Sophie Hyde.

Filming took place over the course of a year and Imogen’s role, while confronting, utilised the range of her acting abilities. Imogen played Genevieve in Windmill Theatre’s feature film, Girl Asleep.

"The most complex and original comedy I’ve seen this year – an explosive film-directorial debut for Myers, and a brilliant showcase for its talented cast."

"An effervescent yet astute splash of teen life that delights the eyes, warms the heart and tickles the funny bone in equal measures."

"This assured debut tells us teenage girls can, and will, save themselves... ★★★★"

"Visually stunning, like a nostalgia trip injected with a Wes Anderson dose of whimsy."

A Note from the Director

‘The forest where they go,’ says psychologist Bruno Bettelheim, ‘symbolises the place in which inner darkness is confronted and worked through; where uncertainty is resolved about who one is; and where one begins to understand who one wants to be.’ Adolescence is like a forest; it’s a time of life that some merrily skip through, some struggle through and for some, a place they enter but never come out the other side. It’s a place of beauty, horror and a place where you can easily come undone.

Over the past six years I have been collaborating with Matthew Whittet to deliver teenage stories to the stage. This time of life, the teenage years, provides us very fertile terrain as it is here we really begin to understand ourselves as individuals, separate from our parents and family, and on the cusp of self-determining who we might be and how we will live. This awareness comes with other realisations, like the parents you may have held on a pedestal are actually fallible, maybe even embarrassing, and that there is a social hierarchy, a pecking order, that must be negotiated and it can be brutal.

In our theatre making we love to capitalise on the live nature of the experience. We rely on our inventiveness and our audience’s imagination to realise impossible things. Our theatre work has been deeply shaped by the screen – the dominant artistic medium of our lifetime – so it was a tremendous adrenaline rush to have the opportunity to use the capacities of this medium; things like multiple locations, editing and point of view, and to make an actual film! But we also wanted to hold dear to our lateral natures evolved in the theatre. Our artists, like scenic designer Jonathon Oxlade and sound designer Luke Smiles, were thrilled to collaborate with film artists, like DOP Andrew Commis and editor Karryn de Cinque. There was lot of creative joy in our coming together and being able to embrace and absorb our respective art forms and create this hybrid storytelling – the realised world of Greta Driscoll and the story of Girl Asleep. 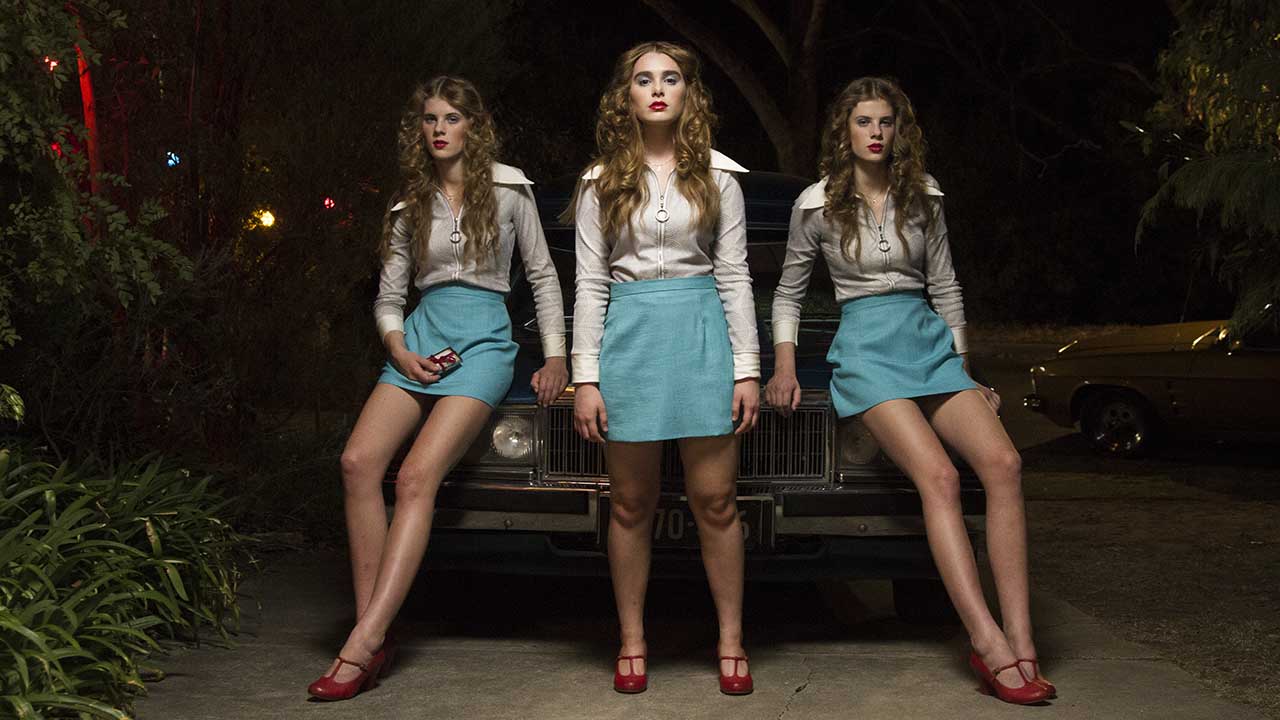 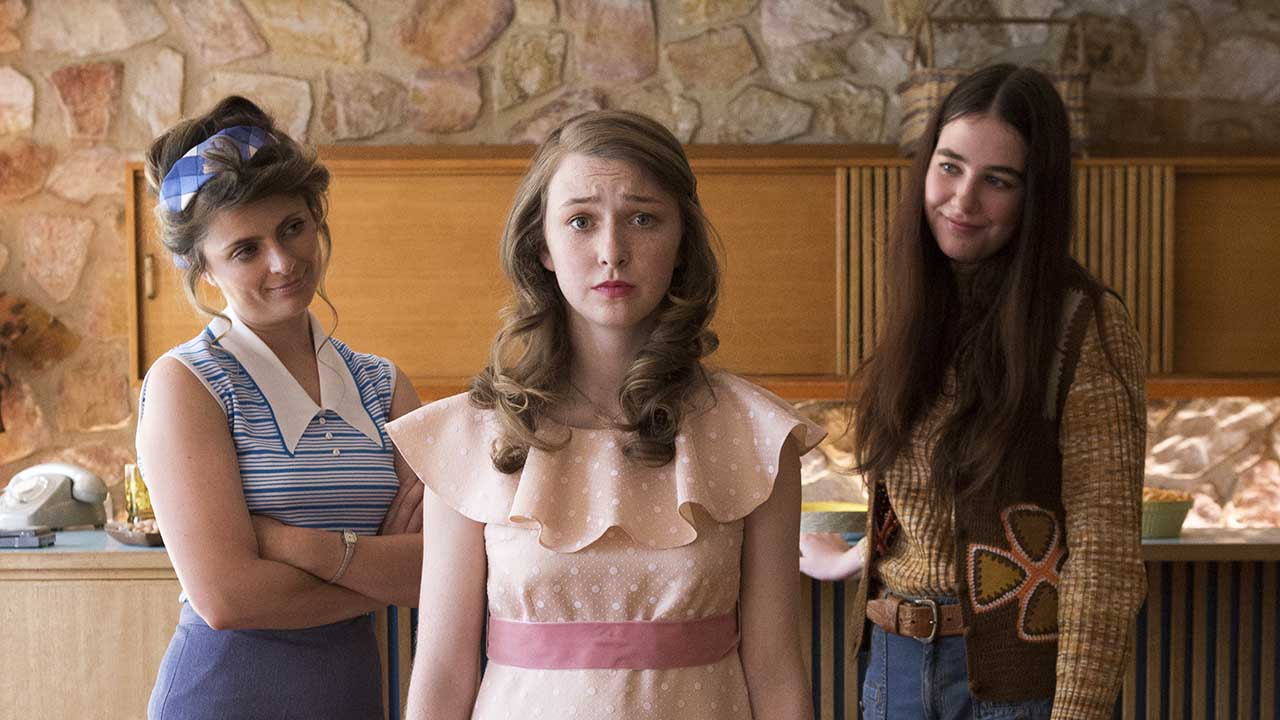 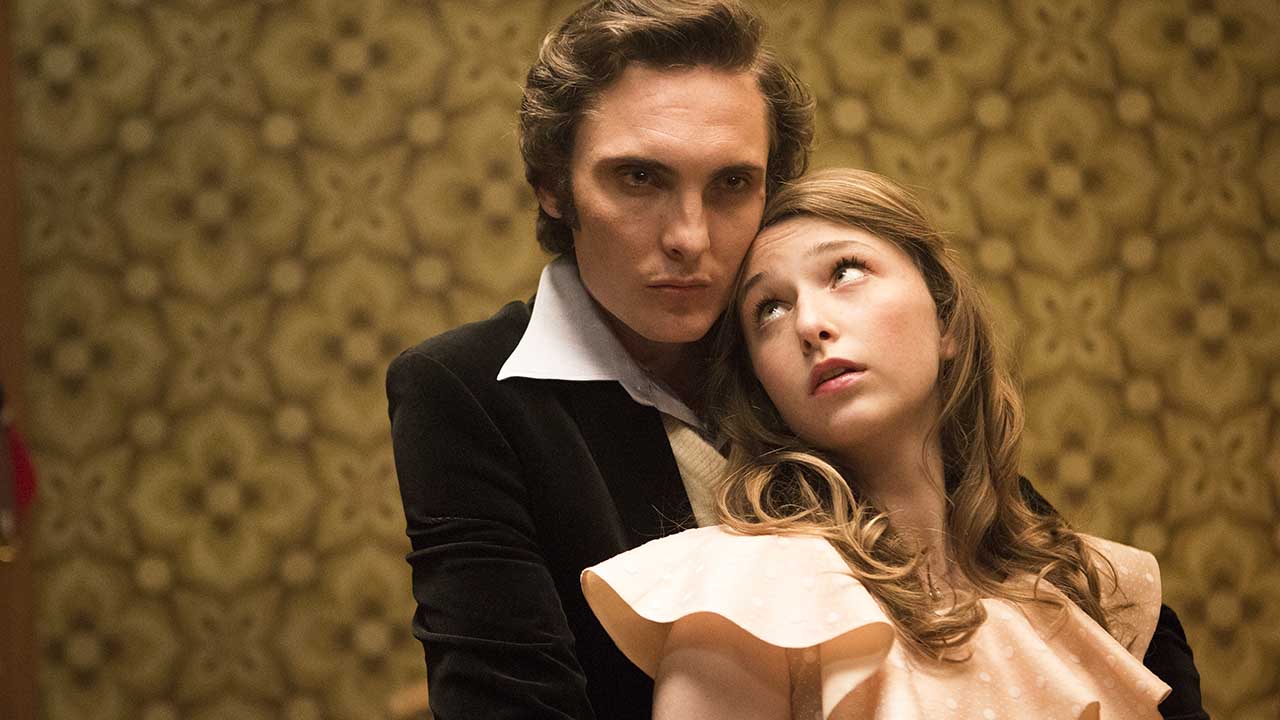 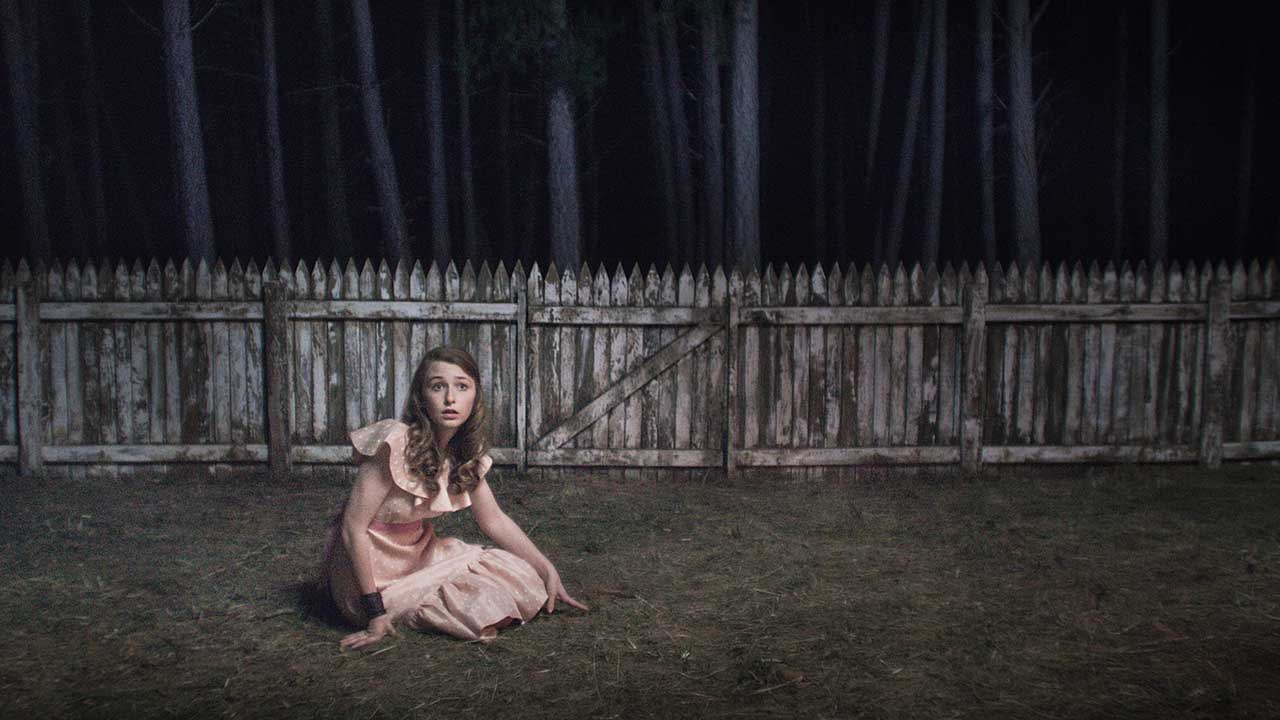 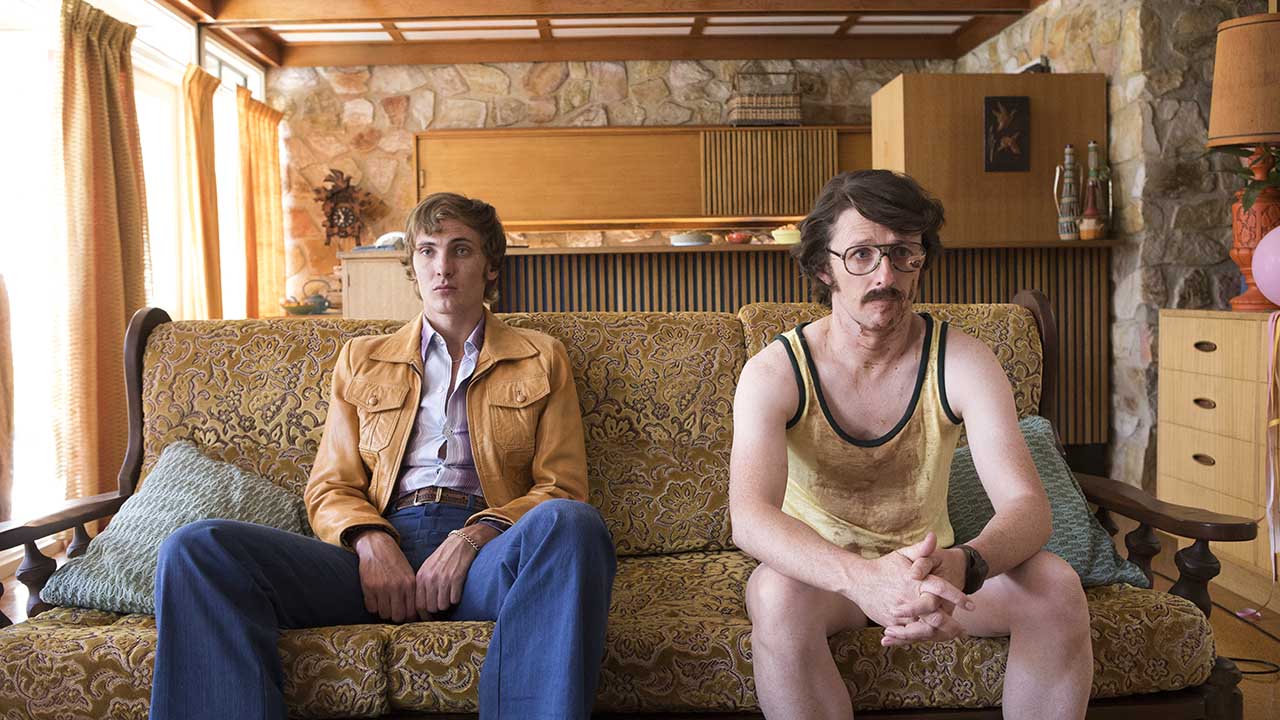 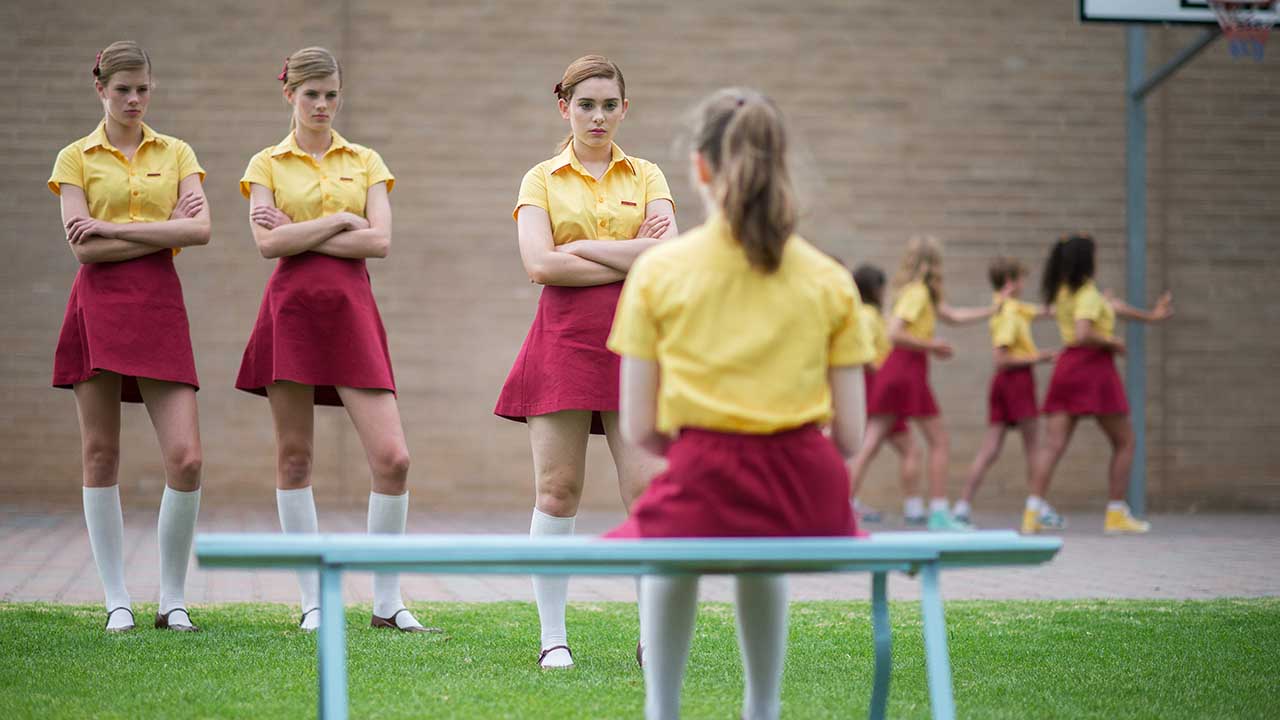 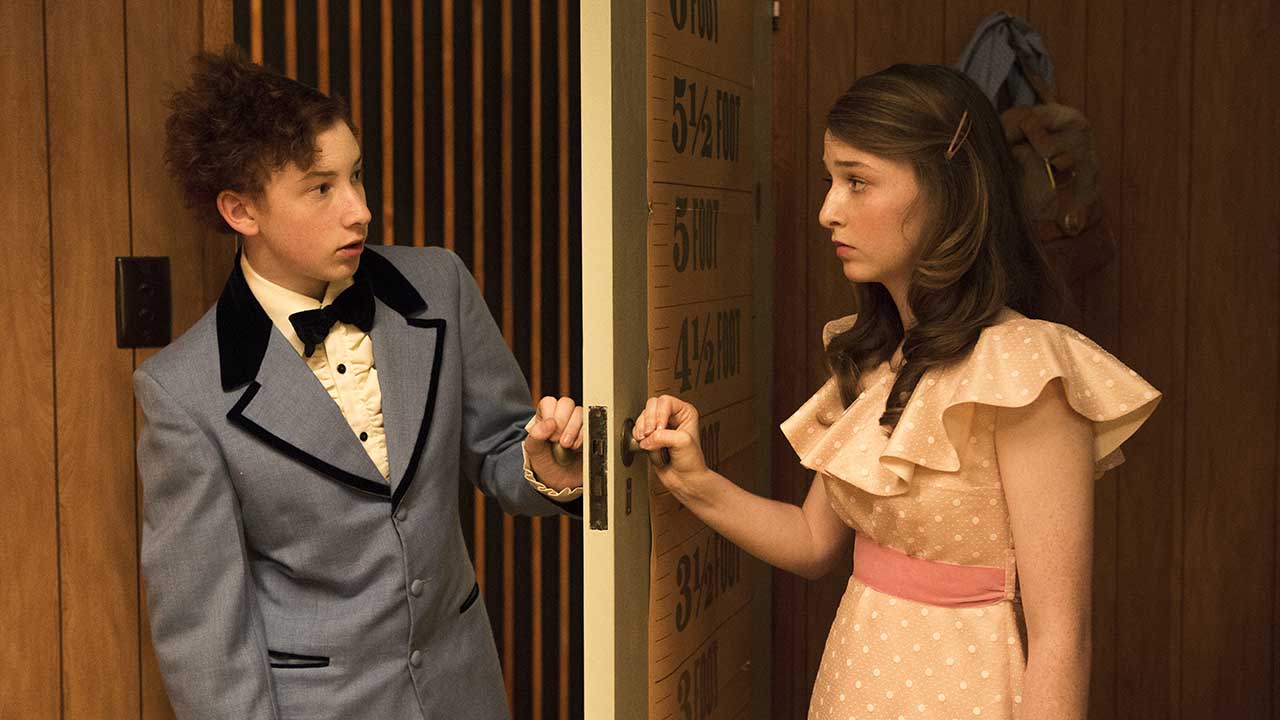 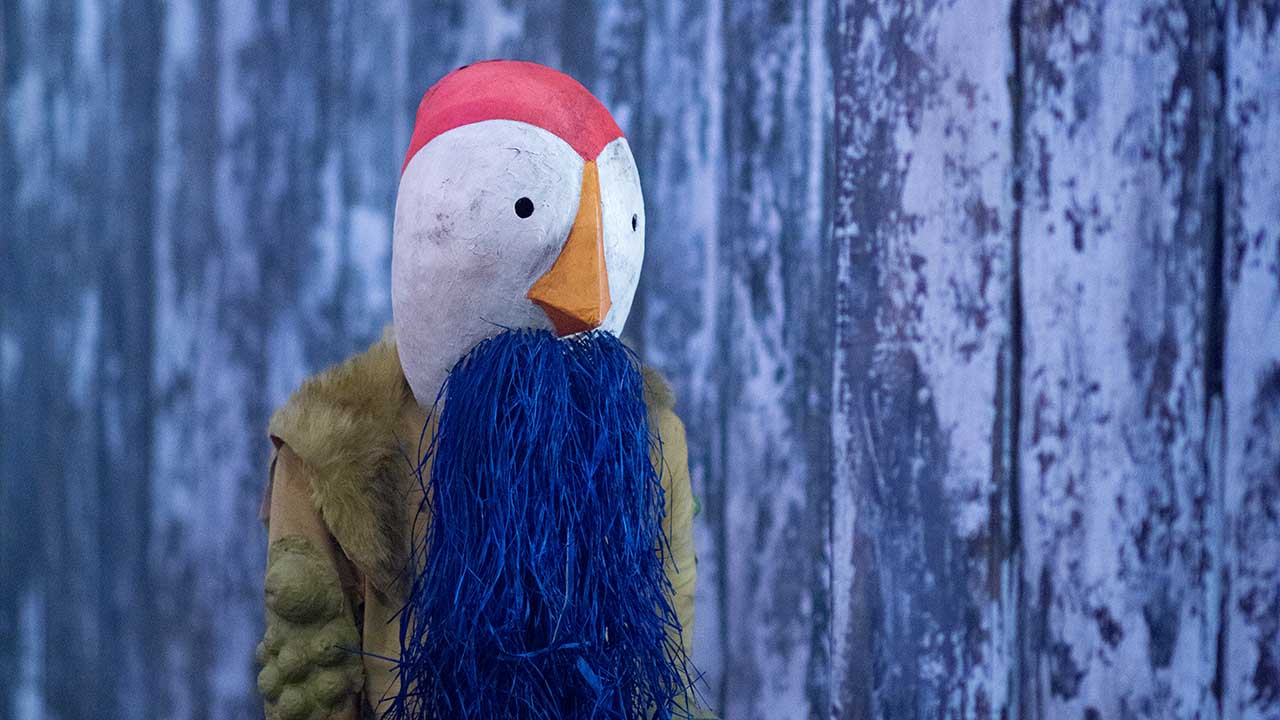 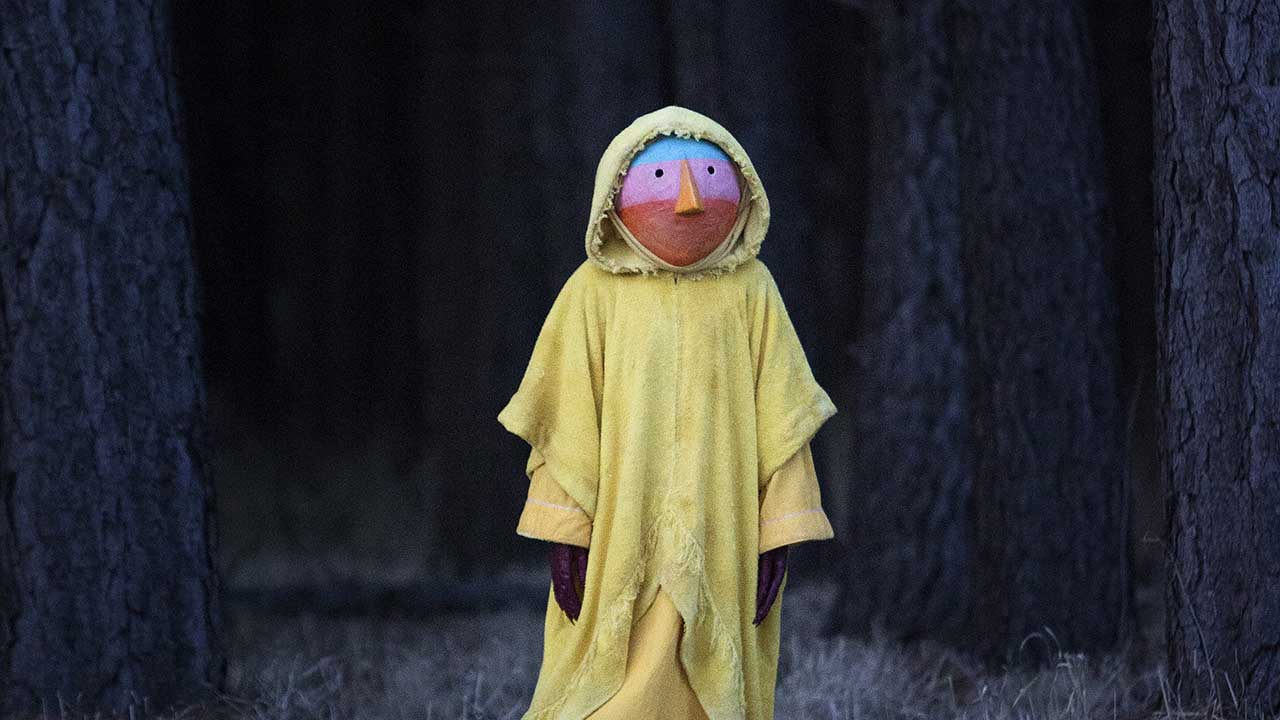 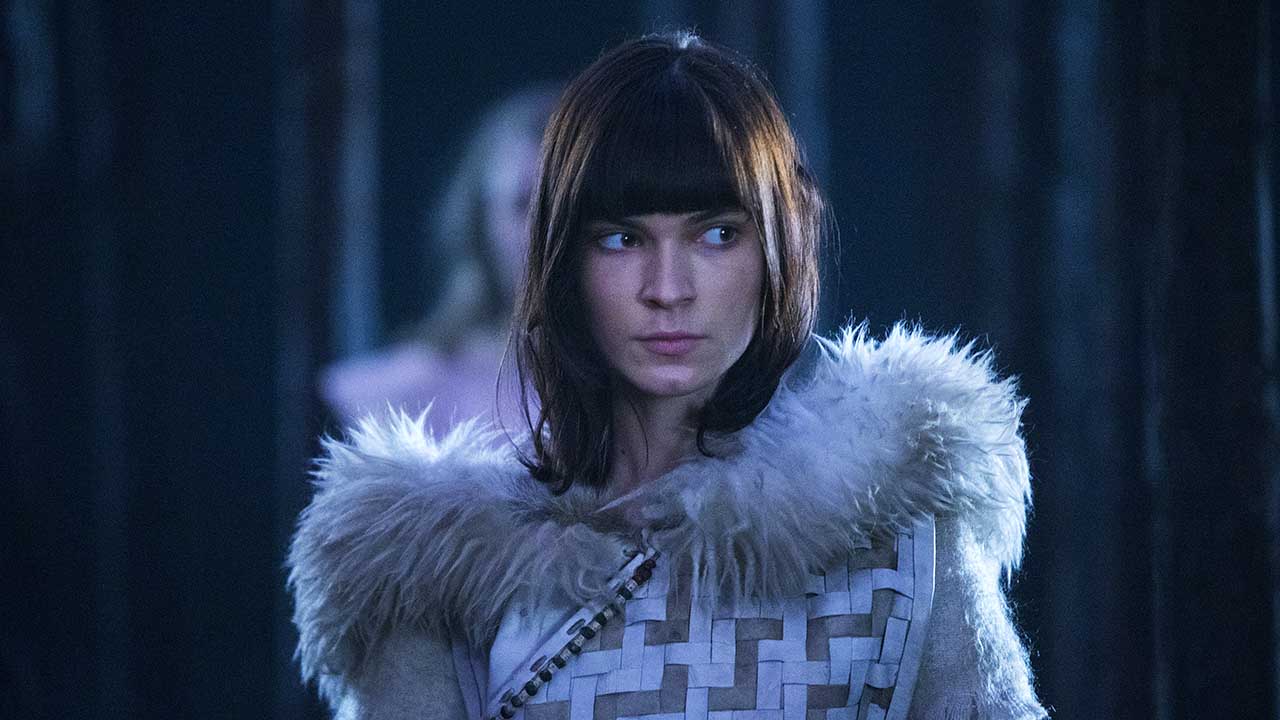 Girl Asleep was produced by Windmill Theatre Company and Soft Tread Enterprises. It was commissioned by Adelaide Film Festival through the Hive Fund, an Adelaide Film Festival initiative with partners ABC Arts, Screen Australia and Australia Council for the Arts. Additional support was provided by South Australian Film Corporation and The Ian Potter Foundation.