Everything was normal on your flight over the ocean… until the plane went down and you crashed on an unknown island!

Now there are vampires, time machines and superpowers to deal with, and any decision could mean life or death. The hardest part? It’s the audience who decides!

This is choose-your-own-adventure theatre, and with your very own hand-held controller, you’ll be steering the play. But think carefully before you make a choice – or you might end up on the island… forever!

He and his work have received 36 awards over the past 13 years, including the 2017 Mickey Miners Lifetime Achievement Award for services to international Theatre for Young Audiences, 2015 David Williamson Prize for Excellence in Australian Playwrighting, six Australian Writers Guild Awards and an inaugural Sidney Myer Fellowship. He has spoken at conferences in ten countries, with papers published and works studied at international universities.

David Heinrich is a Flinders Drama Centre graduate. In 1991, he got his first job hosting Couch Potato on the ABC. David’s theatre credits include The Smile Off Your Face (Ontroerend Goed), The Second Hurricane (ASO), Boy Hamlet (Robyn Archer).

He has also performed in Mr McGee and the Biting Flea (Patch) as well as Escape from Peligro Island and Boom Bah! (Windmill Theatre Co). As a founding member of The Border Project his credits include Highway Rock n Roll Disaster, Please Go Hop!, Trouble on Planet Earth and Vs Macbeth, Half Real (Malthouse, Country Arts SA and Melbourne Festival).

David also and composed and performed in The Border Project’s I Am Not An Animal.

Cameron Goodall studied theatre at Flinders Drama Centre in Adelaide. Since graduating in 2000, he has worked extensively for many of Australia’s major theatre companies. His work has seen him nominated for numerous awards.

These include Helpmann’s for Best Actor (Hamlet) and Best Supporting Actor (The Goat or Who is Sylvia). He is currently a member of Sydney Theatre Company’s permanent actor’s ensemble, The Residents. He last appeared for Windmill in Clockwork Forest. As a founding member of the Border Project he has co-devised, performed in or written music for all of their productions. He has written music for many other shows, won an ARIA with his previous band The Audreys and once appeared in a really embarrassing Pizza ad.

Mark has worked extensively with Sydney Theatre Company, lighting productions such as Holy Day, Mr Kolpert, The 7 Stages of Grieving and many others. Mark has also lit productions for Ensemble Theatre, Brink Productions, Leigh Warren and Dancers, Bell Shakespeare, Magpie 2, Kitchen Sink and the Productions, The Fever and The Lieutenant of Inishmore for Company B. Mark lit Helly’s Magic Cup for Windmill Theatre Co.

Matthew is an artist known for his work with origami and robotics. He coined the term Oribot and created the field of art / science research called Oribotics. In 2009, he created his first robotic percussion work Radiobots, manifesting an idea from a vivid dream.

In 2010, he was one of the inaugural Australian Council funded artists in residence at Ars Electronica Futurelab, where he resided for 6 months creating a new generation of Oribotics. At the conclusion of his residency he had produced his largest ever work, comprising of 50 oribots, 52500 folds, a star exhibit at the Ars Electronica Festival, and a stunning installation in the Ars Electronica Museum.

Ray is a technologist/programmer/electronics designer. Ray is one of Australia’s leading experts in embedded industrial control systems for real-time data and image processing. He has working for over 20 years commercially.

In that time, Ray has designed and implemented industrial control systems ranging from high-speed fruit sorting machines, networked building lighting/security/fire control systems, and computer numeric control routers for guitar shaping. He works from the ground up, developing robust systems for industrial applications. From 2004-2010 he designed the embedded control systems for all the generations of Oribotics.

"Interactive multi-media theatre can be hi-tech cutting edge and absolutely down-the-line traditional all in the same bundle, proves Windmill with this piece of joyful, mischievous theatre"

"The sort of classic story-telling of adventure comics and annuals of yore, complete with cliff-hanger scene-endings" 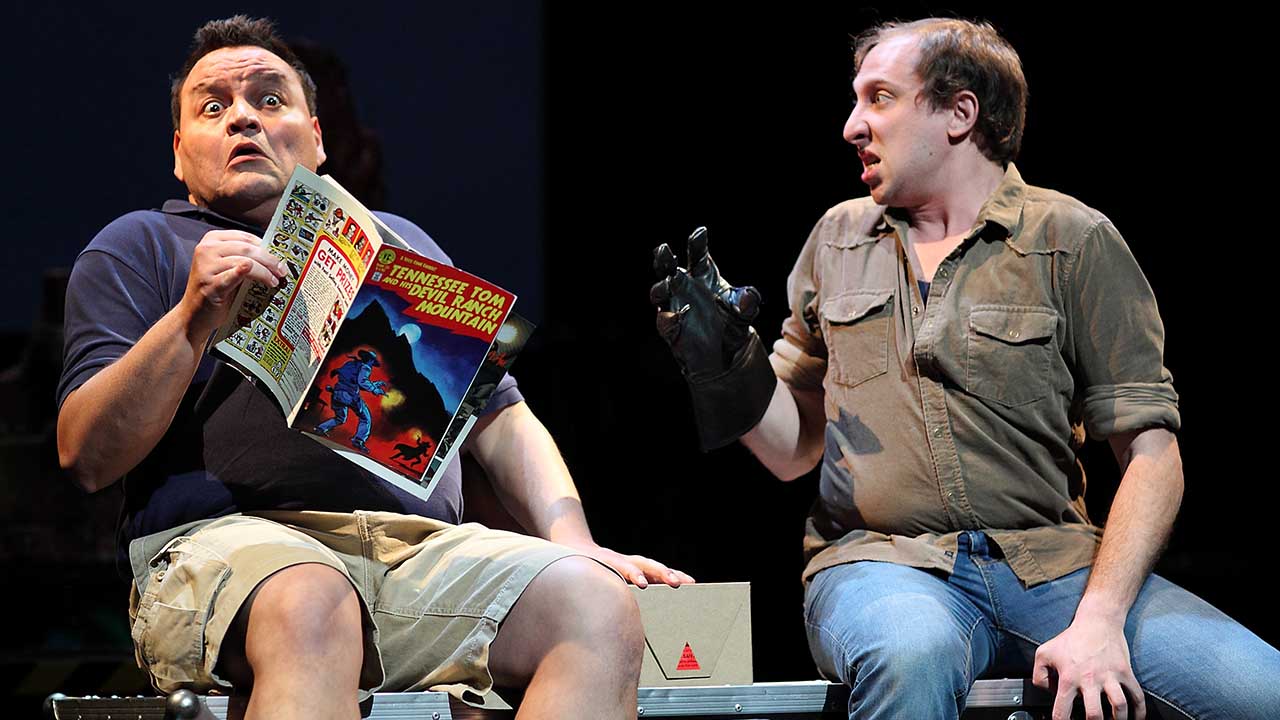 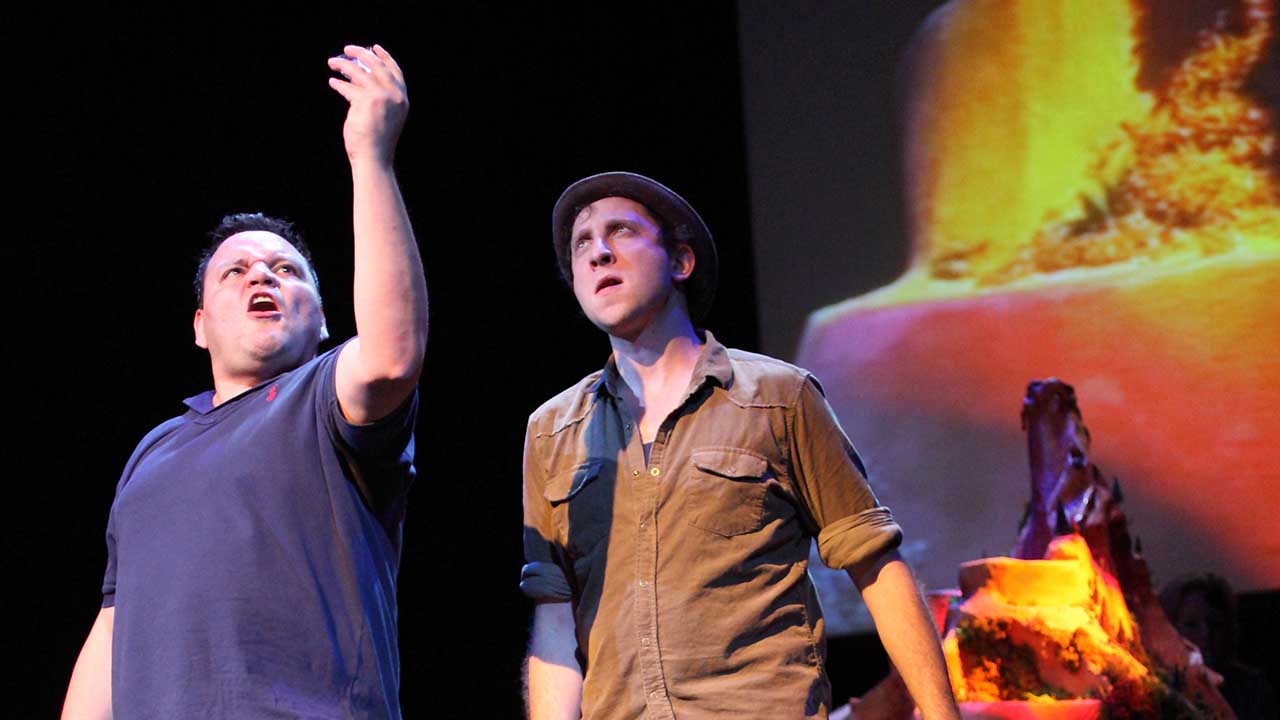 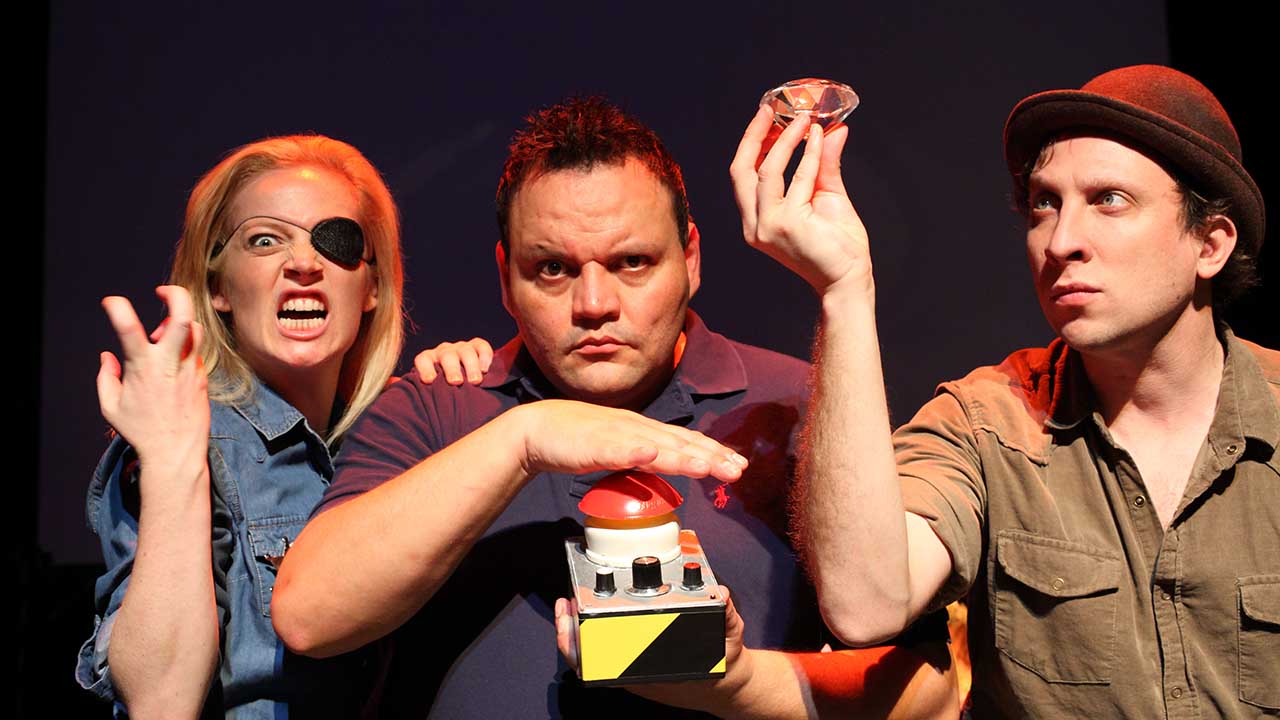 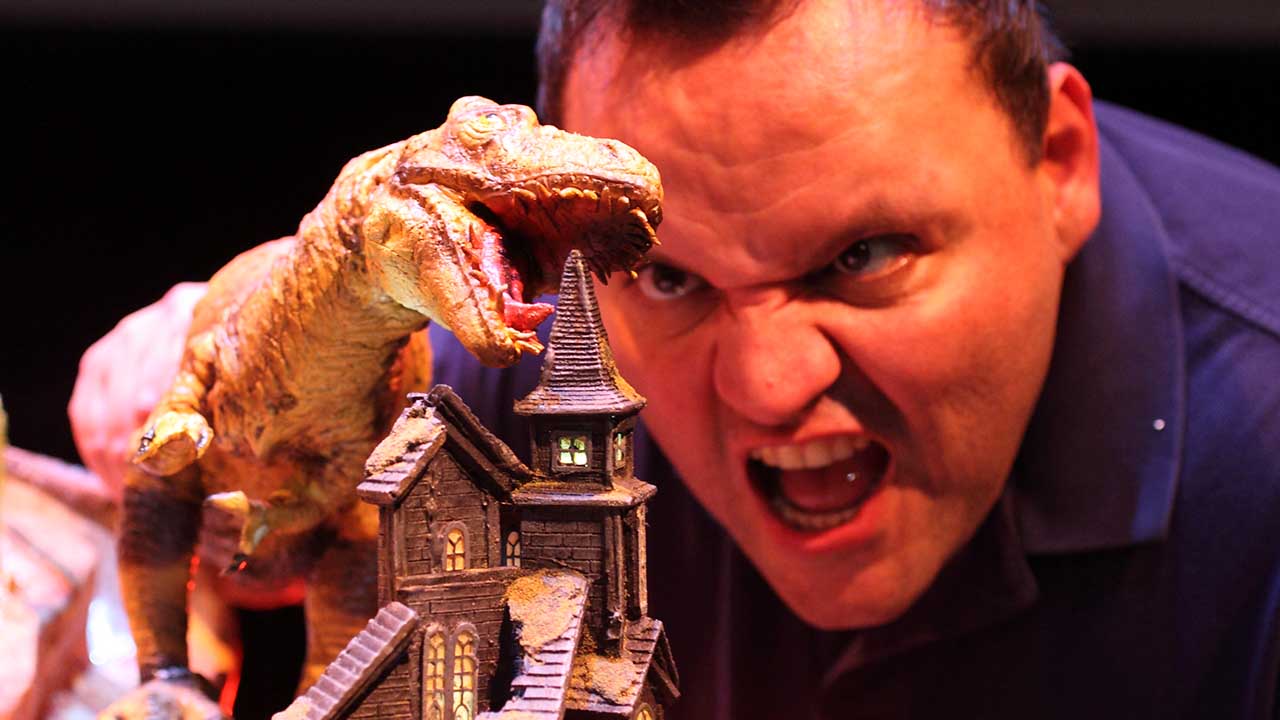 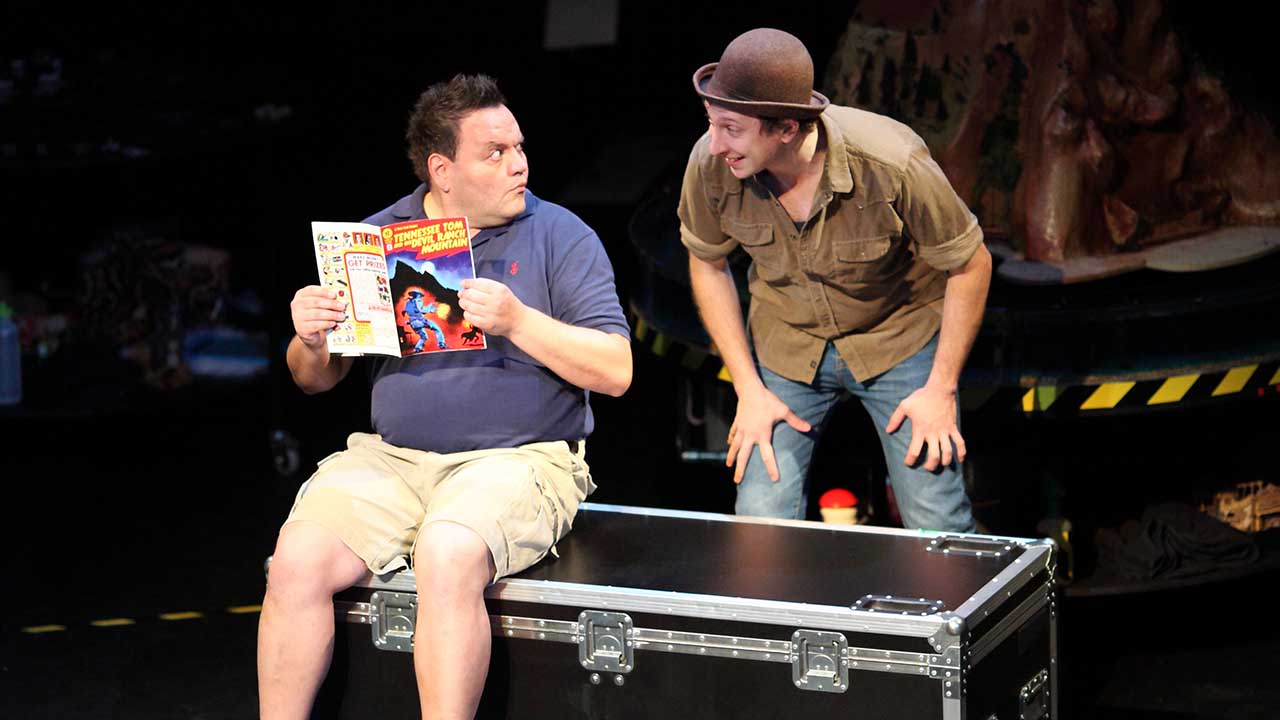 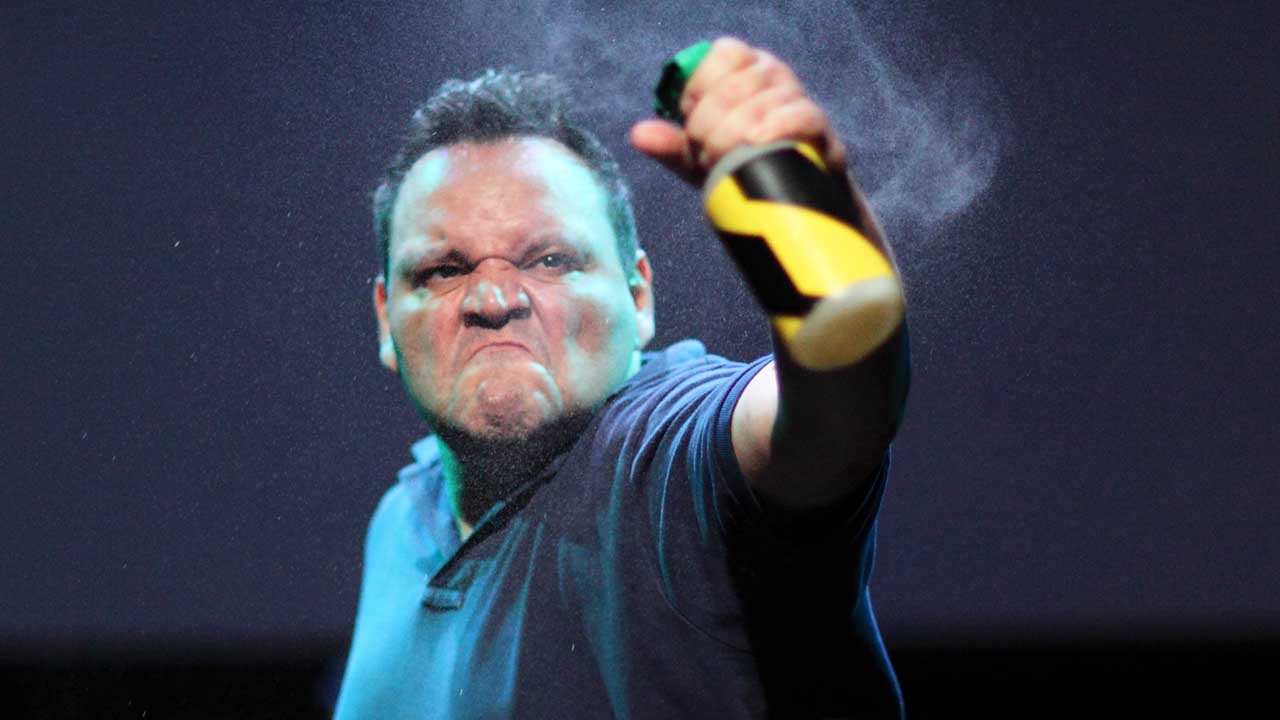 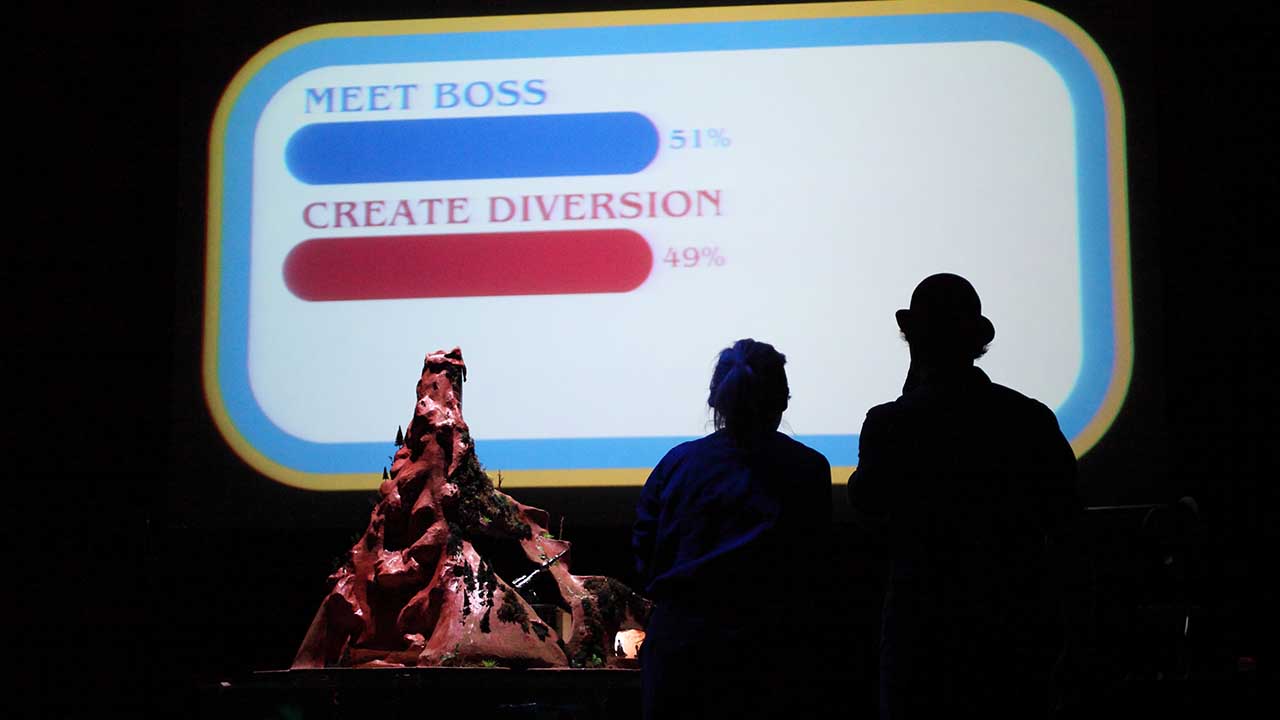 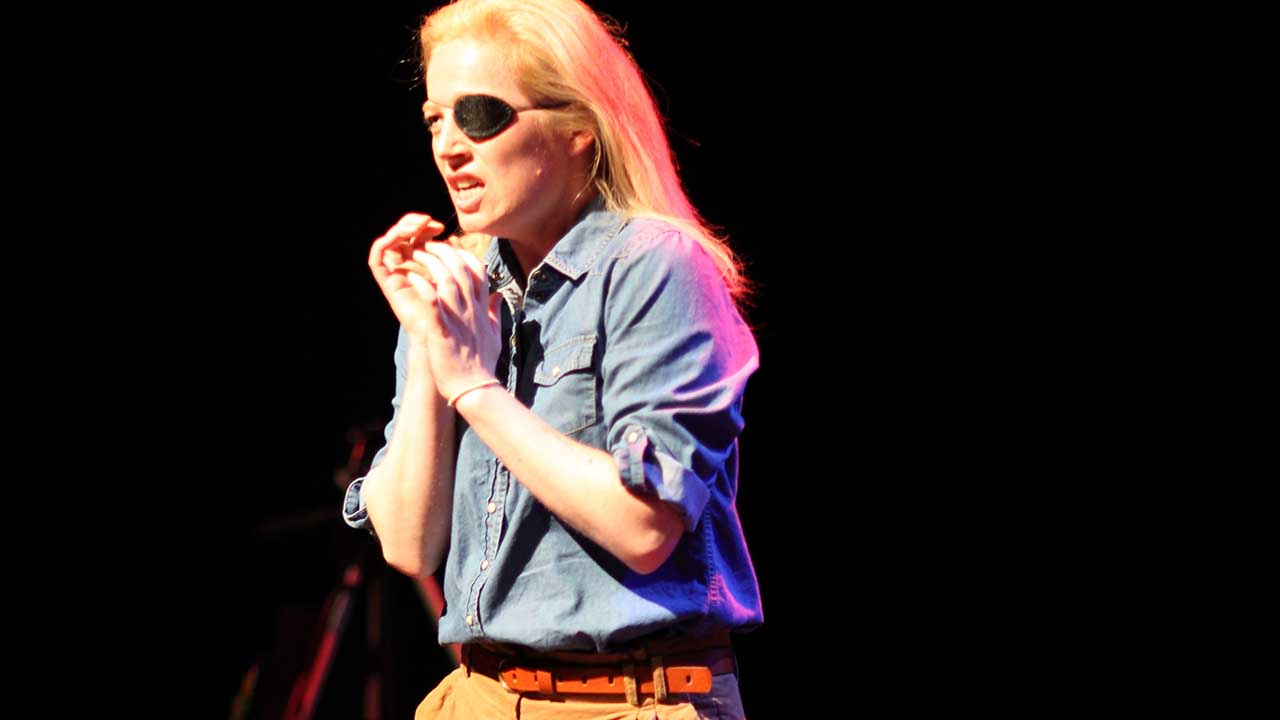 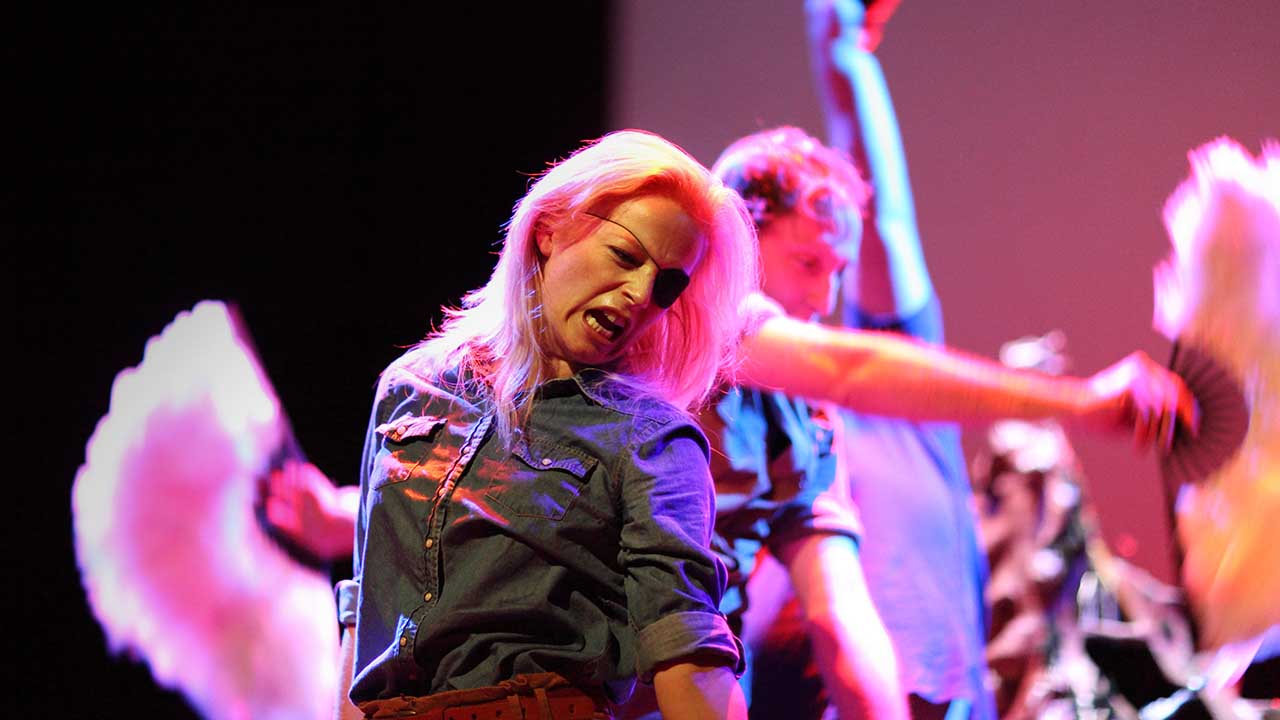 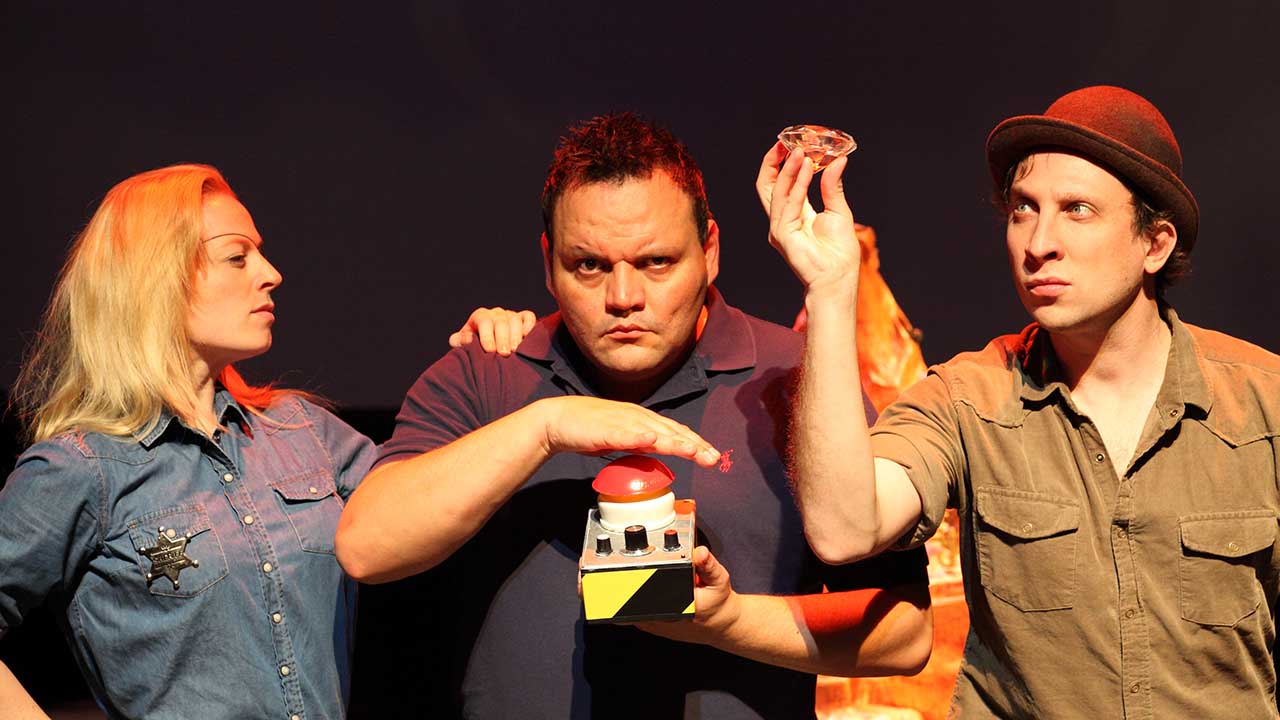 Escape From Peligro Island is a Windmill Theatre Company production, produced in association with The Border Project.