Following a hugely successful season in 2008, we bring back a favourite for our newest and littlest theatre lovers.

Shhh listen, what’s that sound? A mouse creates a single ting with a bowl and spoon triggering a makeshift band. An explosion of rhythm and song springs to life as an ensemble of animals move out of the kitchen and on to the glittering stage, complete with magic cupboard, hatching baby chickens and a gigantic washing machine.

Specially crafted to provide our toddlers and pre-schoolers with intimate theatrical experiences, this musical humbug goes off with a ting-tong clickety bang!

Quincy Grant writes as a freelance composer on commissions from musicians around Australia and internationally. He has worked in theatre with various companies including Brink Productions, Slingsby, Flying Penquin and Windmill Theatre Co.

He has also worked in film for various production houses, and plays in many genres from rock to new music and, most recently, gypsy music with Golonka, and loser songs with Crash Calypso.

David Heinrich is a Flinders Drama Centre graduate. In 1991, he got his first job hosting Couch Potato on the ABC. David’s theatre credits include The Smile Off Your Face (Ontroerend Goed), The Second Hurricane (ASO), Boy Hamlet (Robyn Archer).

He has also performed in Mr McGee and the Biting Flea (Patch) as well as Escape from Peligro Island and Boom Bah! (Windmill Theatre Co). As a founding member of The Border Project his credits include Highway Rock n Roll Disaster, Please Go Hop!, Trouble on Planet Earth and Vs Macbeth, Half Real (Malthouse, Country Arts SA and Melbourne Festival).

David also and composed and performed in The Border Project’s I Am Not An Animal.

Louisa’s professional theatre credits include Actor’s At Work (Bell Shakespeare Company) and Boom Bah! (Windmill Theatre Co). Louisa has also been a part of and performed in numerous productions for Flinders Drama Centre.

These include Metamorphoses, Clark in Sarajevo, The Rope Project, The Hulk Fitzjames, Flight, Loveplay, A Dream Play, Push Up, 21 Short Scenes on Getting There. Her television credits include My Place and East West 101. Louisa has also appeared in films including She Loves Me, She Loves Me Not, Two Fists One Heart and Spike Up.

"A joy to behold... a fun-filled half hour of play and surprise for young and old alike" 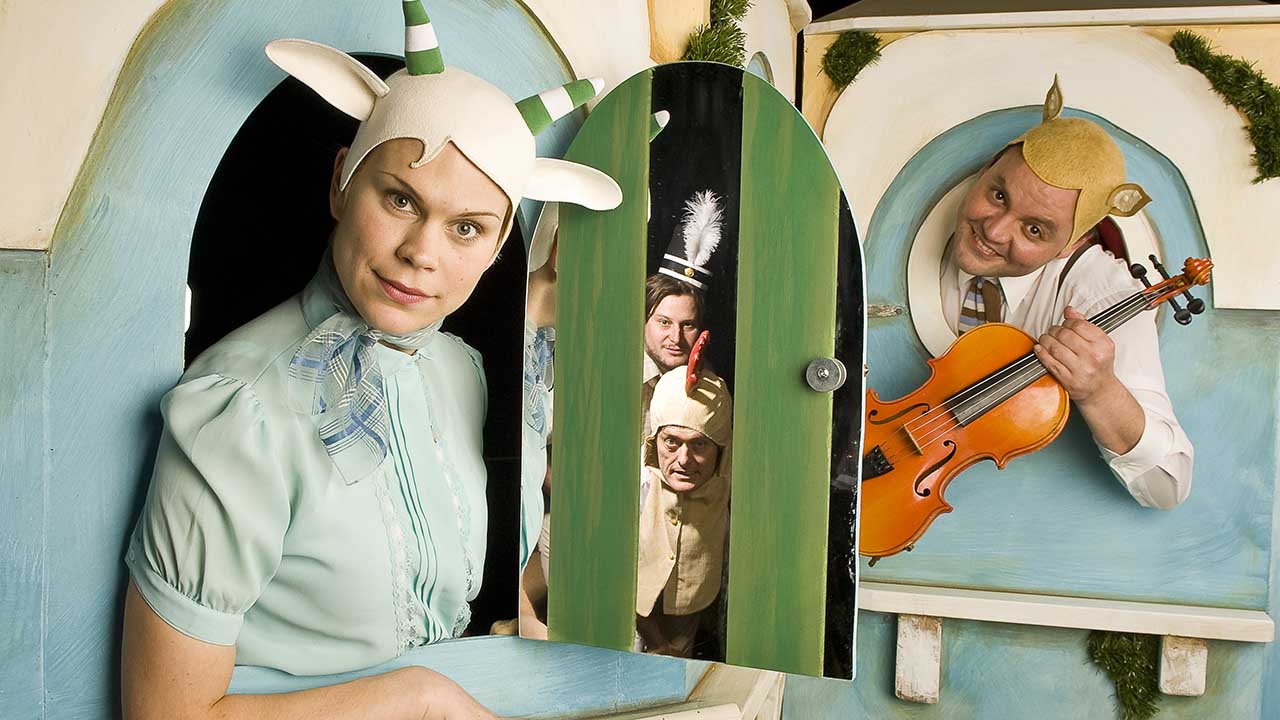 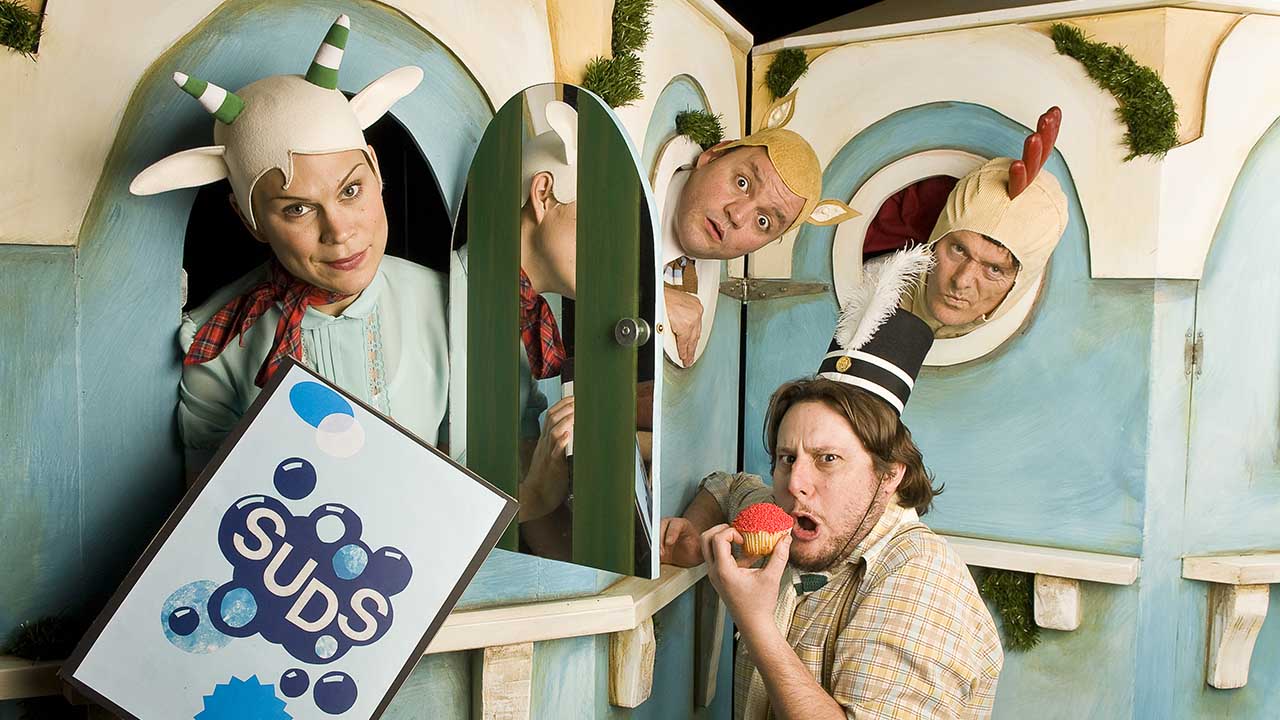 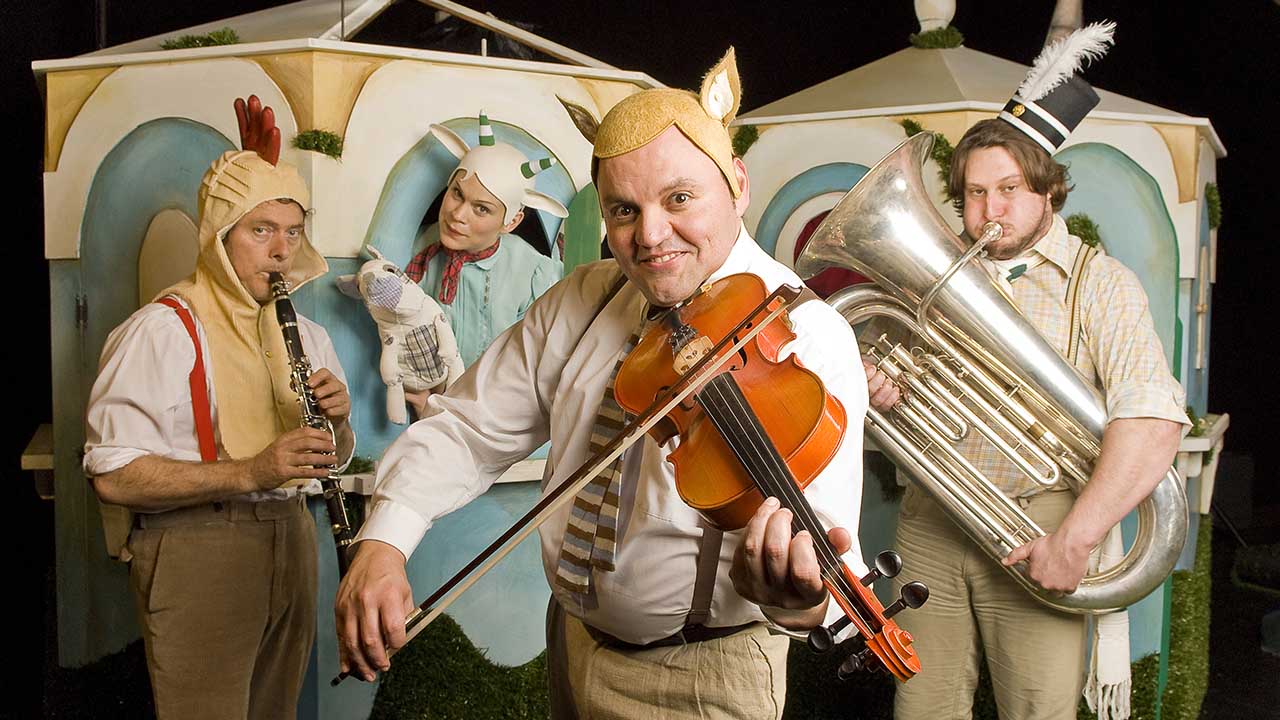 Boom Bah! is a Windmill Theatre Company production based on the book published by Working Title Press.