“Rosemary is an inspiring director, artist and leader,” says Speirs, “and the company has achieved incredible things over the past 14 years with her at the helm. Her vision and ambition has transformed the company and seen it perform on some of the biggest and most prestigious stages in the world.

“The company has also successfully transitioned to making film and television under Rose’s initiative and it’s an exciting development to consolidate this expansion of our operations through the creation of this new role for Rose within the company’s screen arm, and to recruit a new artistic leader for the theatre company.” 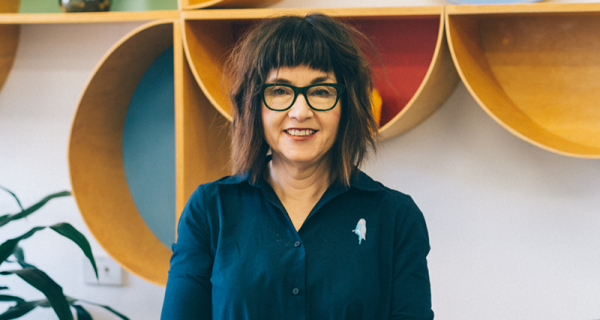 In her new role as Artistic Director of Windmill Pictures Myers will oversee and direct the company’s various screen projects, including Beep and Mort, the company’s first television series, which is scheduled to premiere on ABC Kids later this year.

“Being the Artistic Director of Windmill Theatre Company has been an absolute honour,” says Myers, “to be empowered to take risks and assemble awesome artists to create new works that have then travelled to audiences all over world is something I’m incredibly proud of. I have loved working with the broader team at Windmill who, in my humble estimations, are second to none! With the growth of Windmill Pictures and the opportunities opening up for the company in the screen space, the time feels right to move across and to bring a new voice to guide Windmill Theatre Company into its next exciting chapter.”

Under Myers’ leadership, Windmill has grown into one of the foremost creators of theatre for children, young people and families in Australia, winning over 38 awards, including multiple Helpmann Awards and the prestigious Victor Award at the International PerformingArts for Youth Showcase (IPAY). The company has also expanded its international touring networks, taking shows to theatres across Asia, Europe, the United Kingdom and United States. Rosemary directed the company’s first feature film, Girl Asleep, which won the Grand Jury Prize at Seattle Film festival and led to the establishment of Windmill Pictures. Myers was also awarded the 2017 Australia Council Award for Outstanding Contribution to Theatre.

In 2021, Windmill joined the National Performing Arts Partnership Framework, securing the company’s long-term funding in a tripartite agreement between the Australia Council, the South Australian Department for Education and Arts South Australia.

“Rose is a visionary and a pioneering voice in Australian theatre,” says Windmill’s Executive Director Kaye Weeks, “and I’m thrilled to continue working with her and witness her talents translate into the screen medium. Meanwhile, it will be incredibly exciting to further evolve Windmill Theatre Company’s artistic vision through a new Artistic Director and we are really looking forward to bringing that energy into the company.”

The company has commenced a national search with REĂ Consulting for its Artistic Director, who will step into the role at the beginning of 2023.

“At Windmill, we always want to create work that’s surprising and edgy. We really push the theatrical form and encourage our artists to be bold and experiment,” says Myers, “I’m so excited for the future of Windmill and for the next Artistic Director to take the company, and our audiences, to unexpected places.”

For more information about the position of Artistic Director, click here.