Green Light for Beep and Mort

Windmill Pictures is thrilled to announced its first television series, Beep and Mort, is now in production with the Australian Broadcasting Corporation (ABC) and Screen Australia. Based on Windmill Theatre Company’s award-winning theatre show, Beep, the mixed media series for ABC Kids is also funded by the South Australian Film Corporation.

Premier of South Australia, Steven Marshall says, “Windmill has carved out a global reputation as a leading producer of live theatre for family audiences. It is incredibly exciting to see this local company innovating on its model to leverage their stories onto our screens, and I’m thrilled we have a brand-new children’s series being shot here in studio at the ABC in Adelaide.”

Created for pre-school audiences and their families, Beep and Mort tells the story of two best friends from different worlds, solving their daily dilemmas and unexpected challenges through invention, play and adventure. Beep and Mort explores the ways the organic and the technological can work together and, at its heart, is a series about empathy, community, and the enduring value of friendship.

Head of ABC Children’s Content, Libbie Doherty says, “From the minute Windmill pitched the series to us, we immediately fell in love with these two new preschool stars – the unique and incredibly cute Beep and Mort. We are thrilled to be working in Adelaide with Kaye, Rose and the creative team who have created a beautifully warm and wholly original world, including a 6m set! Designed for the youngest ABC audience this whimsical series will gently ignite their minds and warm their hearts.” 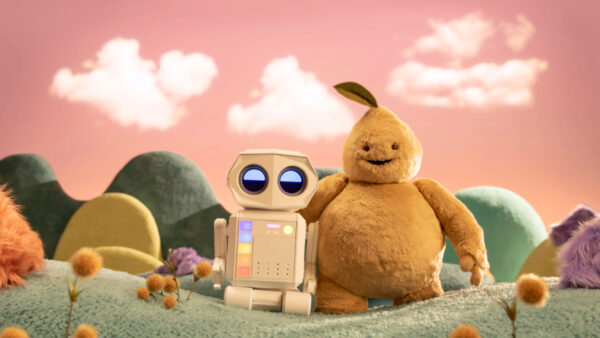 Screen Australia’s Head of Content, Sally Caplan said, “We’re proud to support this incredibly talented creative team, including Rosemary Myers’ first foray into television, bring this highly original project to life. Beep & Mort is a charming series exploring themes of self-discovery and the enduring value of friendship, and it is set to delight pre-schoolers and their families on ABC.

Director, Rosemary Myers says, “Throughout the creative development of this series, we have drawn on our theatrical roots but also integrated new technologies. The result is a contemporary hybrid form of puppetry that blends hand and rod puppets with post animated object puppets. In a screen landscape dominated by animation, we want to create a textured, built world that children feel they can almost step into and walk around in.”

Producer, Kaye Weeks says, “We’re thrilled to be making this show for our much-loved ABC, and it’s a realisation of our aspiration to take Windmill’s signature style out into the world through the television medium. We have a wealth of creative talent residing in this state in the theatre and screen sectors and we’ll be drawing on both to make this series.”

Beep and Mort will premiere on ABC Kids in late 2022.

A Windmill Pictures Production. Created for television by Rosemary Myers and Kaye Weeks. Production and character design by Jonathon Oxlade. Based on the Windmill Theatre Company play co-created by Sam Haren, Jonathon Oxlade and Katherine Fyffe.